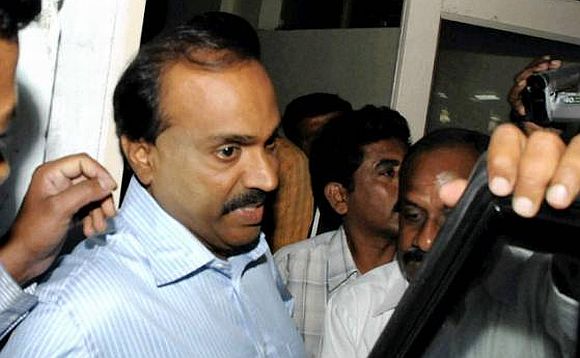 The noose is tightening around the neck of those involved in the cash-for-bail scam involving Karnataka's mining baron, Gali Janardhan Reddy, especially in the wake of the startling revelation made by case accused and Nacharam history-sheeter Yadagiri Rao.

In his confession before the Central Bureau of Investigation, Rao stated that the entire bail deal for Gali Janardhan Reddy was for a sum of Rs 20 crore, but only Rs 9.5 crore was given to him.

Rao claimed that Janardhan Reddy's brother, Somashekar Reddy had told him that the remaining money would reach him only after the Andhra Pradesh high court would set aside the appeal by the CBI, challenging Reddy's bail plea.

Rao, who was arrested by the CBI in the case in which a sitting judge Pattabhirama Rao is allegedly involved, hails from the Prakasham district of Andhra Pradesh.

Here's is what Rao told the CBI sleuths:

"Janardhan Reddy's lawyer Umamaheshwar Rao is known to me since the past 6 years. His junior, Aditya is also known to me since the past one year. I knew former judge Chalapathi Rao who was the one who convinced Pattabhirama -- the judge handling the Reddy bail case. I knew Chalapathi Rao for a long time and I had once given him and Pattabhirama Rs 1 lakh and Rs 10 lakh respectively in an earlier case where I helped a police officer under the CBI net get bail. 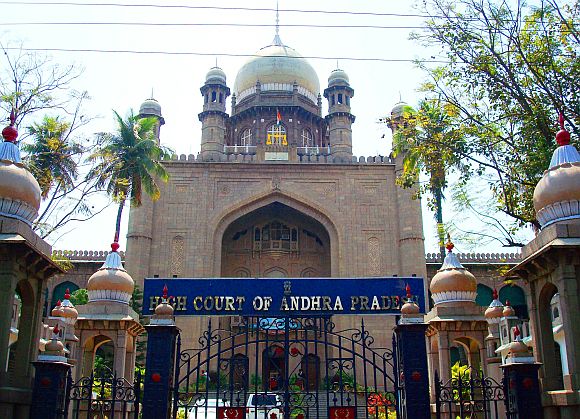 "I met Somashekar Reddy and also a relative of theirs, Dasharath Reddy through Aditya. We discussed the Reddy bail matter and I agreed to strike the deal even as Aditya told me that the matter is very sensitive and I had to strike the deal with caution.

"On the same day, I spoke to Somashekar Reddy and Aditya about the same and I quoted Rs 20 crore as the amount. I said that both Chalapathi Rao and Pattabhirama should get Rs 5 crore each and I should also get Rs 5 crore. I said that I needed an additional Rs 5 crore for high court-related expenditure.

"Somasehkar Reddy then said that he needed some assurance that Pattabhirama had agreed to go ahead with this deal. On May 9, I met Chalapathi and told him what Reddy was saying. On May 10 at 9 pm I met Umamaheshwar and Dasharath and discussed this in the presence of Chalapathi Rao. Over there Rao spoke over the phone to Pattabhirama and it was decided that the judge's son Ravichandran would meet and give the assurance.

"Ravichandran was supposed to meet us at the Masabh tank. However Somashekar Reddy called us all to the Paradise hotel in Hyderabad. However, Ravichandran, despite coming there, was reluctant to get out of the car, but somehow the assurance was given.

"It was then that Somashekar Reddy decided to close the deal. He, however, said that Rs 10 crore would be given now and the remaining only after the high court confirms this order in which bail is granted to Reddy.

"On May 11, the bail was granted and I met Somashekara Reddy the same day at 7 pm. There were nine bags in which Rs 4.5 crore was divided. He said that the rest of the money would be given after he sees the order and this would be sent through the driver. I took the money and came home.

"I first sent Rs 3 crore to Chalapathi and also gave Rs 1 crore to Aditya. Rs 36000 was given to a government servant. Rs 6.56 lakh I used to release some gold that I had pledged. My lawyer Sharath Kumar was given Rs 10 lakh. I also purchased a Maruti Swift for Rs 8.10 lakh."

Based on this confession, the CBI is conducting further investigations.

The next person to be probed is most likely Somashekara Reddy.