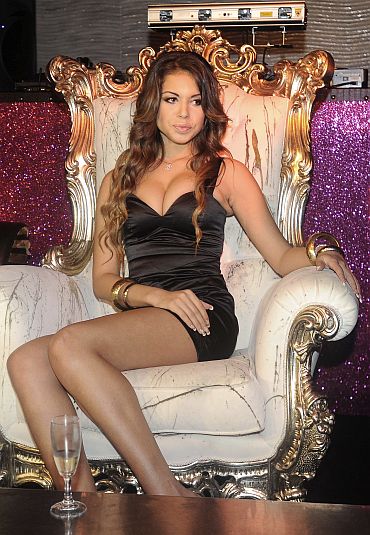 Image: Teenage nightclub dancer Karima El Mahroug of Morocco poses during a photocall at the Karma disco in Milan in this November 14, 2010 file photo
Photographs: Reuters

The women lived rent-free in the estate and were given large sums of cash by the billionaire Italian politician in return for sex, The Independent reported, citing leaks from prosecutors in Milan.

Milano Due was one of the first gated housing estates in Italy, a sprawling complex of apartments set in landscaped gardens, built by Berlusconi himself in the 1970s when he was a thrusting young property developer.

The existence of the flats was revealed by Karima El Mahroug, a teenage belly-dancer from Morocco who trades under the name of Ruby Rubacuori, "Ruby heart-stealer". 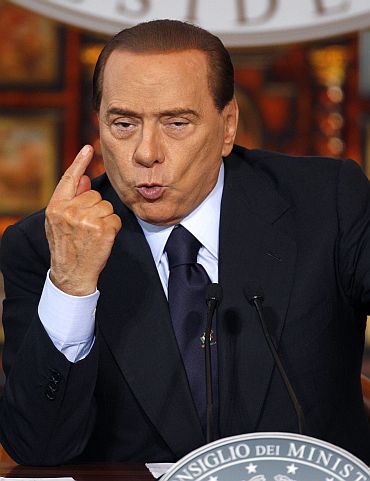 With underground parking, a supermarket, bars and other facilities, it is one of the most fashionable addresses in the Milan hinterland.

When Berlusconi moved into television he located the headquarters of Mediaset, his TV company, in London.

But in his declining years, the estate has also become the headquarters of his harem, Italian daily Corriere della Sera said, in yet another blow to the battered image of the Prime Minister as he prepares to defend himself against what could be the gravest crisis of his political career.

Prosecutors in Milan are demanding that he be put on trial immediately for having sex with an underage prostitute.

A court recently lifted partially Berlusconi's immunity from prosecution for trial on a charge of having sex with the dancer when she was 17. Sex with a prostitute under 18 is punishable by up to three years in jail in Italy. 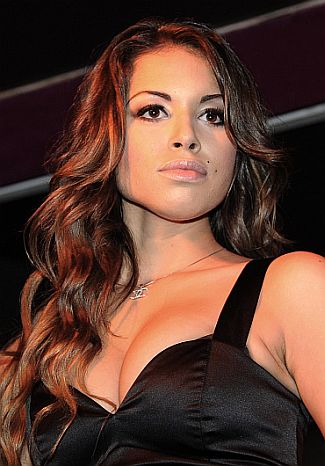 Image: Teenage nightclub dancer Karima El Mahroug of Morocco poses during a photocall at the Karma disco in Milan in this November 14, 2010 file photo
Photographs: Reuters

Asked why Berlusconi gave her the money at the first of several evening parties she said she attended at one of his villas outside Milan, Ruby replied, "because I had just arrived in Milan and he knew of my difficult family situation" and wanted to help.

As in other interviews Ruby has given, she reiterated that there was 'absolutely no' sex between them.

Ruby, now 18, said that guests dined and danced at the parties and that Berlusconi "sang and told jokes."

Prosecutors say they are investigating whether the premier had sex with the then-17-year-old girl and then used the powers of his office to try to cover up the encounter.

Prosecutors issued a summons on Saturday for Berlusconi and his lawyers to appear for questioning.