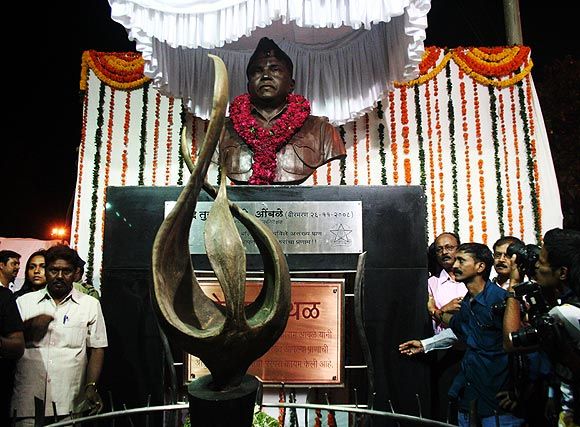 Rediff.com's Abhishek Mande was present at an event where political tamasha and inflated egos gained prominence over the sacrifice of a valiant cop who stopped Ajmal Kasab from running amok in Mumbai.

Around this time three years ago, Tukaram Omble was just a assistant sub inspector of Mumbai police reporting for duty. When his superiors called him in for a bandobast duty that night at the Girgaum Chowpatty junction along Marine Drive in South Mumbai, he just followed their orders.

Realising that the entire area was surrounded by policemen, a silver Skoda car, which had Pakistani terrorist Ajmal Kasab inside along with another terrorist, rammed into a divider after taking a sudden U-turn.

Soon Omble pounced on the terrorist and had about 6 bullets pumped into him.

It is hard to imagine what havoc Kasab would have wreaked had Omble -- who was posthumously awarded the Ashok Chakra -- not done what he did. The NSG would have been fighting three battles at the same time -- one at the Taj Mahal hotel, the second at the Chabad House and third at whichever place Kasab would have landed.

Three years hence, the greatest concern of Shiv Sena -- that holds a majority in the city's civic body -- and the Congress party was who would inaugurate the bronze bust at the spot where Omble was killed.

At the end it was Uddhav Thackeray, the executive president of Shiv Sena, who did the honours. 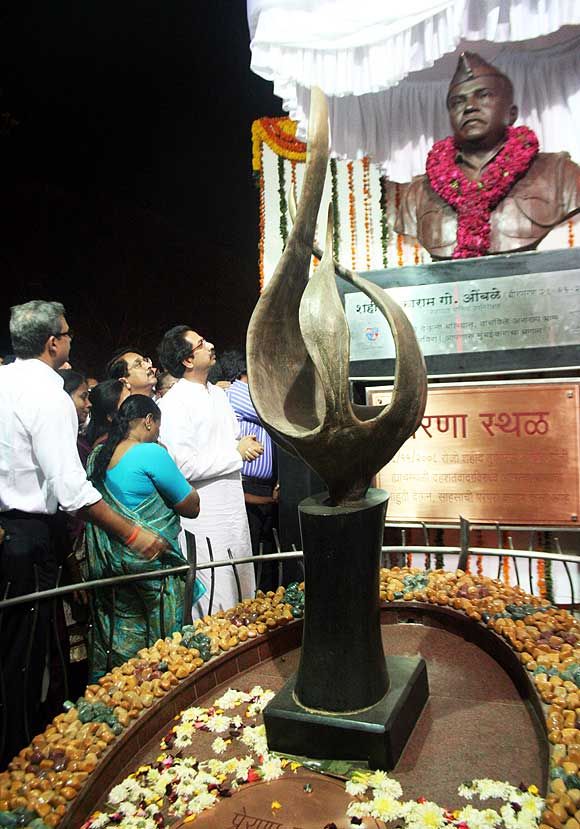 In a somewhat hurried and a spectacularly messed-up ceremony, Thackeray arrived after dozens of saffron flag bearing supporters on bikes announced his arrival.

Omble's family -- his wife and daughter among others -- waited patiently as the Sena leader got off his car and walked towards them.

The scene at the traffic junction was utterly chaotic as at least a few dozen camerapersons and a crowed of a few hundred had gathered around the tiny memorial, which stands under a footbridge.

Thackeray first unveiled the four-odd-feet high bust after which there were a few half-hearted hails for Omble. 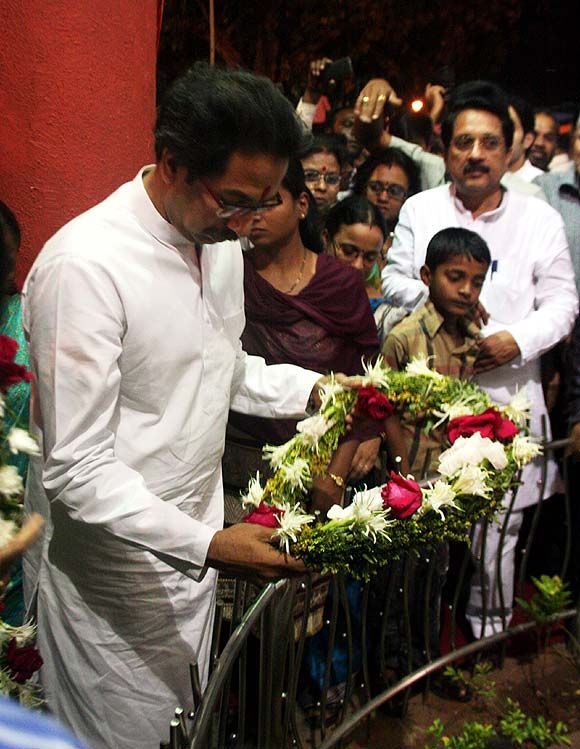 As a party worker waved a giant-sized saffron flag, Thackeray tried to make his way around the bust to lay the wreath.

More confusion followed as Thackeray almost found himself being pushed around before he could actually find a proper place to stand -- everyone who was someone clamouring over each other for their 15 minutes of fame.

Amidst the clamour, a family stayed on and watched everything silently. 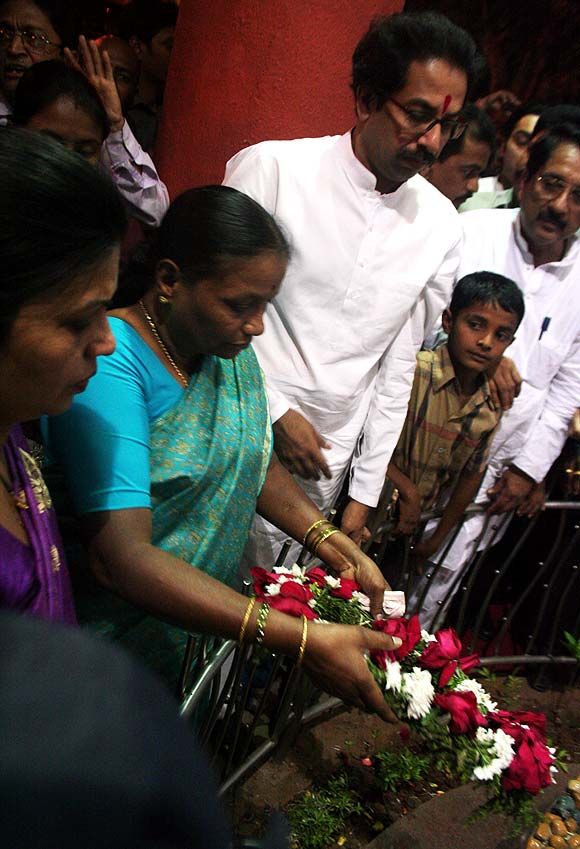 Over the three years, the Ombles seemed to have had enough of reminding. None of them seemed very happy with the idea of being there and were there perhaps because they had to.

Camerapersons cornered them for a sound bite but they excused themselves from the tamasha.

Even as journalists kept asking thrusting their microphones at them, the Ombles opted to leave as they'd arrived -- quietly without much fanfare. 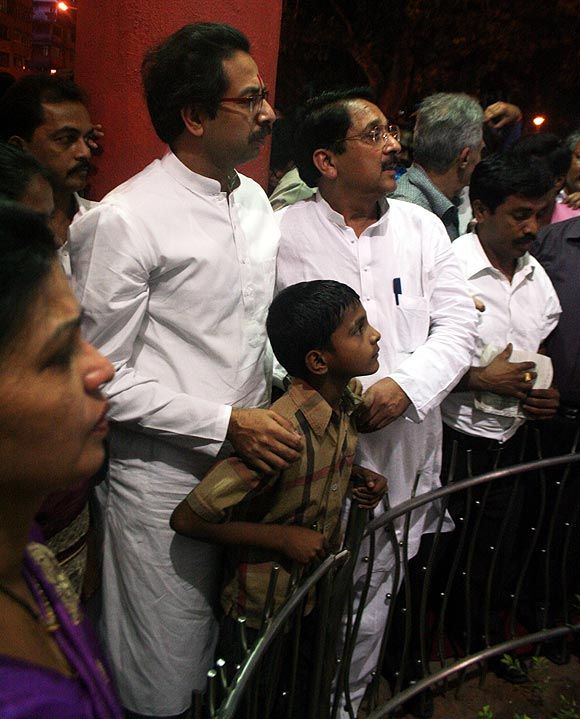 As Omble's wife, Taramati walked towards the car, one journalist asked her for her name. He jotted it down on a piece of paper and asked her why she didn't want to talk.

"We just don't," she replied quietly with no hint of anger but rather a deep sense of fatigue.

Then she and her family got into the car that the municipal corporation had provided and drove away as the signal where Tukaram died turned green.

Click on MORE to visit our SPECIAL COVERAGE of the third anniversary of the 26/11...