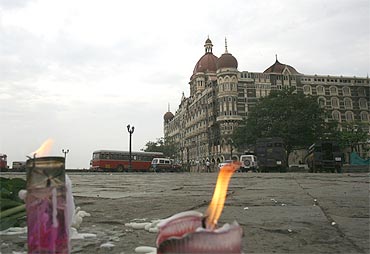 B Raman, India's leading expert on terrorism, points out how lack of victim activism has helped governments escape accountability in terror-related cases.

Since the Madrid conference on 'Democracy & Terrorism' held in March 2005, to which I was invited, I have been repeatedly writing and speaking on the need for victim activism in India in order to make the Government of India act effectively against terrorism and Pakistan, the State sponsor of terrorism against Indian nationals, but in vain.

Since Pakistan's spy agency Inter-Services Intelligence started using terrorism as a strategic weapon against India in 1981, we have had four acts of mass casualty terrorism in which there were more than 150 fatalities.

These were the blowing up of Air-India's Kanishka aircraft by the Babbar Khalsa, a Khalistani terrorist organisation, on June 23, 1985; the serial bomb blasts in Mumbai on March 12, 1993 carried out by a group of Pakistan-trained terrorists directed by Dawood Ibrahim, now living in Pakistan; the multiple blasts on some suburban trains of Mumbai on July 11, 2006, carried out at the instance of the Lashkar-e-Tayiba; and the sea-borne attacks in Mumbai by 10 Pakistanis recruited and trained by the Lashkar with the ISI's help from November 26 to 28, 2008.

Why governments have escaped accountability in terror cases 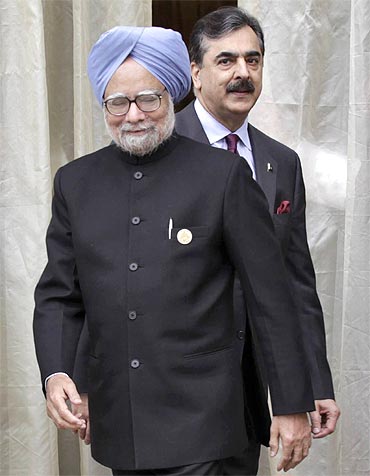 The relatives of the Canadian victims on board the ill-fated Kanishka pursued their case against the Canadian authorities for the latter's negligence in protecting the aircraft, which took off from Toronto.

As a result, the Canadian government was forced to re-investigate the entire case and take necessary follow-up action.

In the other three cases, which took place on Indian territory, the total lack of interest by the relatives of the Indian victims in pursuing the cases from the point of view of justice and compensation to the affected families, has enabled governments responsible for the tragedies escape accountability. 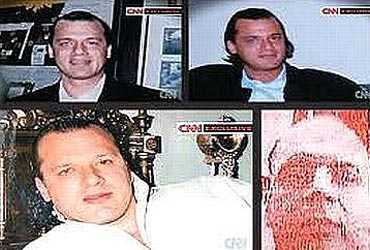 In all the three cases, the governments of Pakistan and India were liable for action. The government of Pakistan became liable because of the use of terrorism by the ISI.

The Government of India was liable because of its failure to protect those who died at the hands of Pakistan-trained terrorists and to act against Pakistan as permitted by international law.

In the case of the 26/11 Mumbai terrorist strikes, the US government and its Federal Bureau of Investigation were also liable for action because of the FBI's failure to alert the Indian security agencies about the frequent visits to India of David Coleman Headley of the Lashkar's Chicago cell.

He was used by the Lashkar to collect information about the targets to be attacked and to select a suitable landing point for the Lashkar boat.

The FBI had been alerted by Headley's wives about his links with the Lashkar. The Indian agencies were not told by the FBI about his visits to India before the attacks and about the one visit made by him after the attacks.

Had the Indian agencies been told about his visits in time, they might have arrested him and foiled the ISI's plans.

During his interrogation by a team from the National Investigation Agency of the Government of India, which had visited the United States for the purpose earlier this year, Headley has reportedly given details of serving and retired officers of the ISI who had played a role in the attacks.

Thus, three parties are liable for action by relatives of the victims of the 26/11 terrorist strikes:

First, the government of Pakistan and its ISI for their role in the attacks.

Second, the government of the US and its FBI for their failure to alert the Indian security agencies about Headley's Lashkar background and his frequent visits to India to help the Lashkar draw up its plans for the attacks.

The Governments of India and Maharashtra and their agencies for their failure to prevent the attacks despite the availability of intelligence about the Lashkar's plans to carry out a sea-borne terrorist strike on some seafront establishments, including the Taj Mahal hotel.

India doesn't have a tradition of victim activism 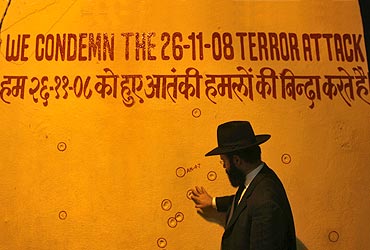 Unfortunately, in India we have not had a tradition of victim activism in terrorism cases and no precedents are available which could have guided the relatives of the victims to take up the cases.

Even public-spirited lawyers, who often take up such cases, show a lack of interest in terrorism related cases.

In contrast, see what the US-based relatives of some Jewish victims of the terrorist attacks have done. The Hindu of November 24 has reported that the relatives of four of the victims of the 26/11 terrorist strikes, who had dual nationality of Israel and the US, have filed a lawsuit in a federal court in Brooklyn, New York, against the ISI and the Lashkar with the help of James Kreindler, the famous lawyer who helped the American victims of the Lockerbie terrorist attack sponsored by Libyan intelligence in obtaining compensation from Libya.

In the Lockerbie incident in 1988, Libyan intelligence allegedly blew up a PanAm aircraft when it was flying over Scotland.

Two of those who have filed the suit for the Mumbai attacks are reported to be related to the Jewish couple brutally killed by the Lashkar terrorists at the Chabad Jewish religious-cum-cultural centre in Mumbai.

Even if their cases fail to succeed, they can act as deterrents 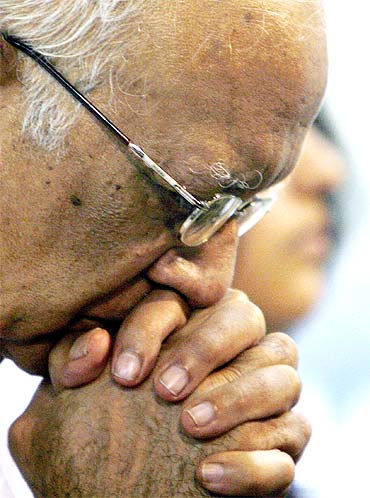 According to The Hindu, Kreindler said under the US anti-terrorism laws, the plaintiffs had the right to sue the defendants in the US.

Unfortunately, the relatives of Indian victims cannot possibly make themselves parties to the suit filed in the US because they are not US citizens and their relatives were killed on Indian territory.

The benefits under the US anti-terrorism laws will not be applicable to them and they may not be able to sue the ISI and the Lashkar in a US court.

They should still explore the possibility of intervening in the case against Headley in a Chicago court and suing the US government and the FBI for not acting in time against Headley despite the warnings about his Lashkar connection from his wives.

Legal action against the Governments of India and Maharashtra and the ISI in an Indian court should also be pursued.

Even if the cases do not succeed, it could have a deterrent effect. India's anti-terrorism laws should be studied by public-spirited lawyers and necessary changes proposed in order to make them victim-friendly as the laws in the US are.