Sign in  |  Create a Rediffmail account
Rediff.com  » News » 'Rahul will err if he turns Congress into an NGO' 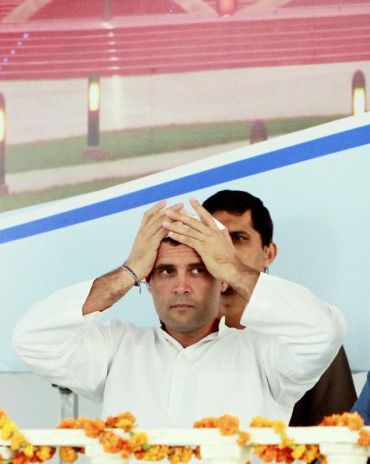 It is good to be brave. But you also have to be wise, Aditi Phadnis advices Rahul Gandhi

Rahul Gandhi may claim that leadership has been thrust on him because of the Congress President's illness, but he's jumped straight in, making the usually risk-averse Congress leadership stagger and blink a little.

A structured group of advisors was put in place to aid and advise Gandhi. So far it has met only for troubleshooting purposes.

The party has had to troubleshoot a lot lately. It is now clear that Gandhi's intervention got Anna Hazare out of jail and has created the feeling that "government" has "lost" and the "NGO" has "won".

This is entirely consistent with Gandhi's view of politics: that NGOs, because they have no stake, usually bat for the underprivileged and in ethical politics, the balance of advantage must be in their favour. 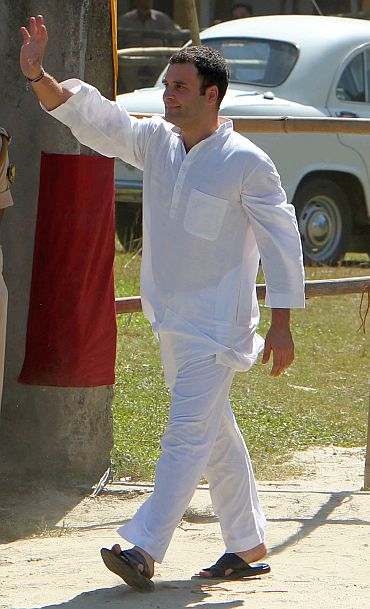 The bulk of Hazare's followers are young people.

But the Youth Congress launched no counter-mobilisation when its own government was being criticised and attacked. Instead, Gandhi deflected the Congress-led government from a well-thought out strategy of asserting the primacy of the Indian state, down a path where the government became a supplicant.

The result? The government "lost" and an NGO "won".

This, the autonomy of YC from its parent body, has been the hallmark of Gandhi's politics. In Tamil Nadu, in the run up to the Assembly elections YC supporters thundered and railed against the Dravida Munnetra Kazhagam (DMK) -- but the Congress had an alliance with DMK.

When people saw that Congress leaders were publicly praising DMK, while YC leaders were attacking them, the credibility of both became questionable.

Gandhi has sought to democratise the YC. He rightly believes that unless people have support on the ground, they cannot call themselves leaders. He has been successful, too. YC now has lakhs of cadres who have paid Rs 15 to become members.

But are they really there? 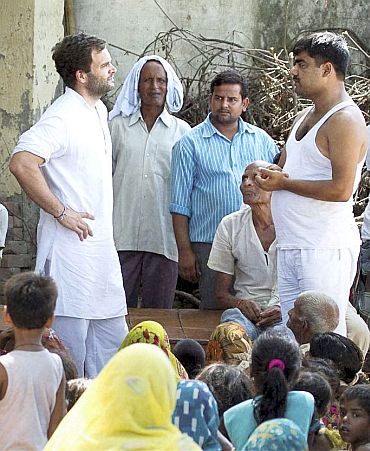 For a young person in a distant village, say in Orissa, to get his photograph taken, provide proof of address and residence and other documentation, is not an easy task.

Local leaders realise this; so members are made by someone who offers these facilities -- a camera, the means to photocopy, etc. Naturally, money is involved. And who will cross-check membership claims?

Farsighted Congress leaders can see where the project is going and are looking for ways to infiltrate the youth fronts so that they are safe in the future. YC elections involve power and money.

Gandhi's idea is to build a party that is substantive, where Congressmen are well informed, disciplined and thoughtful.

In the hunt for fresh young leadership, on a (hypothetical) scale of 10, a person from an NGO background will get an eight. A person who wants to enter public service will get a five. The least favoured is a boy or girl who wants to enter politics and YC but is the son or daughter of a Congress politician. 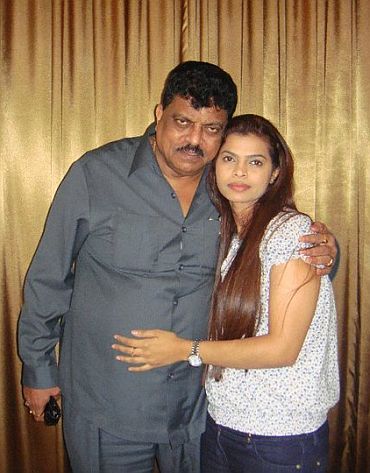 In July, the future of the Goa government headed by Congressman Digambar Kamat hung in balance because the Alemao brothers -- Churchill, public works department minister, and Joaquim, urban development minister -- threatened to resign.

Churchill's daughter Valanka was disqualified from the YC elections because she had used strong arm tactics and accepted help from her father. A show-cause notice was served on her, and she replied to it but the YC disqualified her.

Kamat rushed to Delhi and Union Minister of State for Parliamentary Affairs Rajiv Shukla had to work on the Alemao brothers for two hours to tell them they were assets for the party and should withdraw their resignation. (The Congress has 20 legislators in the 40-member house).

True, Valanka Alemao stayed out of YC. But the two leaders charged with threatening rivals to her, (and no paragons of virtue themselves) also stayed on in government!

Two days ago, in the midst of the drama over Anna Hazare, Gandhi paid a quiet visit to Pune, to commiserate with the families of farmers who had been killed in police firing, while they were protesting against land acquisition. 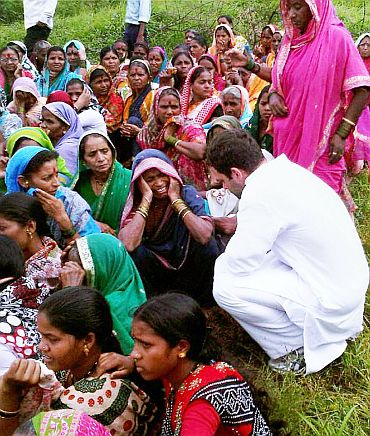 The Congress is in power in Maharashtra. Chief Minister Prithviraj Chavan, who has defended his government in the police firing, was absent when Gandhi visited. Keeping the chief minister by his side when he called on the families would have sent one message.

Calling on the farmers behind his back sends quite another.

It's not that Gandhi has not been brave.

Uddhav and Raj Thackeray made anti-north India remarks and issued dire warnings if Gandhi were to come to Mumbai.

Gandhi ignored all that and took the next flight to Mumbai.

But he could have done the same with the stone-pelters of Kashmir: gone to Srinagar and said, "Go on, throw the first stone at me. Talk to me. Tell me your troubles."

Instead, he made a statement in favour of Omar Abdullah.

NGOs are good, well meaning. But they are usually not political and as someone said, vacant of ideology. Rahul Gandhi will be making a mistake if he turns the Congress party into an NGO. It's good to be brave. But you also have to be wise.