'Congress may not win, but Rahul has, single-handedly, revived the party' 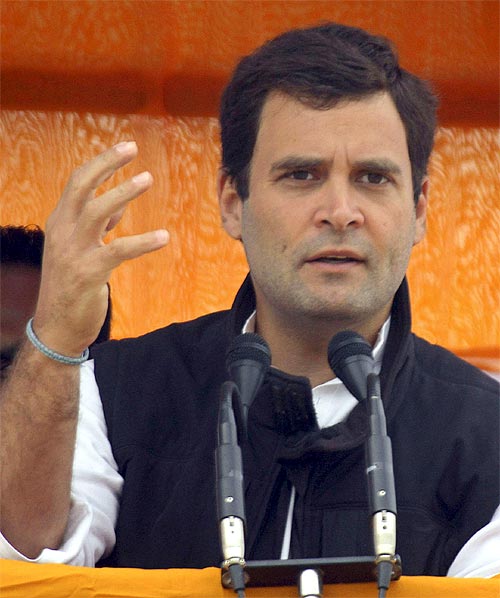 The Congress may not win many seats, but the vote for Rahul Gandhi has come in: He has already done more for UP than all other Congressmen put together. Jyoti Malhotra reports from Poorvanchal in Uttar Pradesh.

Early morning at a tea-shop, cheek-by-jowl with the masjid on the main road in Gopiganj, midway between Varanasi and Allahabad, political conversation mingles easily with the steaming beverage that seems far sweeter when it is poured into the earthen kulhar (earthen cup). Newspapers are lowered. Pagris are adjusted. That's when Ram Lakhan delivers his homily.

"The cycle (the symbol of Mulayam Singh Yadav's Samajwadi Party) is ahead. We are all going to vote for Vijay Mishra, who is fighting from the constituency. Mayawati has done nothing for us. As for the Congress, it is hardly in the picture in these parts," he manages to say, before he is interrupted mid-stream by the man standing next to him, Ram Naresh, who wants to talk about Rahul Gandhi.

"It is true that the Congress candidate will not win from here, but that is because the candidate is weak when compared with Vijay Mishra. We wish he were stronger. But I want to say that Rahul Gandhi has worked very hard in UP these last several months."

"Yahan keh sakte hain ki Congress party se umeed hai, lekin yeh bhi sach hai ki lehar nahi hai. (You can say that in this part of the state, there is a great deal of hope from the Congress, although the truth is that there is no 'political wave' in its favour.)"

By sheer hard work bordering on the obsessive, Rahul has succeeded in grabbing people's attention 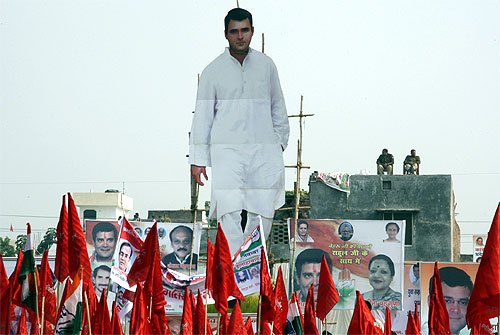 In this eastern flank of Uttar Pradesh, known as Poorvanchal, stretching from Gorakhpur to Allahabad, Ballia and Deoria to Varanasi and Azamgarh, in which 25 districts elect 28 members of Parliament and 150 legislators to the 403-member state assembly, the election is taking place over the second and third phases.

In the 2007 assembly election, current UP Chief Minister and Bahujan Samaj Party leader Mayawati's careful crafting of the 'sarvjan' or all-caste rainbow coalition succeeded in collecting as many as 79 seats, largely underwritten by the Brahmins and the Dalits.

But in 2012, if the disillusionment against Mayawati means that the Samajwadi Party is back in the race in a significant way, that is probably the most obvious analysis to make in this hugely interesting and extremely diverse region.

The big surprise is that the Congress party, courtesy its young General Secretary Rahul Gandhi, widely tipped to be the prime minister when the general election is held in 2014, has by sheer dint of hard work bordering on the obsessive, succeeded in grabbing the attention of the people of this part of the state.

So much so that the Congress will win at least a handful of seats -- one or two in Varanasi, perhaps in Bhadohi, Gorakhpur, Ballia and in Allahabad.

But for a party that has been practically obliterated from the state's political scene since it mutely witnessed the willful demolition of the Babri Masjid in 1992, and was soundly routed by the large Muslim community -- as large as 20 per cent in UP -- Rahul's campaign is a lesson to all those excessively depending on the merits of the caste break-down.

The Congress may not win many seats, but it is back as a force to reckon with 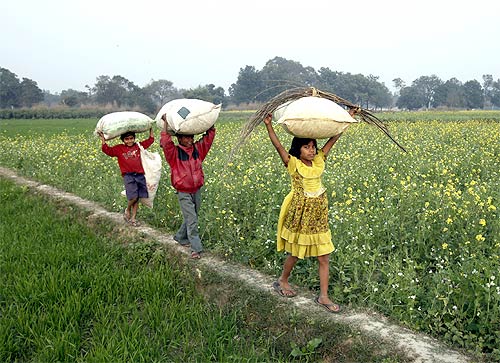 Across eastern UP's stunning landscape -- green rice fields leavened with the ripe, yellow mustard and a blood-red sun as it descends upon the evening -- the Congress party may not win many seats, but the fact is that it is back as a force to reckon with.

Back in the Amethi-Rae Bareli Gandhi fiefdoms, Priyanka Gandhi may have been weaving her magic, but here in some of the poorest parts of the country -- an irony, since this is the heart of the enormously fertile Indo-Gangetic plain -- Rahul has charmed more than a few with his honesty.

At a rally in Bhadohi in support of the Congress candidate Tanvir Hussain last week, Rahul told the assembled crowd: "Don't think that I will be able to change the face of UP in one day... If you think I can or will, then please don't vote for me."

He added: "I am here for the long haul. I will stay here for several years, I will not abandon you. I will not become inaccessible like Mayawati ji or like Mulayam Singh ji. The Congress party is here to bring change to UP.

'What has Mulayam or Akhilesh given to India?' 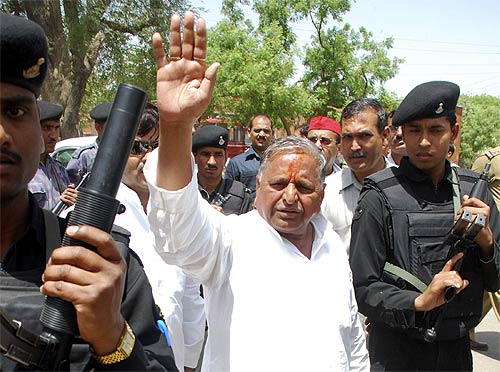 Mushir Iqbal, a carpet businessman in the Bhadohi belt and a Congress supporter, told Rediff.com that it reminded him of Maulana Azad in the 1950s, "who used to say that if you don't believe in the policies of the Congress, then don't vote for me."

As the talk turned to the increasing space political dynasties have come to occupy in the country's political firmament, questions are raised on the perceived differences between Rahul and Akhilesh Yadav, Mulayam Singh Yadav's elder son and a key Samajwadi Party leader.

Naemuddin Ansari, another carpet businessman in Bhadohi, admits both are celebrities, but that Rahul is a bigger one. "Perhaps that's because Rahul's ancestors have ruled India in one way or another for the last hundred years...Two of his family members were assassinated, including his father. They have given so many sacrifices to the country. Sonia Gandhi turned down the offer to become prime minister... What has Mulayam or Akhilesh given to India?" he asked.

"Rahul seems like a straightforward young man. Woh itni baat ko ghuma nahin patey. (He is not able to twist his language to adapt to changing circumstances)...Moreover, he is likely to be the next PM, isn't he?" he asks.

A third carpet businessman, Malik Qamar Usman, points out that the Varanasi-Bhadohi-Mirzapur belt that is so famous for handloom and carpet weaving had been crying for national attention for years. Only a few weeks ago, Rahul Gandhi's visits to Varanasi's looms pushed the Congress-led government to announce a debt waiver for the region's weavers, certainly to boost the Congress party's prospects. 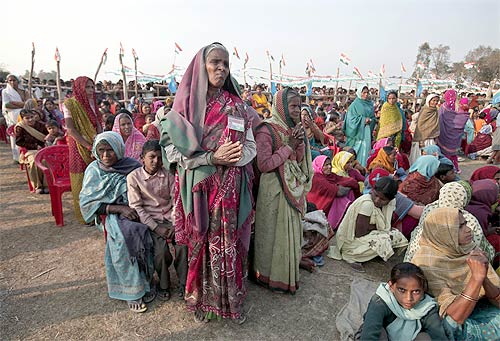 Added to the 4.5 per cent job quota announcement for Muslims within the Other Backward Classes quota that has already been announced, the Congress party seems to be doing everything in its power to push itself so that it can win a respectable tally.

In a society as deeply divided around the caste hierarchy as UP, that figure may be difficult to reach in this election. Certainly, the Muslims, who comprise about 20 per cent of the population in the state, have decided to forgive the Congress for its role in the demolition of the Babri Masjid, even if they still won't forget.

Certainly, the Dalits are looking at Rahul with new respect, their community elders often invoking Indira Gandhi -- and not Rajiv -- as they speak about their disillusionment with their own messiah.

It may still not be enough. Already, though, the vote for the young Gandhi scion has come in: He has already done more for UP than all other Congressmen put together.

Part II: We are ready to lead UP into a new dawn'