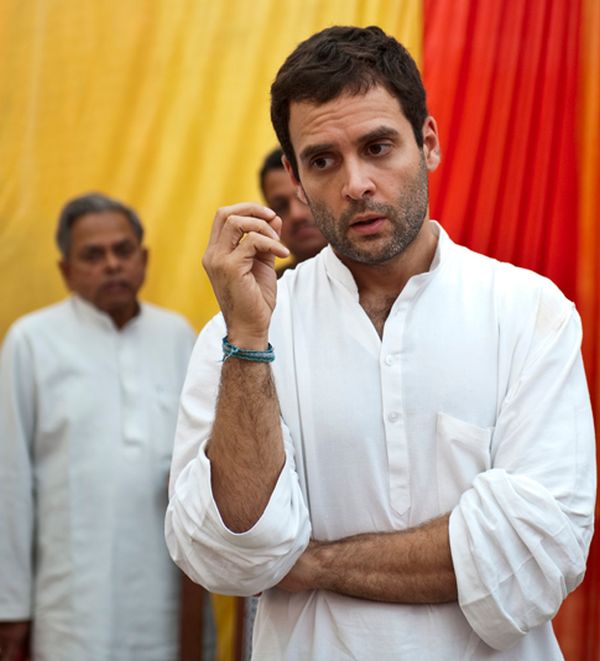 The Congress campaign for the 2014 Lok Sabha contest is fast fading away, thanks to the tempo maintained by BJP’s prime ministerial candidate Narendra Modi.

For the disenchanted Congress worker, the blame for the shoddy party campaign squarely lies at the doorstep of Rahul Gandhi.

The Congress party cadre is in deep depression these days. The party’s poll plans are proving to be no match for the no-holds-barred campaign launched by its opponents.

Enjoying a clear headstart over the others, Bharatiya Janata Party’s prime ministerial candidate Narendra Modi has been crisscrossing the country for over six months now, grabbing eyeballs and headlines with his mega rallies and feisty speeches.

The Congress campaign, on the other hand, is lagging way behind.

In fact, it is yet to take off.

Congress vice-president and the party’s chief campaigner, Rahul Gandhi is still to warm up for the tough electoral challenge. 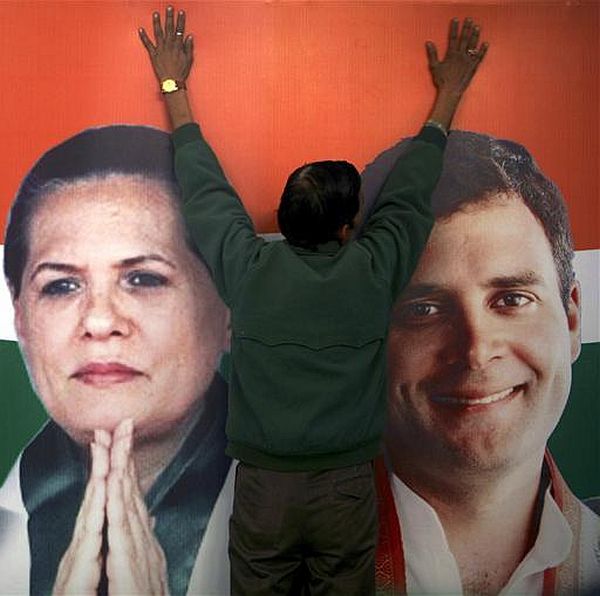 If the coverage in the newspapers and television channels over the past few days is any yardstick, it would appear as if the Congress is not a serious contender in the summer election.

And that is the chief concern of an ordinary Congress worker today.

“While we are still at the stage of galvanising party cadres, the BJP has moved way ahead. Modi has succeeded in electrifying the electorate,” a senior Congress functionary told rediff.com.

When the BJP named Modi as its prime ministerial candidate last year, Congress strategists had been distinctly cool to the development as it was convinced that the Gujarat strongman would peak early.

Nearly six months later, the Modi juggernaut shows no signs of slowing down or losing momentum. 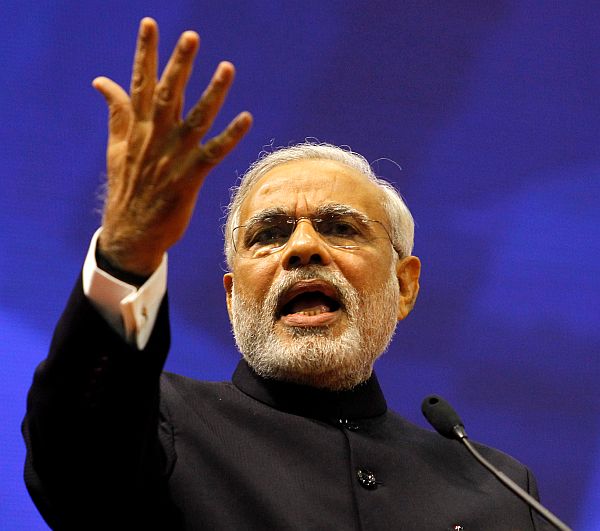 Modi’s campaign is reflective of his “larger-than-life” image. There is a deliberate attempt to organise massive meetings with all the razzle-dazzle and technological back-up associated with a grand filmi event.

Modi’s powerful oratory and his one-liners -- all designed for tailor-made headlines -- ensure that he occupies the voters’ mind.

Rahul, on the other hand, is being seen as an “also-ran”.

The coming election is increasingly being talked about as a battle between BJP, AAP and other regional players.

Unlike Modi, the Nehru-Gandhi scion has adopted a different campaign style. It is low-key, understated and is not aimed at making a big splash. 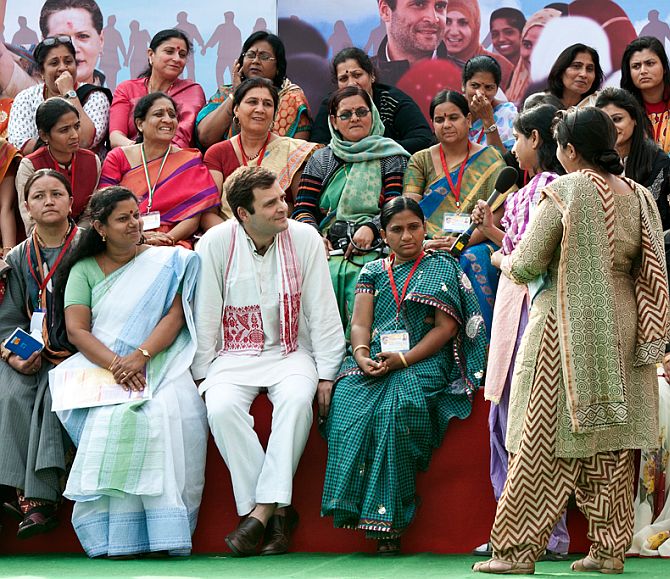 Congress strategists maintained that the party had deliberately chosen this path for Rahul as he is more comfortable in smaller gatherings and is able to establish a good rapport in an informal meeting.

“Modi is all about style but Rahul is focusing on substance,” said a Gandhi groupie, adding that the party vice-president was not looking at short-term but long-term gains.

But this, according to disenchanted Congress workers, is a charitable explanation.

The reason, they said, Rahul opted for these smaller interactions is essentially because he not known to be a great orator and is unable to connect with people.

Moreover, state Congress units are finding it difficult to organise big public rallies as it has become close to impossible to mobilise crowds in view of the party’s plummeting popularity ratings. 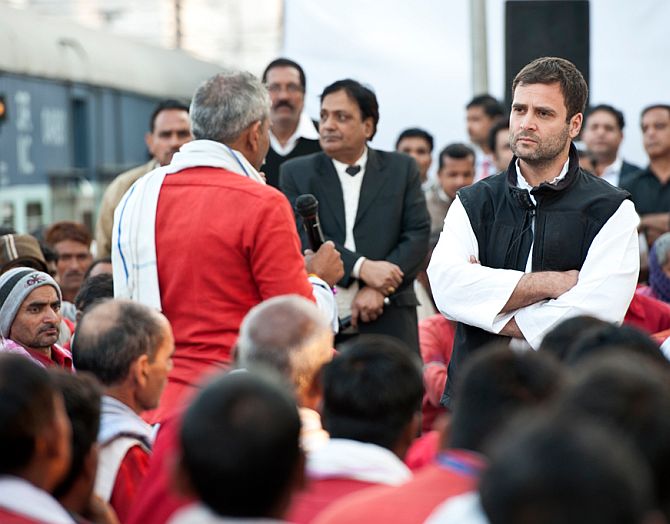 Dubbing it as a proverbial case of “too little, too late,” Congress insiders maintained that Rahul should have started these meetings and interactions much earlier.

As in other cases, he left matters slide till the last minute -- strengthening the popular perception that all his moves are geared towards the coming elections and not really aimed at understanding or solving people’s problems.

In this connection, Congress leaders point to Rahul’s sudden decision to jump on to the anti-corruption bandwagon and pushing for the passage of the pending anti-graft legislations.

These Bills were pending in Parliament for over a year but nothing was said or done about them. It was only after the Congress suffered a humiliating defeat in last year’s assembly elections that the Congress vice-president claimed ownership of these Bills, which have since been referred to as Rahul’s Bills.

In fact, it was at Rahul’s insistence that the United Progressive Alliance government even considered the promulgation ordinances of these Bills as they could not be passed in the last Parliament session. 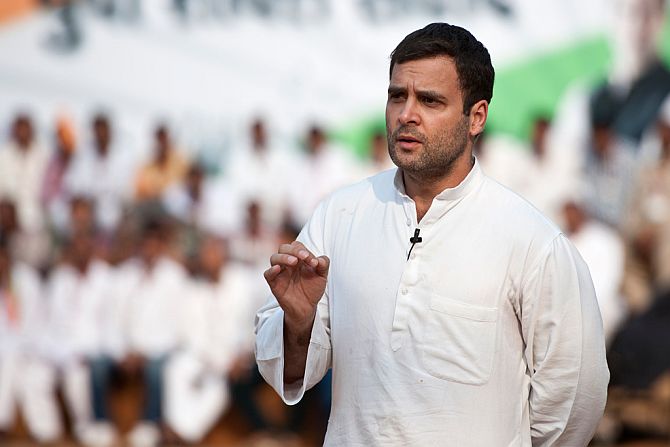 The government was eventually forced to drop these plans once it became clear that President Pranab Mukherjee had not taken kindly to the ruling alliance’s move to adopt the ordinance route a few weeks before the Lok Sabha elections.

Questions have also been raised in the party about projecting Rahul as an “anti-corruption” crusader.

Congress leaders repeatedly point out that this again is an after-thought as the party vice-president had been conspicuous by his absence when social activist Anna Hazare led massive anti-corruption protests in Delhi two years ago.

Besides, they said, Rahul’s decision to don the anti-graft mantle is not expected to cut much ice with the electorate in view of the series of corruption scandals which surfaced during the UPA regime.

Rahul may be trying to distance himself from the UPA government but there are few takers for his new avatar.