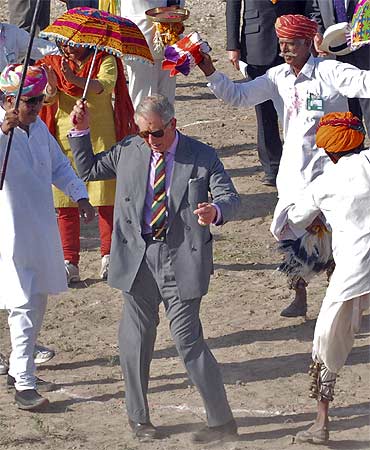 The Prince of Wales is planning to build a shantytown for 15,000 poor people in India, inspired by the one he saw in the film Slumdog Millionaire.

As part of the plan, schools, shops and 3,000 homes will be built, reports the Daily Mail.

Prince Charles plans to turn a 25-acre expanse of Indian wasteland on the outskirts of either Kolkata or Bengaluru into a 'mini oasis in the desert' and the development will be modelled on Poundbury, the Dorset model village that has been Prince Charles's 30-year pet project. 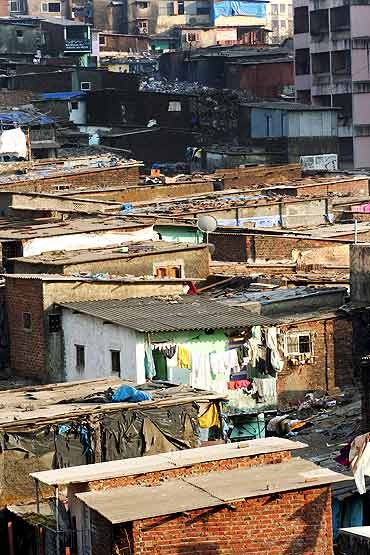 Image: Some parts of 'Slumdog Millionaire' were shot in the slums of Dharavi in Mumbai
Photographs: Sanjay Sawant/Rediff.com

"When you enter what looks from the outside like an immense mound of plastic and rubbish, you immediately come upon an intricate network of streets with miniature shops, houses and workshops, each one made out of any material that comes to hand," the Daily Mail quoted him as saying.

"We have a great deal to learn about how complex systems can self-organise to create a harmonious whole," he added.

The new town, for mainly low-caste residents, will be 'high-density but pleasant', a spokesman for the prince's charity said. 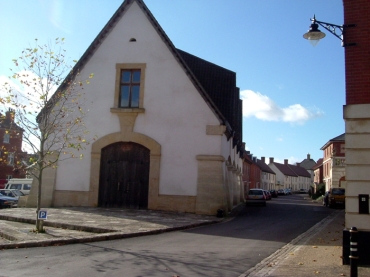 It will be designed to collect rainwater, which will be used for showering, washing and in toilets before being recycled to water plants. Shade and natural ventilation will combat temperatures that regularly top 38 degrees Celsius.

And instead of shared sanitation blocks, residents will have individual toilets and waste facilities.

The spokesman said, "India is a rapidly expanding economic power and its housing market is increasingly vibrant.

"The proposed development follows the prince's vision, and it's fair to compare it to Poundbury or Knockroon (a second model village planned for Scotland)."