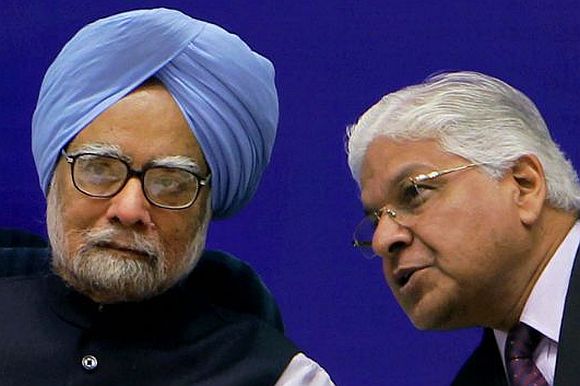 With CBI admitting that it had shared its status report on coal block allocation scam with Law Minister Ashwani Kumar, the Bharatiya Janata Party has demanded the resignation of Prime Minister Manmohan Singh alleging that he was using the law ministry to save himself from the probe in the case.

"CBI has stated that its affidavit was filed after interference by the government and this proves that the Law Minister was misusing his office to save the Prime Minister in the coal scam."

"BJP is now fully firm on its demand for resignation of the PM. The CBI affidavit proves that the Prime Minister wanted to save himself from the CBI inquiry using the law ministry," BJP leader Rajiv Pratap Rudy told reporters outside Parliament.

He said in the country's "biggest scam where Rs 1.86 lakh crore have been looted, all the 142 coal blocks were allocated during the Prime Minister's tenure in the coal ministry." 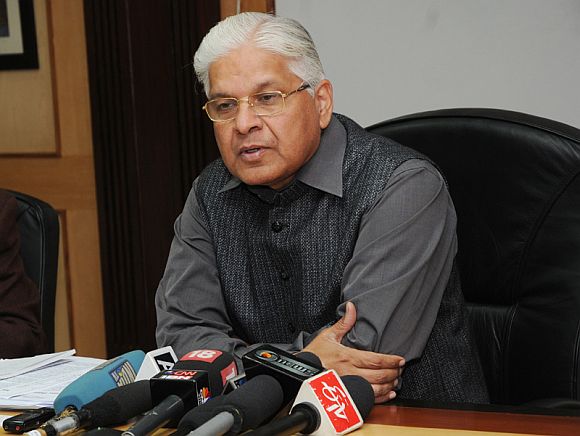 CBI Director Ranjit Sinha on Friday submitted before the Supreme Court that the agency's status report on coal allocation scam was "shared" with the Law Minister "as desired by him" and that senior officials of the PMO and coal ministry had also seen it.

Sinha's two-page affidavit filed on the direction of the apex court contradicts the claim made by the CBI counsel on the last date of hearing that the coal scam report was not shared with any member of the government.

The law minister, meanwhile, has said that he had done "no wrong" and got support from the government which ruled out his resignation.

"I have done no wrong. Truth will prevail," he said after a meeting of UPA chaired by Sonia Gandhi and attended by Prime Minister Manmohan Singh.

Kumar, whose sacking is being demanded by the Opposition parties, also met the Prime Minister to give his version on the issue. He also met Parliamentary Affairs Minister Kamal Nath separately. 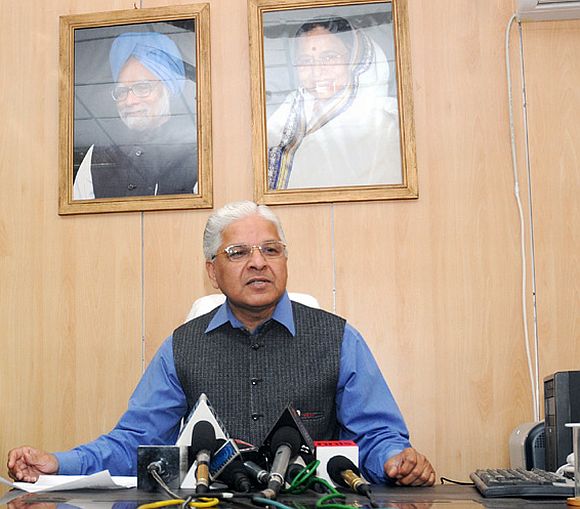 "There is no question of his resignation. He is not going to resign," Nath told media persons in New Delhi after the meeting when asked whether Kumar had offered to resign.

With regard to the CBI affidavit, he said, "It is for the court to decide."

Suggesting that there was no wrongdoing by Kumar, he said CBI has stated that only the draft report was shown to the Minister and not the final report.

To a question why the officials of PMO and the Coal Ministry were also present during the CBI meeting with the Law Minister, he said the contents of the report were to be provided by the Coal Ministry and the Prime Minister had held the coal portfolio for some time.

"The legal aspect is looked into by the Law Minister," he said.

He spoke to media after Gandhi and the Prime Minister held consultations with UPA leaders in the wake of CBI affidavit filed in the Supreme Court earlier in the day.