Sign in  |  Create a Rediffmail account
Rediff.com  » News » The spirit of India is written in stone: President Pranab

The spirit of India is written in stone: President Pranab 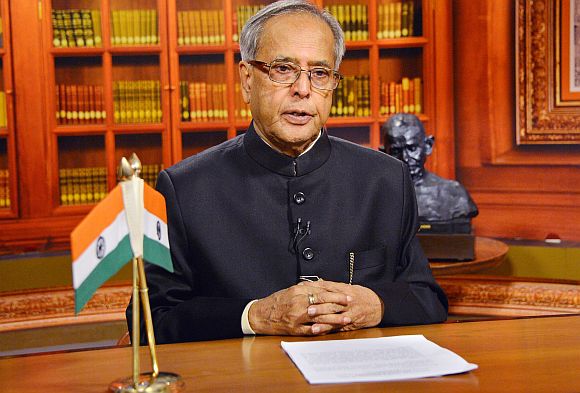 President Pranab Mukherjee on Friday addressed the nation on the eve of 64th Republic Day, during which he delved on topics ranging from gender equality to India's relations with Pakistan. Here is the full transcript of his first Republic Day speech:

On the eve of our 64th Republic Day, I extend warm greetings to all of you in India and abroad. I convey my special greetings to members of our armed forces, paramilitary forces and internal security forces.

India has changed more in last six decades than in six previous centuries. This is neither accidental nor providential; history shifts its pace when touched by vision. The great dream of raising a new India from the ashes of colonialism reached a historic denouement in 1947; more important, independence became a turning point for an equally dramatic narrative, nation-building. The foundations were laid through our Constitution, adopted on 26 January 1950, which we celebrate each year as Republic Day. Its driving principle was a compact between state and citizen, a powerful public-private partnership nourished by justice, liberty and equality.

India did not win freedom from the British in order to deny freedom to Indians. The Constitution represented a second liberation, this time from the stranglehold of traditional inequity in gender, caste, community, along with other fetters that had chained us for too long.

This inspired a Cultural Evolution which put Indian society on the track to modernity: society changed in a gradual evolution, for violent revolution is not the Indian way. Change across the knotted weaves of the social fabric remains a work in progress, impelled by periodic reform in law and the momentum of popular will.

'The civil society and the government must work together' 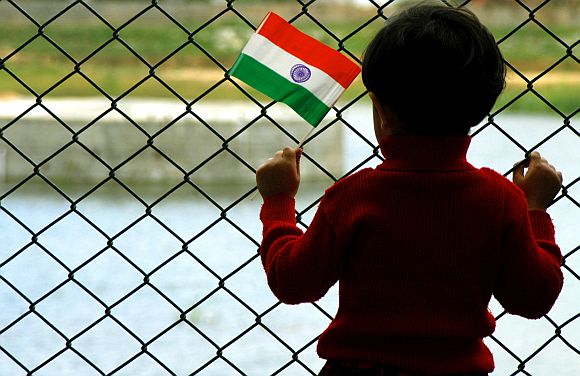 In the last six decades there is much that we can be proud of. Our economic growth rate has more than tripled. The literacy rate has increased by over four times. After having attained self sufficiency, now we are net exporters of food-grain. Significant reduction in the incidence of poverty has been achieved. Among our other major achievements is the drive towards gender equality.

No one suggested this would be easy.

The difficulties that accompanied the first quantum leap, the Hindu code bill, enacted in 1955 tell their own story. It needed the unflinching commitment of leaders like Jawaharlal Nehru and Babasaheb Ambedkar to push through this remarkable legislation. Jawaharlal Nehru would later describe this as perhaps the most important achievement of his life.

The time has now come to ensure gender equality for every Indian woman. We can neither evade nor abandon this national commitment, for the price of neglect will be high. Vested interests do not surrender easily. The civil society and the government must work together to fulfill this national goal.

'When we brutalise a woman, we wound the soul of our civilization' 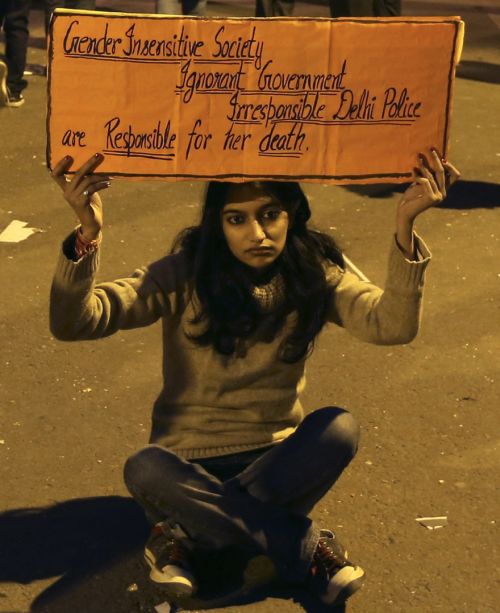 I speak to you when a grave tragedy has shattered complacency. The brutal rape and murder of a young woman, a woman who was symbol of all that new India strives to be, has left our hearts empty and our minds in turmoil. We lost more than a valuable life; we lost a dream. If today young Indians feel outraged, can we blame our youth?

There is a law of the land. But there is also a higher law. The sanctity of a woman is a directive principle of that larger edifice called Indian civilization. The Vedas say that there is more than one kind of mother: birth mother, a guru's wife, a king's wife, a priest's wife, she who nurses us, and our motherland. Mother is our protection from evil and oppression, our symbol of life and prosperity. When we brutalise a woman, we wound the soul of our civilization.

It is time for the nation to reset its moral compass. Nothing should be allowed to spur cynicism, as cynicism is blind to morality. We must look deep into our conscience and find out where we have faltered. The solutions to problems have to be found through discussion and conciliation of views. People must believe that governance is an instrument for good and for that, we must ensure good governance.

'The young cannot dream on an empty stomach' 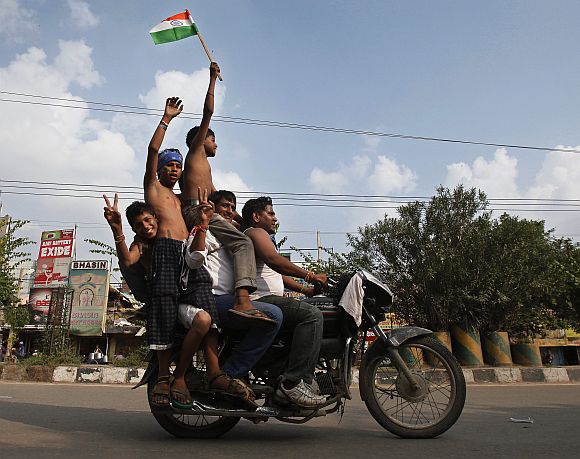 We are on the cusp of another generational chan#8805 the youth of India spread across villages and towns, are in the vanguard of change. The future belongs to them. They are today troubled by a range of existential doubts. Does the system offer due reward for merit? Have the powerful lost their Dharma in pursuit of greed? Has corruption overtaken morality in public life? Does our legislature reflect emerging India or does it need radical reforms? These doubts have to be set at rest. Elected representatives must win back the confidence of the people. The anxiety and restlessness of youth has to be channelized towards change with speed, dignity and order.

The young cannot dream on an empty stomach. They must have jobs capable of serving their own as well as the nation's ambitions. It is true that we have come a long way from 1947, when our first Budget had a revenue of just over Rs.171 crore.

The resource base of the Union government today is an ocean compared to that drop. But we must ensure that the fruits of economic growth do not become the monopoly of the privileged at the peak of a pyramid. The primary purpose of wealth creation must be to drive out the evil of hunger, deprivation and marginal subsistence from the base of our expanding population.

'Hand of friendship should not be taken for granted' 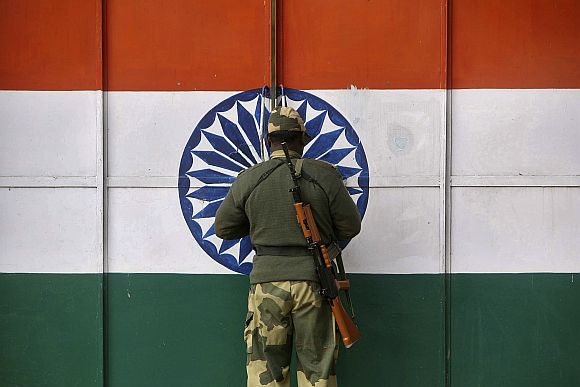 Last year has been a testing time for us all. As we move ahead on the path of economic reforms, we must remain alive to the persisting problems of market-dependent economies. Many rich nations are now trapped by a culture of entitlement without social obligations; we must avoid this trap. The results of our policies should be seen in our villages, farms and factories, schools and hospitals.

Figures mean nothing to those who do not benefit from them. We must act immediately, otherwise the current pockets of conflict, often described as "Naxalite" violence, could acquire far more dangerous dimensions.

In the recent past, we have seen serious atrocities on the Line of Control on our troops. Neighbours may have disagreements; tension can be a subtext of frontiers. But sponsorship of terrorism through non-state actors is a matter of deep concern to the entire nation. We believe in peace on the border and are always ready to offer a hand in the hope of friendship. But this hand should not be taken for granted.

'The spirit of India is written in stone' 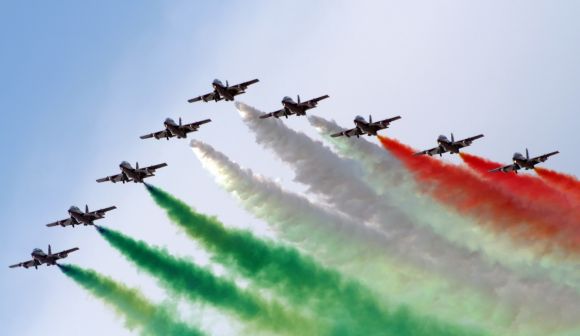 India's most impregnable asset is self-belief. Each challenge becomes an opportunity to strengthen our resolve to achieve unprecedented economic growth and social stability. Such resolve must be nourished by an avalanche of investment, particularly in better and greater education.

Education is the ladder that can help those at the bottom to rise to the pinnacles of professional and social status. Education is the mantra that can transform our economic fortunes and eliminate the gaps that have made our society unequal. So far education has not reached, to the extent desired, to those most in need of this ladder. India can double its growth rate by turning today's disadvantaged into multiple engines of economic development.

On our 64th Republic Day, there may be some reason for concern, but none for despair. If India has changed more in six decades than six previous centuries, then I promise you that it will change more in the next ten years than in the previous sixty. India's enduring vitality is at work.

Even the British sensed that they were leaving a land which was very different from the one they had occupied. At the base of the Jaipur Column in Rashtrapati Bhavan there is an inscription:

The spirit of India is written in stone.