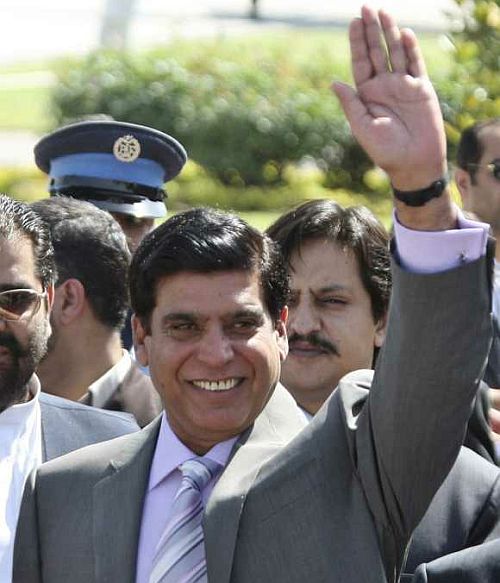 Raja Parvez Ashraf, a stalwart of the ruling Pakistan Peoples Party, was on Friday elected by the National Assembly as Pakistan's new Prime Minister as the country struggled to come out of its latest political crisis.

61-year-old loyalist of the Bhutto family was pitchforked into the hot seat after the original choice Makhdoom Shahbuddin faced an arrest warrant yesterday. But the new leader himself is dogged by corruption charges relating to his tenure as power minister.

The 342-member National Assembly chose Ashraf with 211 votes against opposition PML-N nominee Sardar Mehtab Ahmed Khan Abbasi who got 89 votes. He will be administered oath of office by President Asif Ali Zardari as the country's 25th Prime Minister. 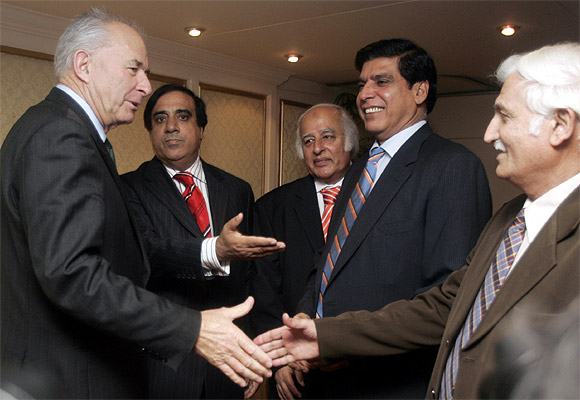 Ashraf, who belongs to a royal family of Rawalpindi in Punjab, succeeds Yousuf Raza Gilani, who was disqualified by the Supreme Court three days ago following his refusal to pursue graft cases against Zardari with the Swiss government.

Ashraf was elected in a two-way contest during a special session of Parliament after three other candidates -- Shahabuddin and Qamar Zaman Kaira of the PPP and Jamiat Ulema-e-Islam chief Maulana Fazlur Rehman -- withdrew from the race.

He was nominated by the party for the post after its original candidate, Shahabuddin, was forced to withdraw as an arrest warrant was issued for him in connection with alleged irregularities in the import of a controlled drug during his tenure as the health minister. 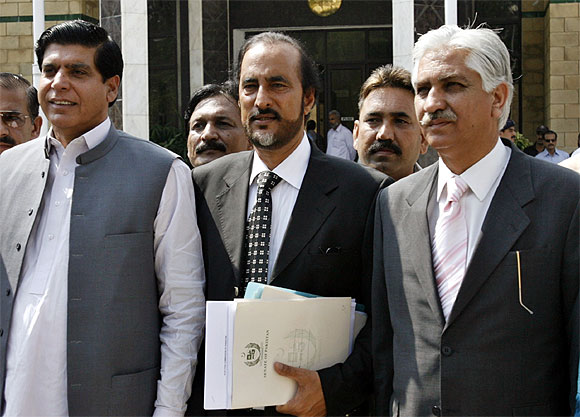 Ashraf, who was elected to the National Assembly from Gujar Khan constituency in Rawalpindi district -- both in 2002 and 2008 -- served twice in the cabinet of Gilani.

He resigned from Gilani's cabinet in February last year after allegations of corruption in power projects.

He returned to the cabinet in April this year when he was appointed minister for information technology.

Ashraf's candidature was backed by PML-Q, a major ally of the PPP with more than 50 seats in the National Assembly.