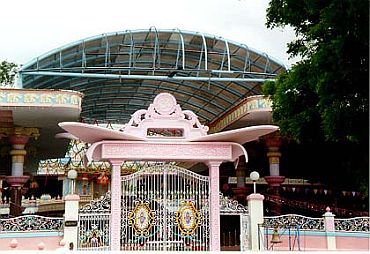 All eyes will be on the crucial meeting of the Sri Sathya Sai Baba Central Trust, which is most likely to be held on Wednesday following the burial of Sathya Sai Baba.

The trust has its task cut out, as it will have to manage an empire that is estimated to be worth around Rs 40,000 crore.

Indication is that Chakravarthy, a civil servant who is also a senior member of the trust, will have a big role to play in the functioning of the trust.

He will have to share power with Satyajith, Baba's personal caregiver. 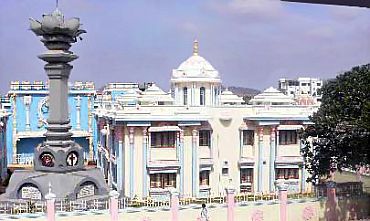 There is news that Sathya Sai Baba had named Satyajith to head the trust in his will. A majority of the people, though, have rubbished this, stating that the spiritual leader had never written any will.

However, many confirm that during his 85th birthday celebrations, Sathya Sai Baba had mentioned that he would want Satyajith to be made part of the trust and also that he should have a bigger role to play in it.

The role that Baba's nephew Ratnakar would play would be very limited since Sathya Sai Baba was never in favour of installing a member of the family into the trust. He always wanted it to be run by intellectuals. 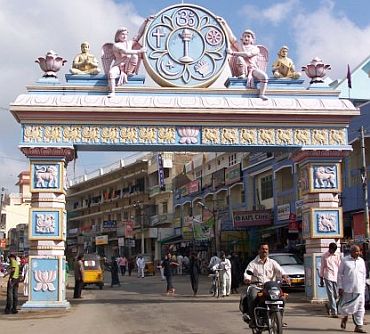 At the meeting, which is expected to be held on Wednesday, some members of the Andhra Pradesh state government are likely to be present. The government had stated that it would not have anything to do with the functioning of the trust, but had also added that it would want a peaceful transition.

The trust has a massive responsibility on hand.

A large number of the devotees already seem to be losing hope and say that the trust will not be able to run the affairs in Puttaparthi like how the spiritual leader had.

During the meeting, there would be two very crucial issues that would come up for discussion.

In case there is a will then there would be no confusion whatsoever as the writings in the will would be binding on the future of the administration of the ashram and its assets. However in the absence of a will, issues such as power sharing and signing of the cheques would come up and these will be debated at great lengths. 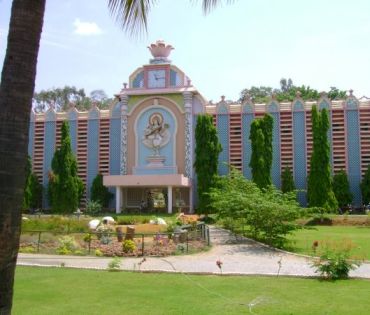 However, as per the deed signed in 1972, only the founder chairman (Sathya Sai Baba) had the right to sign the cheques. In case this would cause a problem then the members of the trust would have to obtain a court order for the same.

The fear among the devotees is that this power tussle within the trust should not turn ugly. Although there are eminent personalities in the trust, they would still have to tread very carefully while deciding on the future.

At the meeting new guidelines too will have to be laid down, which would determine the future functioning of the trust. Personalities like former Chief Justice of India P N Bhagavathi and S V Giri, a chartered accoutant, would have a very big role to play in the transfer of affairs.