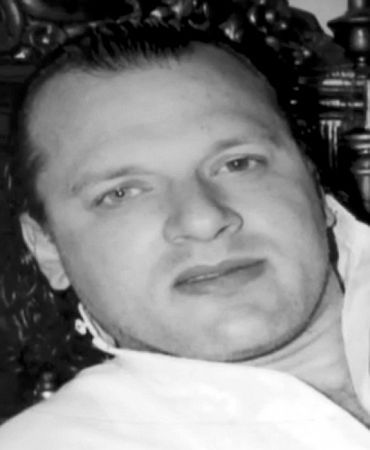 International pressure in the aftermath of the Mumbai attacks led Lashkar-e-Tayiba to abandon its plan to attack a Danish newspaper in retaliation to the publication of a cartoon of Prophet Mohammed, David Coleman Headley told a court on Wednesday.

Deposing before a federal court in Chicago, Mumbai attacks suspect David Headley, said he was told by one of his handlers in Pakistan, Sajid Mir, during a visit to Lahore in 2009 that after 26/11, LeT wants to postpone the Denmark operation, which was being planned on the lines of the Mumbai carnage.

The reason being, explained Headley, "Lashkar was under a lot of scrutiny and at that time they wanted to lay low. As a result, the LeT indefinitely postponed the Denmark operation."

'Kashmiri asked me to carry out Demark op ASAP' 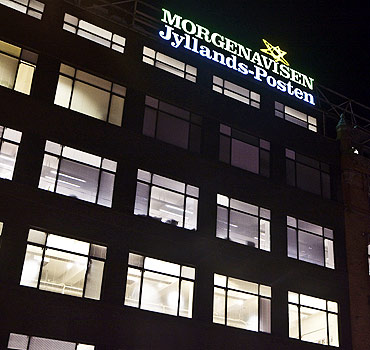 Image: The Jyllands-Posten House in Copenhagen
Photographs: Reuters
However, when Headley went to meet Illyas Kashmiri, another one of his handlers, in Waziristan in February 2009, he told him to carry out the Denmark operation as soon as possible.

"Kashmiri said it was very important that this attack be carried out ASAP," Headley said.

Referring to the surveillance videos of various locations in Copenhagen carried out by him, Kashmiri praised him. He also sought Headley's advice on how to carry out the attack.

"Kashmiri called the cartoons disgraceful," Headley said and added that Kashmiri wanted to drop a truck of explosives inside the building of the newspaper, to which he suggested that that was not a viable option because of the barricades on the way to the building. 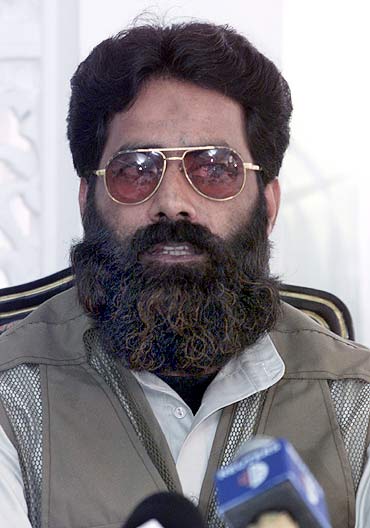 Responding to questions from federal prosecutors, Headley said that Kashmiri and Pasha, another one of his Pakistani handlers, told him about an elaborate plan to carry out the attack on the Danish newspaper in Copenhagen with his men who are based in London.

"Kashmiri told me that he has spoken to the people in England who would carry out the operation. He gave me about Rs 80,000 for personal expenses and discussed various issues about the Denmark project," Headley said.

Like Mumbai, Kashmiri wanted a "stronghold" approach, meaning fighting to the death and before the operation, he wanted some kind of "martyrdom videos" of the attackers be recorded, Headley informed the judges.

Western forces not incompetent and timid as Indian: Kashmiri to Headley 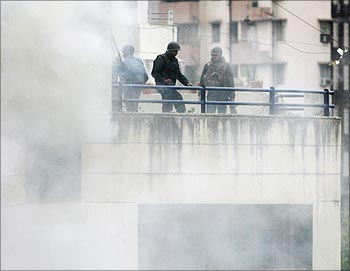 According to Headley, Kashmiri told him that he expected the Copenhagen attack not to last as long as the Mumbai-one did. The western forces would not be "as incompetent and timid as Indians" and that the response would not last very long, he said.

It is at this meeting that Kashmiri told Headley that he has arranged for the "murderers" in London.

In June 2009, when Headley returned to Chicago, he shared the information that he had from Kashmiri with Tahawwur Hussein Rana. "All that has been discussed was shared with Rana," Headley said.

"It is a good idea, he agreed," Headley noted.