Political crisis averted in Pakistan, but for how long? 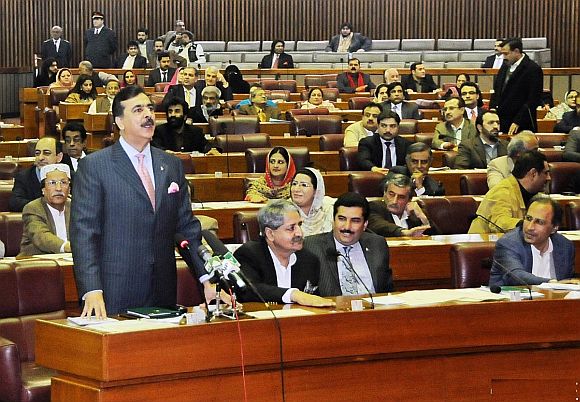 With the Supreme Court of Pakistan determined to take up the issue of presidential immunity on February 1, the country may have to yet again brace itself for a rocky month ahead, reports Amir Mir.

The brewing political crisis in Pakistan seems to have been averted for the time being as Prime Minister Yousaf Raza Gilani appeared before a seven-member bench of the Supreme Court on January 19, in a contempt of court case and showed his respect to the court which too accorded him all the protocol befitting an elected chief executive.

All eyes were fixed on the apex court proceedings, amid rumours that the courtroom could witness some kind of fireworks between the prime minister and the judges. But there was nothing of the sort.

Those in the establishment who wanted to add more fuel to the fire and were looking forward to the prime minister being convicted were in for a disappointment. Defending his decision not to write a letter to the Swiss authorities to reopen cases of alleged corruption against President Asif Ali Zardari, the prime minister told the apex court that the holder of the office of the president is provided immunity under both under article 248 of Pakistan's constitution and international law.

But the court adjourned the case hearing till February 1, maintaining that the president needs to seek immunity, which is not available to him automatically.

The SC has now decided to examine whether or not the president could be granted immunity in criminal cases.

'Let's grab the bull by the horns' 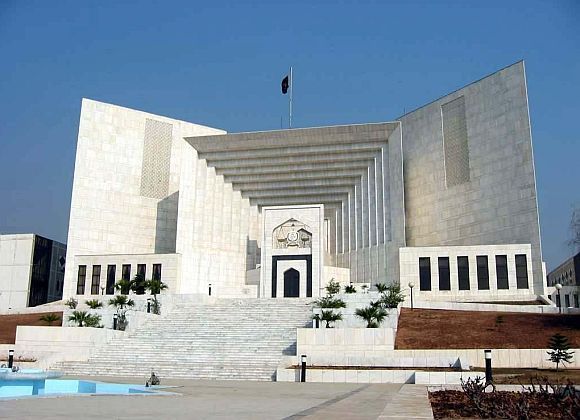 If the president has immunity, particularly under the Vienna Conventions, and the government believes that this precludes it from writing the letter while Zardari is the president, then that should be argued inside the courtroom.

"On the next date, let's hear you convince us on the issue of the president's immunity. Let's grab the bull by the horns", said Justice Nasir-ul-Mulk, the head of the seven-member apex court bench while adjourning the case for two weeks. Therefore, legal propriety and niceties aside, the present crisis is clearly far from over.

The court orders to write to the Swiss authorities had been passed by 17 judges of the Supreme Court way back in December 2009, eventually making them charge the prime minister with contempt of court for his non-compliance.

In an interesting twist imbedded with serious legal and political consequences for the government and the president, the prime minister's main argument in his contempt of court showcause proceedings has ended up doing exactly what the Pakistan Peoples Party government had avoided till date: opening a discussion on the matter of presidential immunity in the Supreme Court.

A direct adverse finding or ruling by the apex court could unleash a plethora of problems for the president, with his close aides questioning the apex court's directives to claim immunity, despite the fact that the constitution is quite clear about it.

Therefore, the government circles say the SC is within its rights to serve contempt of court notices to whoever it deems fit, but whether contempt has been committed by the prime minister is arguable given the immunity clause in the constitution. Even the Swiss authorities, they say, are not ready to open those cases against the president in which he has already been cleared by the Pakistani courts.

Zardari has already been exempted from trial 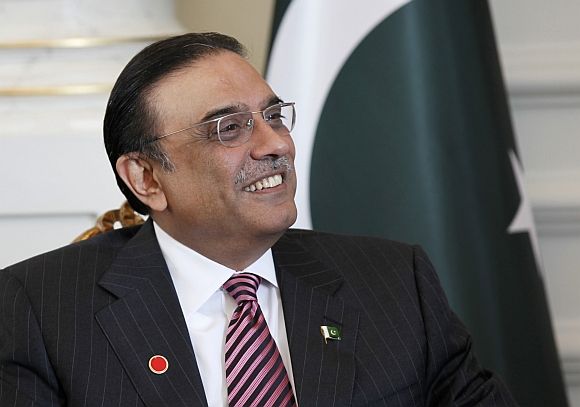 While the Supreme Court has yet to decide if the president enjoys blanket immunity in all criminal cases, the accountability courts being run by the National Accountability Bureau have already given immunity to President Zardari in at least three cases while many other cases have not been reopened for the same reason.

In the three corruption references, the president has already been exempted from trial by the accountability courts and formally given immunity under article 248(2) of the 1973 constitution -- the very question which has now come before the supreme court for a judgment in Prime Minister Gilani's contempt case for a judicial review.

The NAB neither opposed the immunity plea in favour of the president nor challenged it in any of the high courts or the supreme court, maintaining that the principle of absolute immunity granted to the head of the state is very much clear in international law.

The absolute immunity for the head of the state originally developed from the idea of State sovereign immunity, as the State and its ruler were taken as one and the same thing. In the case of Robert Mugabe, reported at (2004) 53 ICLQ 789 and in the case of Fidel Castro the UK and Spanish courts declared the law by stating that as both of them were serving as heads of state they cannot be prosecuted.

In the famous Colonel Qaddafi case before the French Court de Cassation, the French supreme court held that international customary law prohibits exercise of criminal jurisdiction over heads of state in office.

Zardari is worried the SC might withdraw his immunity 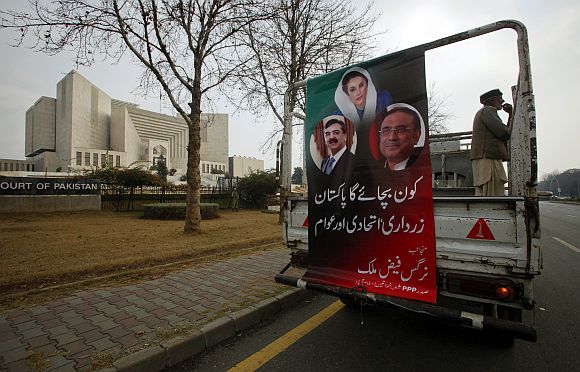 The International Court of Justice in the case of Congo v Belgium, while dealing with the case concerning the arrest of warrant of a foreign minister (Yerodia) and while comparing his functions to that of a head of state in his capacity as a representative of the State declared immunity from criminal process for him and thus laid the principle of immunity from criminal process for sitting heads of state or high-ranking ministers.

As a matter of fact, the argument in favour of absolute immunity for heads of states is routed in traditional notion of diplomatic relations between States and this is illustrated in the logic implied by the International Court of Justice in the Congo decision. State actors fear that derogation from norm of immunity for heads of state will lead to an atmosphere of disarray in domestic fields and diplomacy.

However, keeping in view the immunity enjoyed by heads of state worldwide, the million dollar question that comes to one's mind is: Why is President Zardari unwilling to approach the apex court to claim immunity? The simple answer is that Mr Zardari is not ready to risk his presidency, fearing that the supreme court of Pakistan might withdraw his immunity.

With the apex court seemingly determined to take up the issue of presidential immunity on February 1, when contempt of court proceedings against Prime Minister Gilani are set to resume, the country may have to yet again brace itself for a rocky month ahead.