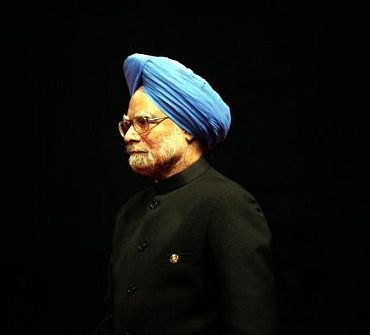 Bharatiya Janata Party on Thursday took potshots at Prime Minister Manmohan Singh, alleging his "lack" of leadership had made the United Progressive Alliance government a "sinking ship" and prompted even allies like Trinamool Congress to declare that he should be moved to the President's post.

"By offering his name as a candidate for President, the UPA allies have shown that they do not see Manmohan Singh as prime minister. The coalition partners of UPA want to relieve him of his duties and make him the President," BJP spokesperson Shahnawaz Hussain said.

He charged there is lack of balance, leadership and mutual trust in UPA government.

'If his own allies don't trust the PM, how can the country trust him?' 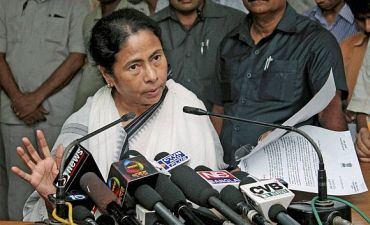 "This is a leader-less government. UPA lacks direction. Under the leadership of Manmohan Singh, UPA is a sinking ship. If his own allies do not have trust in him, how can the country trust him?" Hussain said seizing on the discomfiture in UPA over Presidential nominee choice.

BJP alleged the PM and Finance Minister Pranab Mukherjee have failed to control price rise and not taken strong steps they promised to deal with the problem.

The oppposition party alleged that inspite of the present crisis in UPA over choosing a Presidential candidate, the "arrogance" of Congress refuses to ebb. "Even today, Congress has answered its allies in an arrogant language," Hussain said.

The party maintained the rift in UPA is clearly visible.

"At a time when Congress should be clearing its name in a slew of corruption cases, it is busy trying to save the coalition... It is cornered by its own problems and no more concerned about the country," Hussain said.