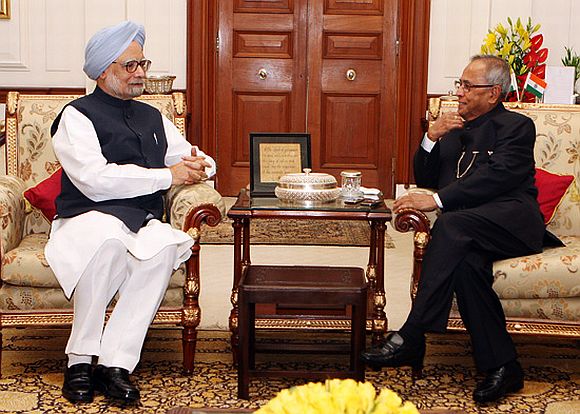 The end of 'pitr paksh', considered an inauspicious period by Hindus, and the beginning of the navaratra season, set abuzz reports that a change in the government was on the cards, possibly this week.

There was no official word on what transpired at the meetings which fuelled fresh speculation about the changes in the Council of Ministers that could take place before Mukherjee leaves on October 20 for his ancestral home in Miriti in West Bengal for Durga Puja festivities.

The prime minister's meeting for an hour came in the morning before he left for Hyderabad on a day's visit, while Gandhi met Mukherjee in the evening for 40 minutes.

There was no certainty over whether Rahul Gandhi, who is also likely to meet Mukherjee on Wednesday, would enter the government in the face of strong demands from the party men to assume a "larger" role. 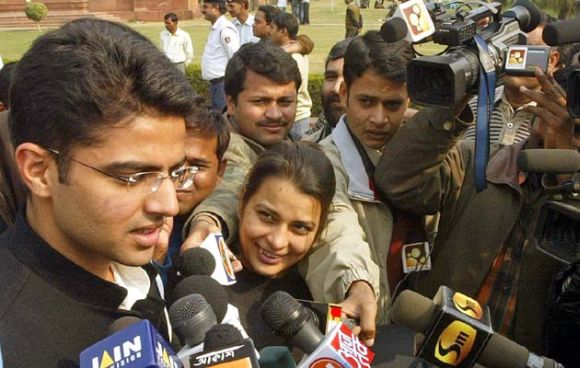 There has been speculation about reshuffle in the Cabinet for quite some time now, especially after the exit of Trinamool Congress ministers both at the levels of Cabinet and Ministers of State levels.

There have been berths vacated by DMK representatives A Raja and Dayanidhi Maran in the last two years after their names cropped in the 2G scam. However, DMK President M Karunanidhi has recently made clear that his party will not like to reclaim their lost berths.

Congress sources said that the reshuffle and induction could be largely from the party. There is speculation that some young faces, considered close to Rahul, like Manicka Tagore and Meenakshi Natarajan could be inducted into the council of ministers.

Some among the young ministers like Sachin Pilot, Jyotiraditya Scindia and Jitin Prasada may get promoted to Cabinet rank or get independent charge as Minister of State. 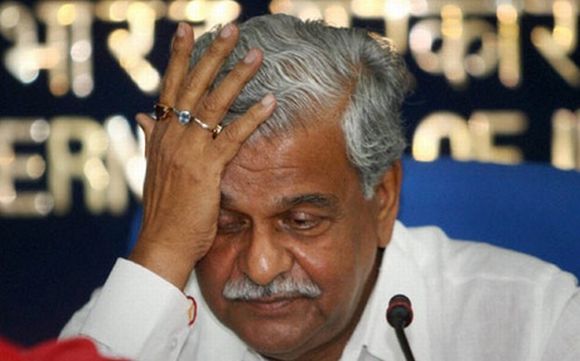 With six ministers from TMC leaving, two to three Congress leaders from West Bengal are expected to be accommodated.

A reshuffle of the AICC secretariat is also on the cards and Amethi MP Rahul Gandhi is expected to get a larger responsibility in the organisation.

With the death of Vilasrao Deshmukh, there is a vacancy for a cabinet minister from Maharashtra. Tourism Minister Subodh Kant Sahai and Coal Minister Sriprakash Jaisawal have come under attack from the Opposition on the coal block allocation issue.

Changes in the government and the party could be taking place in tandem as there is a possibility that some of the ministers would be drafted for party work, sources said.

They said the exercise could be a major affair as the team would be leading the party in the next Lok Sabha polls.