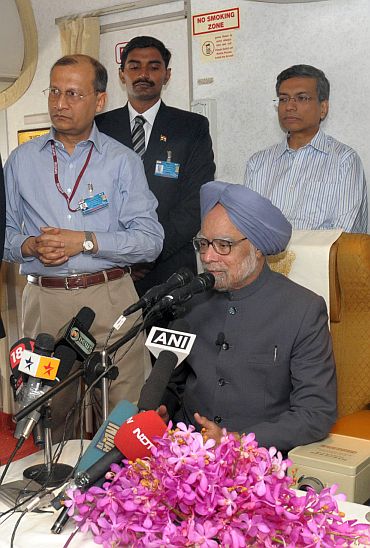 Prime Minister Manmohan Singh interacted with media persons on a wide range of topics on board his special aircraft while returning to New Delhi from South Africa after the IBSA summit. Here are excerpts from the interaction:

On tackling poverty, unemployment and other chronic ills ailing our country

Getting rid of chronic poverty, ignorance and disease which still afflict millions and millions of people in our country is the most important task and to achieve that goal we have to walk on several legs.

We have to ensure that the country's economy grows fast enough and the 12th Five Year Plan has the target of about 9 per cent growth rate.

It is difficult in the present world situation but we believe it is achievable, and if we simultaneously lay lot more emphasis on infrastructure, on education, on health, on skill development, we will create an environment where the youthful population profile that we have, will create not only higher growth rates but also create jobs of productive quality for young men and young women who would be joining the labour force

'There are more civilised ways of expressing one's anger' 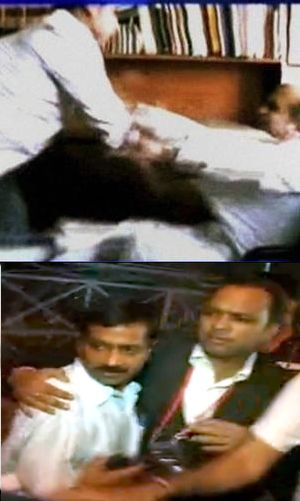 On attacks on Prashant Bhushan and Kejriwal, and if these were signs of growing intolerance?

Well there is no place for violence in our democracy, therefore any act of violence is to be condemned.

On that point I am absolutely clear that nothing is gained by pursuit of violence, howsoever angry one may feel, there are more civilised ways of expressing one's anger and frustration.

'In politics, it is better to avoid harsh words' 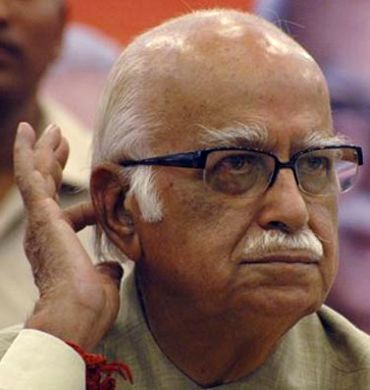 Well it is for the people of India to decide and on a foreign soil, I am not going to criticise any national leader.

I wish Mr Advani a successful yatra and I would hope that he would not use language, at times, which appears to be intemperate.

I think in politics it is better to avoid harsh words.

'There are difficulties in arriving at quick decisions' 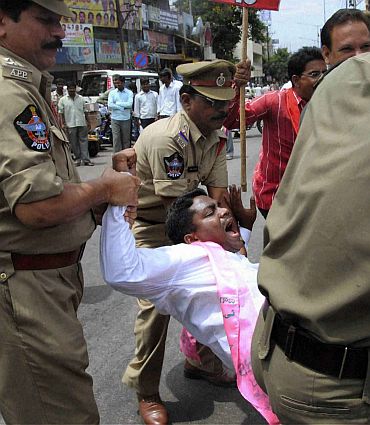 On 'inaction' on Telangana issue and how govt plans to address it?

Well, there is no inaction. Efforts are being made to find a solution, which would bring about a broad based consensus, among all the various stakeholders.

There are difficulties in arriving at quick decisions.

There is a long history of the Telangana movement; it is not a new movement. It has been there since the mid fifties, and given the complications involved in settlement, it will take some time.

That's why we have been engaged in wide spread dialogue and discussions with all the stake holders. And it is our hope that out of that will emerge a solution, which is a win-win for all concerned.

'India and China are neighbours; we have problems' 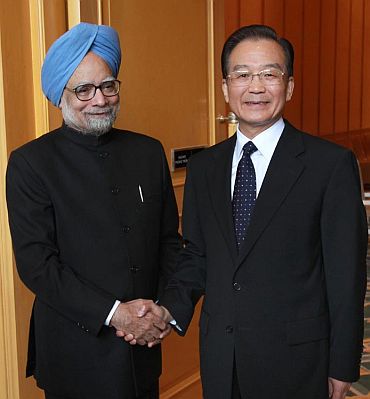 On rising threat perception from China and plans to tackle it

India and China are neighbours; we have problems.

The border problem is a long standing problem, but its my sincere hope that is possible for us to find ways and means by which the two neighbours can live in peace and amity.

Despite the persistence of the border problem our both countries have agreed that peace and tranquillity should be maintained along the border.

I have good working relations with President Hu Jintao, Prime Minister Wen Jiabao and I am convinced that the top leadership of China wants peaceful resolution of all problems that exist between India and China.

'Can't comment on stray thoughts of what my Minister has said' 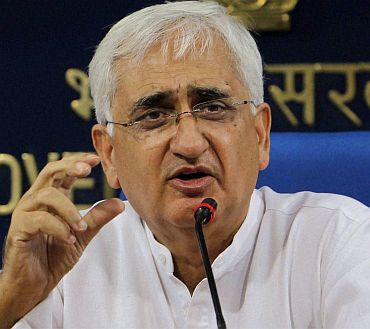 On law minister's comment that keeping businessmen in jail is hurting sentiment?

Well, it would not be proper for me to comment on the stray thoughts of what my Minister has said.

We have a functioning democracy in which all the three wings of the establishment -- the executive, the judiciary, the legislature -- have a well defined role to play.

'We cannot say that corruption is something which is inevitable' 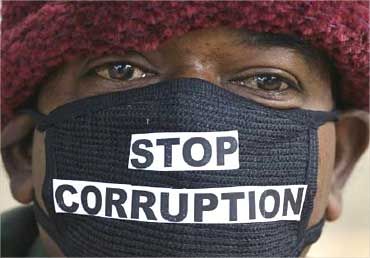 Whether corruption is an inevitable fall out of development

I don't think it is an inevitable fallout. We cannot take that view -- that would be a very complacent viewpoint.

I think the recent debate over corruption has served its purpose. It has awakened our country to the harmful consequences of corruption, which is eating into the political, economic and social fabric of our society and our government is committed to all that is necessary to clean up the system. On whether Team Anna is unfair to government and PM personally?

Well I would not like to criticise any one individual.

I think Anna Hazareji's movement has served its purpose. I think we are all working to ensure that we have in place, before long, an effective Lokpal Bill in Parliament.

It is our expectation that Parliament will move for an effective Bill, which will be assurance to the people at large that corruption cannot flourish as a way of life in our country.

'Never said we are going to change the RTI' 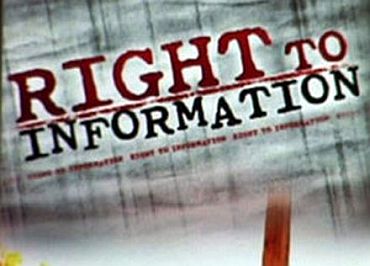 Any clarification on RTI law dilution

I never said that there should be any dilution.

I think there are certain ways in which things can be done.

All I had said was that we should reflect how to achieve in totality the purposes for which RTI has been set up. 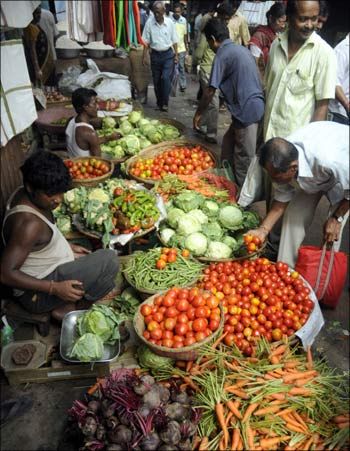 On meeting on price rise convened by PM and what could the common man expect in the coming days?

Well the purpose of that meeting was to explore the ways and means, on how we can bring about a moderation in the rate of inflation.

We have to use all these instruments together to bring about a credible price behaviour and the purpose of that meeting was to understand from the experts in the Government of India, the various forces which are at work, which have been fuelling inflation, and how we can bring inflation under control.