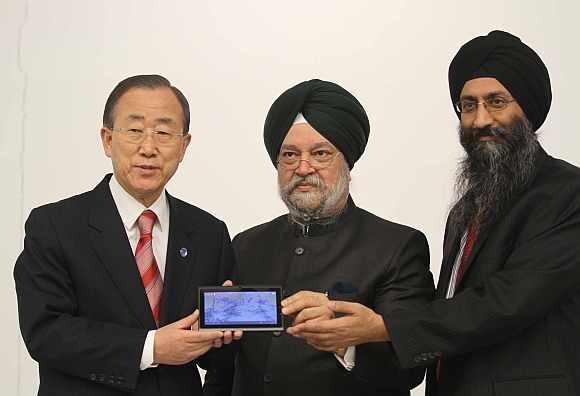 United Nations Secretary General Ban-ki moon on Wednesday said that not only India is a critical player on security issues, but it is also so a leader on development and technology and 'indeed a superpower on the information superhighway.

"There is a reason places such as Hyderabad are called 'Cyberabad', Ban said while launching the Akash 2 tablet, India's most low priced tablet computer to remove illiteracy, at the UN headquarters.

Among those present were Datawind Chief Executive Office Suneet Singh Tuli and Indian Ambassador to United States Hareep Singh Puri. Ban said that it is known that technology is not an end in itself.

"The key is to empower people to make the most of their own potential," he said, adding that Information and communications technologies are engines of economic growth and development and can help transform people's lives.

"They are great enablers -- helping people communicate across distances, facilitating trade and commerce and providing better access to health care and education. Today there are more than five billion people who carry mobile cellular subscriptions -- and more than two billion people online,' he said. 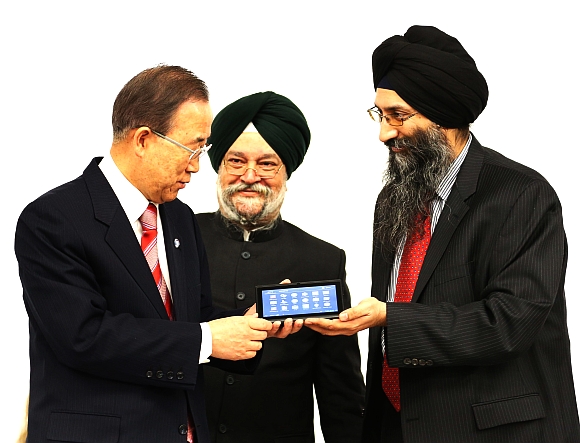 Ban said in brief remarks that the world needs to do more to help all children and young people make the most of the opportunities provided by information and communications technology -- especially all those who are still unconnected from the digital revolution.

"I know that in Hindi, 'aakash' means sky," Ban who had worked in India as diplomat, said. "I want to encourage partners around the world to work with the UN to help young people reach for the sky and meet their dreams.