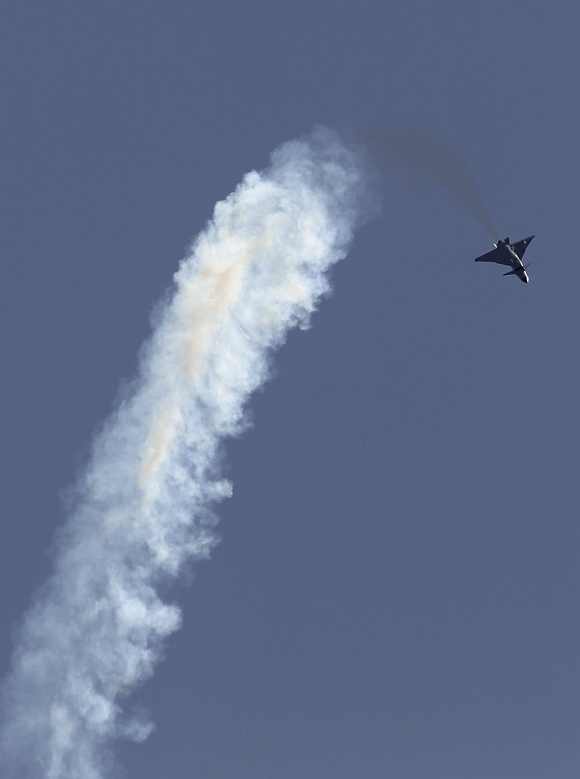 China has conducted a massive military exercise in the high altitude Qinghai-Tibet Plateau, close to the disputed borders with India, during which it has for the first time tested the multi-role J-10 fighter jets.

The People's Liberation Army Air Force have conducted ground attack training over the Qinghai-Tibet Plateau, the "first operation of its kind", official media in Beijing reported.

According to a report and photos released by PLA Daily on Wednesday, the ground crew of J-10 regiment fuelled the fighters and loaded ammunition on the 3,500-meter-high plateau at temperatures below -20 C.

The fighters scrambled and attacked the targets with conventional as well as laser-guided bombs. Sorties were made both during the day and at night, the report said. 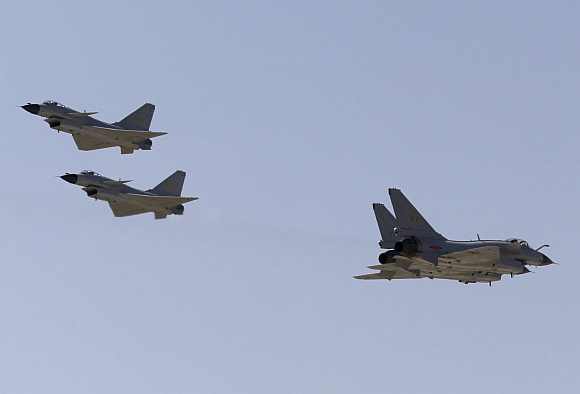 It was the second time that the official media released photos of the home made J-10 fighter using laser-guided bombs. The exercises were highlighted on Thursday by another official daily -- The Global Times.

The rare display of the news about exercises was seen as a message to the Indian side, which is also beefing up its border regions along the Line of Actual Control by deploying its top end fighter aircraft.

The J-10, which was also being sold to Pakistan, took part in exercises in October last conducted by PLA incorporating air forces and air defence units as well as armour and artillery units in Tibet Autonomous Region. 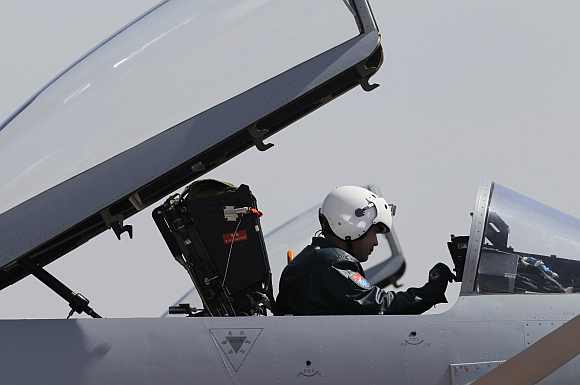 "The J-10 fighter was initially designed as an air superiority fighter, focusing on air combat and interception capability.

The J-10's activities on the Qinghai-Tibet Plateau have been relatively frequent in the past months, the newspaper said.

"Operations on the plateau are a routine for the air force. The main obstacles for plateau operation are thin air, complicated weather conditions faced by ground crews and low oxygen density, which makes igniting the engines much harder," Bai noted. 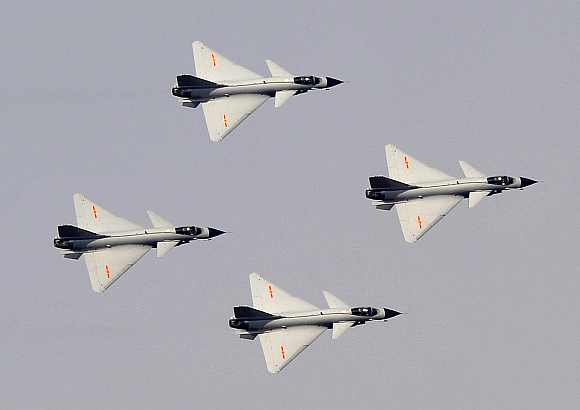 The J-10's primary air combat weapon, the active radar homing mid-range missile dubbed as the PL-12, is a fourth generation radar-homing air-to-air missile, the daily said. It is generally comparable to the US AIM-120 missile, which has a good service record in past air combat missions, Daniel Tong, a Chinese military observer and founder of the website Chinese Military Aviation said.

The Chengdu J-10 fighter made its official debut in 2006. The aircraft has been delivered to the air force in large quantities along with the Shengyang J-11 two-engine heavy fighter, Tong said.


TOP photo features of the week