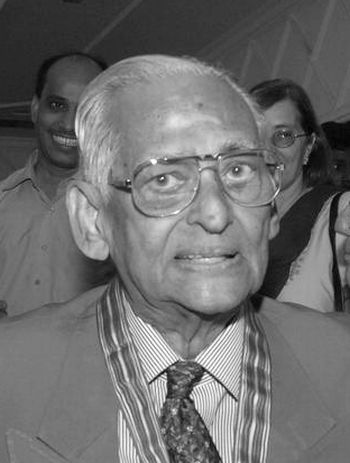 Known as a man for all seasons, Padinjarethalakal Cherian Alexander made a mark as the political adviser, conscience keeper and administrative trouble-shooter to former Prime Minister Indira Gandhi who heavily relied on him to tackle tricky situations.

Alexander, who served as Gandhi's principal secretary after her return to power in 1980, combined dexterously his personal equation with the prime minister and good rapport with key ministers and top secretaries to ensure quick and effective implementation of government policies.

Born in Kerala on March 20, 1921, Padinjarethalakal Cherian Alexander was a Rajya Sabha member from 2002-2008 and held eminent positions in his five-decades long career as a public servant. 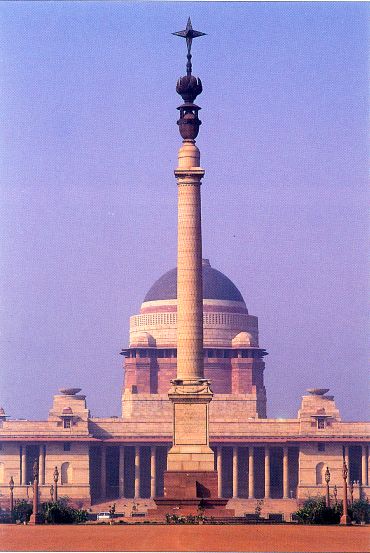 Alexander's name was considered for the post of President during the NDA rule in 2002 to succeed K R Narayanan, but he lost the race due to certain political complexities at the time, leading to the election of A.P.J Abdul Kalam. An upset Alexander had then resigned as Maharashtra Governor.

A 1948 batch IAS officer, Alexander left his own imprint for his standards of efficiency, impartiality and integrity.

It was these qualities that took him to the post of Principal Secretary to Indira Gandhi and Rajiv Gandhi from 1981 to 1985.

An unassuming person, Alexander never tried to impose his views on Indira and Rajiv presenting alternative courses of option in a given situation but skillfully zeroing in on a single option.

Alexander quit as principal secretary to Rajiv Gandhi after a spying scandal, involving some officials of the PMO and Rashtrapati Bhavan. 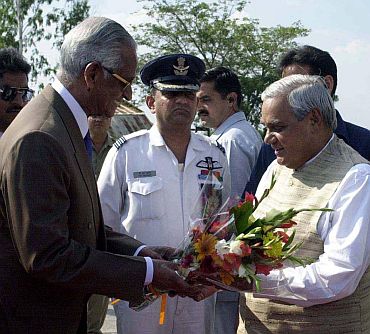 The infamous Coomar Narain case led to the arrest of nearly a dozen persons, including some lower level functionaries, attached to Alexander. The scandal shook the foundations of the government and Alexander had to eventually move out.

A case under the official secrets act was registered and it was alleged that those involved in the espionage activity were doing it for commercial benefits.

Alexander was then appointed as high commissioner for India in London and held senior posts in the UN Civil Service for 10 years.

An expert in economics, Alexander also served as commerce secretary in the Janata Party government but soon left the job to serve as assistant secretary general and executive director of the UN International Trade Centre, Geneva.

However, he gave up the job when former Indira Gandhi invited him to join her office as principal secretary in 1980.

A hard task master when it came to implementing government decisions, he acted as a buffer between Gandhi and central and state ministers and representatives of foreign governments.

Known for his trouble shooting capabilities, Alexander also had a good grasp of the country's internal politics and security problems.

Alexander did his post-graduation from the Travancore University and M.Litt and D.Litt. degrees by research from the Annamalai University before joining the Indian Administrative Service in 1948.

An erudite speaker on a wide range of subjects, he was the recipient of the prestigious Kanchi Paramacharya Award for National Eminence in Public Administration in 1999.

Alexander has authored several books, articles and  research papers, including My Years with Indira Gandhi, The Perils of Democracy and India in the New Millennium.