'What do politicians know about nuclear safeguards?' 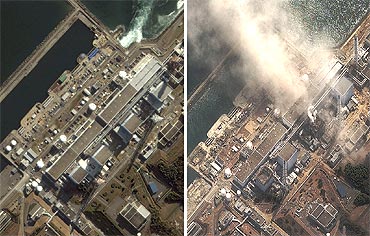 In the wake of the nuclear emergency in Japan, Prime Minister Manmohan Singh should have ensured a 'check-up' of safeguards at India's nuclear power plants before declaring 'Everything is fine' at those sites, Dr A N Prasad, former director, Bhabha Atomic Research Centre, tells Rediff.com's Sheela Bhatt.

The nuclear crisis unfolding in Japan has sent shockwaves across the world. India, which dreams of doubling its current nuclear energy sector within a short period, has to evaluate its nuclear agenda in the wake of the Fukushima crisis.

India's nuclear programme has a total installed capacity of 164 gigawatts and wants to more than double it in a few years. After the catastrophe on March 11 (when an earthquake and tsunami damaged the Fukushima nuclear plant in northern Japan), Germany has decided not to extend the lifespan of its nuclear plants, Taiwan wants to cut its nuclear power output. Many other countries have declared their intent to put on hold plans for nuclear power. But India is yet to take any such steps.

Dr A N Prasad, former director of the Bhabha Atomic Research Centre in Mumbai, is a well-known international authority on nuclear safeguards. Dr Prasad was part of the team that installed India's first fuel reprocessing plant at the BARC in 1964. He has specialised in what is called the 'back-end of the fuel cycle.' He has also served as the chairman of the Department of Atomic Energy's Safeguards Committee.

In the wake of the Japan crisis, he advised the Indian government to go slow on establishing nuclear power plants before strengthening the infrastructure and manpower at such sites.

According to Dr Prasad, even if Indian installations are constructed sturdily to withstand natural calamites, it is not desirable to have so many disgruntled elements opposing the installation of power plants in the country.

The disaster-hit Fukushima plant in Japan had boiling water reactors like the ones at the plant in Tarapur, Maharashtra, which Dr Prasad mentored. He spoke to Sheela Bhatt on March 15, even as the authorities in Japan were scrambling to contain a nuclear emergency. 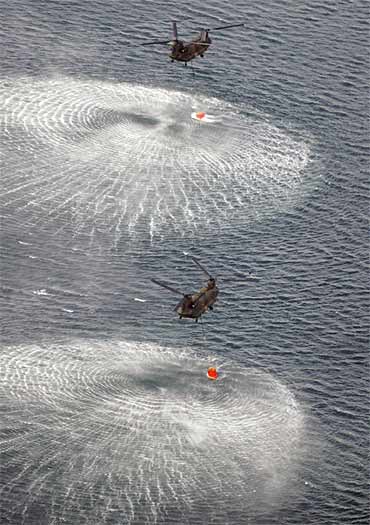 What is your take on the nuclear crisis in Japan?

The Japanese people are experts in designing structures that are earthquake resistant. They are world leaders. It is difficult to speak without details, but the Fukushima plant would have certainly survived had it not been for the high-intensity tsunami that followed.

I read a report about Japan facing 10-metre tall sea waves which were more than double of what south India faced during the 2004 tsunami.

Unfortunately, (after the tsunami) the back-up power -- diesel power -- failed them. Back-up power is very important in such accidents.

Diesel power gives life to reactors after the plant shuts down. It cools the reactor to ensure that there is no meltdown.

When an accident occurs, the control system automatically starts working and the reactor shuts down. But in this case, the tsunami struck and the back-up power also failed, so all these problems have cropped up.

Why was it so unimaginable that back-up power could fail?

Diesel power, these pipelines and plants are earthquake resistant and they are not supposed to fail. It is difficult to say why without first-hand knowledge, but it looks like the problem was compounded because of a huge rush of water due to the tsunami. 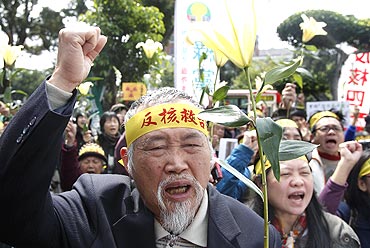 Everyone, including former Atomic Energy Commission Chairman Dr Anil Kakodkar, assures us that 'all plants are fool-proof' and everything is safe. But people's confidence in nuclear technology gets shattered when a Fukushima-type event occurs.

I am not one of those who subscribe to readymade answers. If after the Japan crisis anyone asks me, I would not say everything is safe in India. I won't rush to say that at all.

A prudent thing to say is now that Fukushima has happened, India will go for a complete check-up and conduct safety audits (of nuclear plants) and only then will we come out with a reaction.

The way we have designed our nuclear power stations, I would say our assumption is that we should be safe. But we can't say for sure that it will be safe for all eventualities. This is something we can't say.

While reacting to the Japan crisis, Prime Minister Manmohan Singh should not have said, 'Everything is fine.' He should have said, 'We will have to go for a check-up.'

'Everything is safe in India' -- I won't make that sort of a statement.

We have to conduct audits properly. We will have some sort of understanding of new possibilities only if we conduct safety audits, only then can you declare that everything is safe. Just to keep people quiet, you cannot fool them like this.

What do political leaders know about safety? One can't conduct a safety audit in two days. It's a very involved process.

In view of the Japan crisis, we will have to try to form new ground rules for safety.

What is a safety audit? Whatever assumptions we made in the beginning for designing a particular plant, we have to confirm that the same still hold true with changing standards and with the events unfolding in Japan.

How far are Indian plants safe given what is happening in Japan? It is irresponsible to say that Indian plants are safe. Let the audit take place and let's decide after that.

'Indian installations will ensure that there is back-up power' 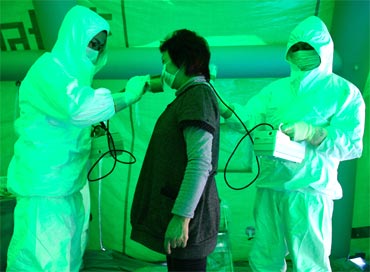 Which are the major factors that created this nuclear crisis?

From the published reports so far, I think the major reason seems to be the failure of back-up power. During any earthquake, movement reactors shuts down automatically; that is the built-in design of our reactors.

The moment the reactors shut down, the cooling should start. If that cooling process doesn't begin, then problems would arise.

Lots of radioactive fission products are there in it, they go through natural decay.

During decay, heat is generated and that has to be removed, otherwise it becomes risky.

If the heat is not removed, then the water boils. This leads to the formation of steam and it would escape.

Afterwards, the nuclear fuel gets exposed due to excessive heat and then it melts.

Then the real tragedy begins.

If the report of containment getting breached (in the Fukushima plant) is correct, then it is an unexpected development.

It seems that due to excessive heat, hydrogen was generated and it got mixed with oxygen. This created a chemical reaction and it exploded.

The picture (from the Fukushima plant) shows that the roof and walls of the plant collapsed, but the containment is still intact.

All our reactors are designed for LOCA (Loss of Coolant Accident). Even if the coolant is lost after an accident, we ensure that the reactors survive.

Fukushima seems to be a case of LOCA. The reactors should have survived, but it requires a certain amount of cooling.

The failure of back-up cooling seems to be the main culprit. That setback has triggered this chain of events. This accident could have been averted if the back-up cooling system had survived in the tsunami.

One of the fall-outs of the Japanese incident is that all Indian installations will ensure that there is back-up power and a back-up cooling system. Yes, they can. Because there were no options for them (after the tsunami hit the Fukushima plant), they desperately pumped in sea water into the system.

Probably the cooling effect of sea water mitigated the whole thing to some extent. However, in reactor number 2, there seems to be a problem in cooling.

There were some reports about the containment partially breaking and radioactivity being released. If that is true, then it's a very bad thing.

When the crisis was triggered off on March 11, why didn't civil nuclear power countries, the International Atomic Energy Agency and the World Association of Nuclear Operators come together to find a way out after realising that the back-up system had failed?

Japan is an advanced country and they are proud of their capabilities. Maybe they have an ego like any other developed country. Probably they thought they know how to handle the crisis.

One more point is that IAEA chief Yukiya Amano is a Japanese national. I am sure he was in touch with the authorities in Japan. (A few hours after the interview, Japan asked the IAEA to help it deal with the nuclear crisis).

How will the spread of radioactivity affect people?

Hopefully, the radiation levels will get diluted with distance. The radiation can also settle down on the ground.

It will affect animals, water bodies and farms.

In India, after the Chernobyl disaster, we were still importing cheese and butter from Russia. We examined the imports and found them contaminated. There were court cases against importing stuff from the affected European countries.