'Media pays little attention to the issues of rural Dalits' 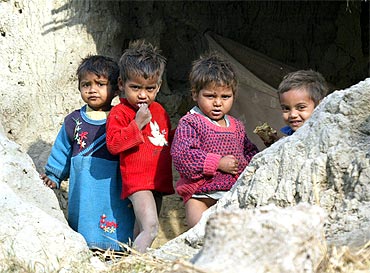 Mumbai-based Anand Teltumbde is a leading scholar-activist who has written extensively on issues related to caste, class, imperialism and globalisation.

In the second part of an interview with Yoginder Sikand, he talks about the Dalit media, the influx of NGOs and the impact of Dalit capitalism on the movement.

Read Part I:  'Most Dalit groups remain fixated on reservations'

How do you assess the role of the Dalit media in raising and communicating these issues which you feel Dalit groups have failed to take up?

There is not much of a Dalit media actually. There are several small magazines and periodicals run by Dalits all over the country. Some of them do raise valid issues faced by Dalits, but many others are simply tails of this or that political group. This connection may not be always visible but it does exist in terms of direct or indirect support coming from these sources.

During the last decade, a curious development took place in Maharashtra in this regard. Some Dalits started daily papers, one after another. Today, there are at least half a dozen full-sheet daily papers run by Dalits in Maharashtra. They do satisfy rhetorical need of having our own media. One does not know how their economics is managed, however, given that newspapers basically run on advertisement revenue, which is largely absent in their case. The content analysis of these newspapers does not indicate that they have significantly contributed raising the live questions of Dalits or catalysed any movement around it. They just meet the identitarian need of having 'our' own media.

I do not know whether a media owned and operated by Dalits could really be called a 'Dalit media'. Most Dalit papers reflect the concerns and interests of their readership -- the 'reservationist' middle-class -- and that is why they deal mainly with religio-cultural issues, besides, of course, reservations. They pay little attention to the issues of rural Dalits. Many of them are averse to taking up economic issues or to considering the need for a contextually-rooted class-cum-caste analysis of Indian society. Basically premised on the identity of Dalits, they often ignore other issues.

The media reflects to some degree the state of our intellectual activism. The tragedy is that we have few organic intellectuals who can articulate the concerns and interests of the Dalit masses. Instead, we have a whole lot of cut-and-paste intellectuals whose only task, it seems, is to rehash what others have written before them, refusing to engage in any creative intellectual work. The Dalit media eventually mirrors it.

'Influx of NGOs complicated the matter' 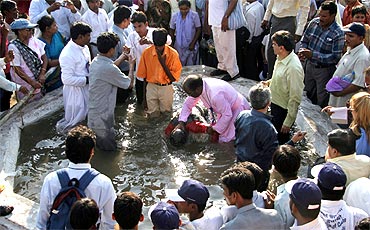 In recent decades, a number of NGOs have taken up Dalit issues and concerns, and Dalits are one of their major 'target' groups. How do you see the impact of this NGO-isation process on the Dalit movement in terms of highlighting Dalit issues and empowering the Dalits?

In terms of highlighting and even internationalising Dalit issues, I think many NGOs have played an important role. Even documenting Dalit problems and issues I think is a major contribution, given that little of this sort was being done by others. But, beyond that, especially in political terms, I think that, barring some cases, the role of NGOs has been problematic. At a fundamental level, NGOs depend upon donors, and, according to the dictum 'He who pays the piper calls the tune', they have to eventually conform to the agenda of their donors.

And the fact of the matter is that NGOs have been deliberately promoted as a vehicle of 'globalisation' in the context of the declining role of the State in the social sector. Naturally then, NGOs work, by and large, to depoliticise radical people's movements.

They work in a fragmentary manner, taking up discrete issues, and this promotes fragmentary consciousness in people around them, which is what neo-liberalism wants. By remaining confined to funded projects, they inherently lack a macro political-economic perspective, which again serves the interests of global capital.

Moreover, they also attract youths who might otherwise have gone into people's movements or radical politics, by providing them salaries and job security, and in this way also work as agents of depoliticisation. You are right in terming this the NGO-isation of the Dalit movement. Before the Dalit movement could introspect on its degeneration, the influx of NGOs complicated the matter and made any such review extremely difficult. 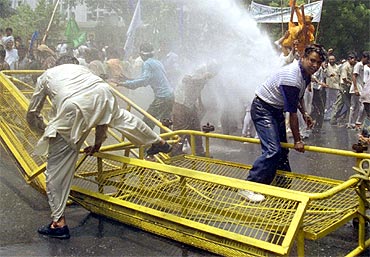 In your writings, you argue that globalisation spells doom for Dalits. In this context, how do you see the argument, made by a group of Dalit 'intellectuals' who have been much highlighted in the mainstream media, of the need for the State and multi-national corporations to promote what they term as 'Dalit capitalism'?

I think this argument is completely fallacious and dangerous. It buys into the imperialist logic, and is geared to serving the interests of foreign capital and the Indian ruling classes, who are well aware of the pauperisation of the Dalits and their mounting opposition to the system that is destroying their already shattered lives in the name of 'development'. This slogan of Dalit capitalism is being actually sponsored by some Western organisations linked to global capital. There is not much of guess work needed to see who the sponsors and supporters of this idea are.

As a matter of fact, the idea has been floated by a bunch of individuals who are projecting some Dalit entrepreneurs as though they were the new breed produced by globalisation. And this is being propped up by the mainstream media, which is otherwise shy of touching anything Dalit.

As for the Indian State, the Planning Commission, which otherwise refuses to move on the continued stealing of special component monies meant for Dalits, has been enthusiastically considering how to channel the public funds to these Dalit capitalists. It is a pity that Dalits do not see through the game and, instead, are getting enamoured with the idea because of their identitarian fixation. 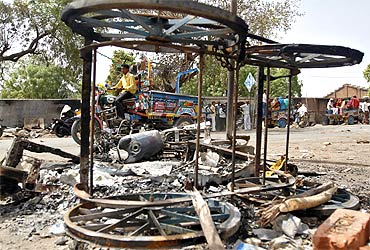 I do not think there is anything intellectually appealing about the notion of Dalit capitalism. I would rather say that this notion is itself a contradiction in terms and smacks of ignorance of both Dalits as well as capitalism. The Dalit entrepreneur is not a new species. Dalits have historically been entrepreneurs, grabbing whatever opportunities that came their way and made progress. Rich Dalits are also not a new phenomenon. There have been many rich Dalit individuals since colonial times. So, to claim that Dalits have only started progressing now as a result of supposedly benefitting from globalisation is a simple and pure falsehood. To impute the progress that a small number of Dalits have made in recent years to Dalit capitalism is fallacious.

Although, knowing the systemic character of capitalism, I would never be a votary of capitalism, I am not so dogmatic as to discard it either merely for ideological reasons. After all, there is a dialectics that will determine the time of its death. I do not have any quarrel, therefore, about Dalits becoming big capitalists and amassing their billions. But what irks me is this motivated attempt by the proponents of the notion of Dalit capitalism to create a patently false impression that Dalits have benefitted by globalisation, that Dalits have now 'arrived', that Dalits have abandoned socialism and have embraced capitalism.

The vast majority of Dalits still live in horrendous conditions in villages and urban slums as the wretched of the earth, and their conditions are, as I said earlier, going from bad to worse, rather than improving, as a result of the ravages of capitalism and globalisation.

The relative distance between Dalits and others on most developmental dimensions was reducing until the 1990s but the recent trends clearly show that the gaps are widening. By the World Health Organisation's standards of body-mass index, Dalits would be a famine-stricken community. To speak about such people in terms of Dalit capitalism is nothing but an unpardonable, cruel joke.