Pakistan's border most DANGEROUS place in the world: US 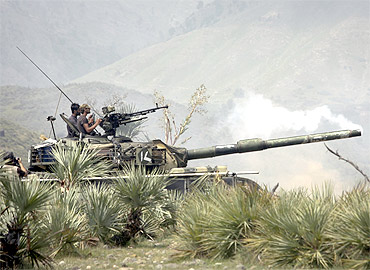 Pakistan's border region remains the most dangerous place in the world and the Federally Administered Tribal Area remains the epicentre of the world's worst of global jihad, a top Pentagon official has said.

"The continued presence of groups like the Tehrik-e-Taliban Pakistan, the Haqqani network and the Commander Nazir Group who provide Al Qaeda with safe haven and make common cause with it ensures that the FATA will almost certainly remain a principal area of US counterterrorism focus well after core Al Qaeda is dismantled and ejected from the region," said Michael Vickers, the under secretary of defence for intelligence.

'Thousands of Pakistanis have given their lives' 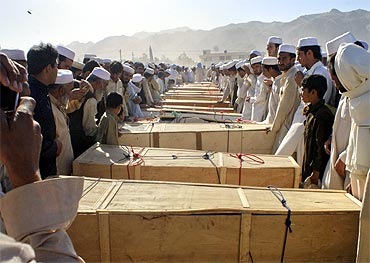 Terming Al Qaeda as a "parasite" that cannot survive without its host, he said, "The parasite also infects its host. In recent months, we have been reminded that our relationship with Pakistan is not without tension or frustration."

The US is working with its Pakistani partners to overcome differences and continue their efforts against their common enemies, he added.

"It's imperative that we do so. Pakistan has been critical to many of our most significant successes against Al Qaeda, and tens of thousands of Pakistanis -- military and civilian -- have given their lives in the fight against militancy," Vickers said.

'We have hit Al Qaeda's ability' 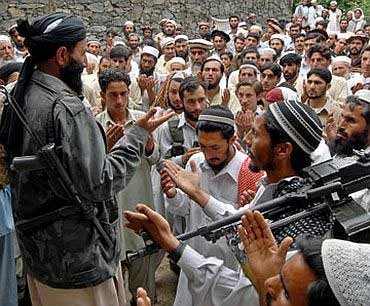 US, with its allies and partners, had thwarted attacks around the world, including Al Qaeda's plan to conduct multiple attacks against Europe last fall, he said.

"We have disrupted plots here at home, including the plan of Najibullah Zazi, who was trained by Al Qaeda to bomb the New York subway," he said.

"We have hit Al Qaeda's ability to attract new recruits and made it harder for them to hide and transfer money. In Pakistan, Yemen and Somalia we have shown them that it won't enjoy safe haven and have decimated its leadership ranks," he said.