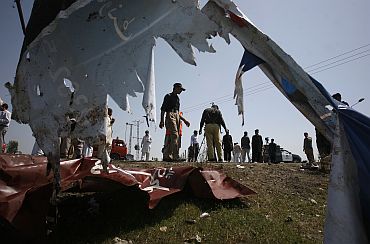 Almost ten years down the road since the 9/11 terrorist attacks rocked the United States, Pakistan seems to have been turned into the suicide bombing capital of the world, with the country's security forces, especially the army and the police, often being targeted by lethal human bombs, killing a total of 4,631 people and injuring 9,986 others in 291 suicide attacks carried out in almost every nook and corner of Pakistan.

Pakistan, which had been hired by the US Central Intelligence Agency during the tyrannical rule of General Zia-ul Haq to spearhead the so-called 'Afghan jihad' against the Russian occupation troops, was itself spared by any suicide hit until 2001, except for one such attack in 1995 at the Egyptian Embassy in Islamabad.

Human bombs used to be mere puzzling headlines for the people of Pakistan till the 9/11 terrorist attacks, a part of stories of death and destruction emanating out of troubled West Asia.

Suicide bombers have turned whole of Pak into their laboratory 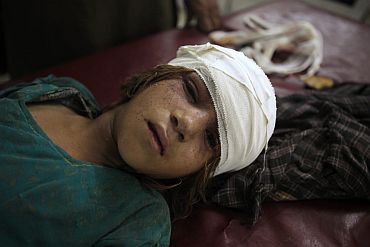 Then the US-led Allied Forces invaded Afghanistan in October 2001, making the people of Pakistan personally experience the devastation a human bomb strapped with lethal explosives could unleash.

With the avowed aim of eliminating all those who are siding with "the forces of the infidel", the new breed of well trained and highly motivated suicide bombers strike not only Western targets, but Pakistani security and intelligence agencies also, especially the Pakistani security forces which are accused of spearheading the US-led war against terror.

Consequently, from the rugged, lawless terrain of the tribal areas out west to the spiffy environs of Islamabad, the suicide bombers across Pakistan have made the whole swathe of the land their laboratory -- devastating lives, ruining families, imparting a murderous edge to humdrum existences. And the target of the grisly human bombs is just about anyone, anywhere, particularly if he represents in some way the symbol of the state. 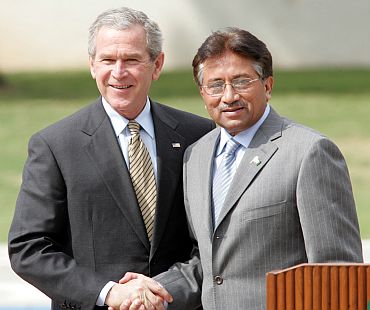 The deadly phenomenon of suicide bombings actually came to Pakistan in 2002, killing 15 people and injuring 35 others in a single incident on May 8, when a bomber rammed his explosive laden vehicle into a bus near the Sheraton Hotel in Karachi.

Those killed in the attack included nine French engineers and five Pakistani technicians who were working on a naval project. The Sheraton attack was the second hit of the year 2002, placing Pakistan on the world map of countries marred by suicide bombings.

The prime motive behind these attacks was the fact that in the aftermath of 9/11, Pakistan became a key US ally in the war on terror by reversing its previous decade's policy of trying to influence Afghan politics through the Taliban.

The policy reversal immediately brought the state of Pakistan into conflict with the jihadi organisations active in Afghanistan and Jammu and Kashmir.

For years, these groups had been ideologically motivated, mobilised and trained in Pakistan, mainly for export in the neighbourhood, particularly to Afghanistan and Jammu & Kashmir. 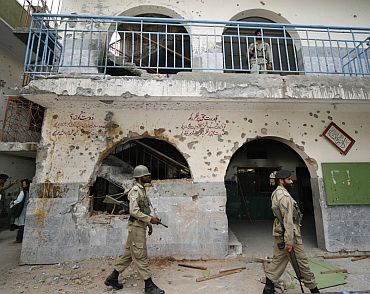 However, 2007 saw unprecedented rise in suicide attacks, in the wake of the gory 'Operation Silence' carried out by Pakistan Army against the fanatic Lal Masjid clerics and their followers in Islamabad.

Subsequently, a record number of 766 people were killed and 1,677 injured in 56 suicide attacks that year.

The perilous trend of suicide strikes, targeting the Pakistani security forces, touched alarming heights in 2007, averaging more than one hit a week as the military establishment lost control of the extremist jehadi networks and their leaders it had nurtured to advance its so-called geo-strategic agenda in neighbouring states of Afghanistan and India.

The intensity of the deadly suicide bombings in the aftermath of the Lal Masjid operation could be gauged from the fact that the then commander in chief of the Pakistani armed forces, General Musharraf, had to publicly direct his troops on July 13, 2007 not to wear their uniforms in public, especially in the Khyber Pakhtunkhwa for fear of a backlash from extremists.

In fact, the Lal Masjid raid was exploited by pro-Al Qaeda tribal leaders to provoke attacks against the army and demoralise its soldiers in the fight against terror. And the idea was to make the intensively Islamised military rank and file realise that the army was making a mistake by following the American dictates under the leadership of a 'faithless' Musharraf and his fellow generals.

Ugly side of suicide terror saw its peak in 2010 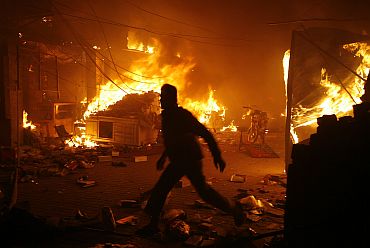 The human bombs coming from the Lal Masjid Brigade are those who had either been linked with Lal Masjid or its Jamia Fareedia for boys or had sympathies with the fanatic clerics of the Red Mosque due to their ideological affinity. While some of the human bombs had been students of these clerics, some were relatives of those killed during Operation Silence in July 2007.

Authorities probing the spate of suicide bombings following the 'Operation Silence' believe that most of the attacks in Rawalpindi and Islamabad were carried out by young men in their 20s coming from the Federally Administered Tribal Areas of the tribal agencies of South Waziristan and North Waziristan.

As soon as Operation Silence came to an end, the agencies had warned that the twin cities of Rawalpindi and Islamabad could suffer from suicide attacks, as over 500 potential suicide bombers who had been studying at the Lal Masjid-run Jamia Hafsa and Jamia Fareedia had not returned to their homes after the ending of Operation Silence.

They had warned that the potential bombers were hiding in several madrassas and mosques in and around the twin cities and were adamant to blow themselves up anytime, anywhere to avenge the killing of their loved ones.

The bloody rise of Baitullah Mehsud 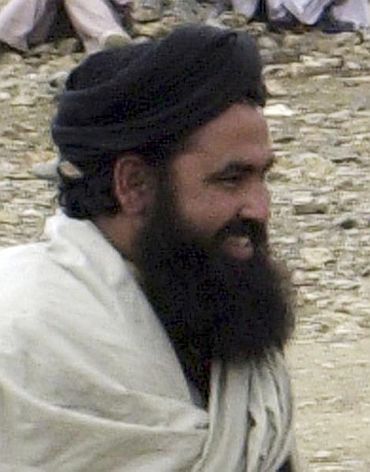 Hardly a few weeks after the operation ended, an 18-year-old human bomb killed 22 highly trained commandos of the Special Services Group of the Army by targeting their Tarbela Ghazi mess, almost 100 km south of Islamabad on September 13, 2007.

The bomber eventually turned out to be the brother of a girl student of the Lal-Masjid run Jamia Hafsa who was killed during the operation, carried out by Karar Company of the SSG.

The second kind of extremists involved in suicide attacks are those linked to the Al Qaeda and Taliban network based in the Waziristan region on the Pak-Afghan tribal belt.

In the rocky and far-flung region of Waziristan, Islamic rebels allied to the Afghan Taliban and Al Qaeda have literally taken control of almost the entire North Waziristan area on the Pak-Afghan border, thereby gaining a significant base from which to wage their resistance against the US-led Allied Forces in Afghanistan and the Pakistani troops, especially through their highly motivated and lethal suicide bombers.

Intelligence sources say the Pakistani security forces have mostly been targeted by bombers trained and dispatched by the Tehrik-e-Taliban Pakistan led by Commander Baitullah Mehsud, the chief of the Mehsud tribe in South Waziristan.

According to a senior official of the elite Special Investigation Group, from the 26 suicide attacks carried out in 2007, from where the heads of the bombers were also recovered, it transpired that the vast majority of the human bombs came from just one tribe -- the Mehsuds of central Waziristan, all boys aged 16 to 20.

In fact, most of the suicide bombings carried out after the launching of Operation Rah-e-Haq by the Pakistan Army in Swat in 2009 had been claimed by Baitullah Mehsud, who was eventually killed in a drone attack. 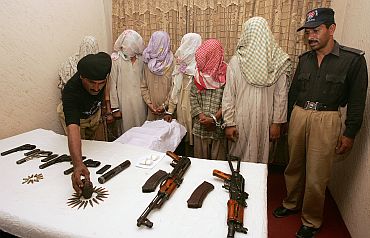 Another important sectarian-cum-jihadi group involved in suicide attacks across Pakistan is Lashkar-e-Jhangvi -- a Sunni Deobandi jehadi group, launched in 1996.

The Lashkar today is the most violent Al Qaeda terrorist group operating in Pakistan with the help of its lethal suicide squad, supervised by Mattiur Rehman who has become a trusted member of Qaeda's hardline inner circle due to his acquaintance with Hakeemullah Mehsud.

North Waziristan-based Mattiur, is the most sought after Al Qaeda terrorist is reportedly trying to target key strategic installations belonging to the ISI and the army.

Then next in line is Swat chapter of Tehrik-e-Nifaz-e-Shariat-e-Mohammadi (Maulana Fazlullah Group) which is accused of carrying out several suicide attacks targeting the Pakistani security forces. The first such attack was carried out on November 8, 2006 when 45 Pakistan army recruits undergoing training at the Punjab Regimental Centre in Dargai, 100 kilometers north of Peshawar.

The attack came following a warning by Fazlullah against the deployment of security forces. Then there are a few relatively unknown jehadi organisations like Jaishul-Islami, Fidayeen-e-Islam and Abdullah Azam Shaheed Brigade which had claimed several major suicide hits.

There are three other jehadi groups which have not yet claimed any suicide attack in Pakistan but have been found to be involved in several such attacks in the past. The first one is Jaish-e-Mohammad led by Maulana Masood Azhar while the second is Harkatul Jehadul Islami led by Qari Saifullah Akhtar.

The third such jehadi group, Jamaatul Furqaan, is led by Maulana Abdul Jabbar alias Umar Farooq, once the chief operational commander of Jaish-e-Mohammad and a close associate of Masood Azhar.

A young fidayeen is brainwashed till the last moment 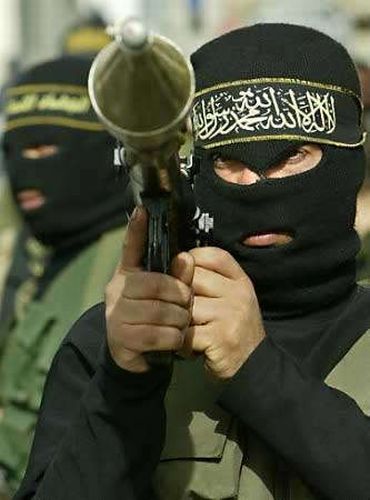 Pakistani investigators say all those groups which are involved in suicide attacks follow their own techniques to achieve their objectives and use different mechanisms to attack their targets.

The jihadi group comprising the toughest motivation category is to hit military installations with the help of its suicide bombers. They include trained, skilful and equally motivated terrorists. The second category of human bombs attack personnel of law-enforcement agencies and government personalities while the third one is deputed to kill the enemy through a car bombing or blast through a remote-controlled device.

Pakistani authorities say the manufacturing of suicide belts in Waziristan has become a cottage industry as one household makes the detonator, another sews the belt, a third one moulds ball bearings, and so on. These are then collected and paid for by the Taliban, who claim in their propaganda that they have hundreds of willing youngsters lined up to carry out suicide bombings.

For years, the country's mighty military and intelligence establishment used to indoctrinate, motivate and train jihadi cadres for export in the neighbourhood -- to Jammu and Kashmir and Afghanistan. The human bombs had, however, excluded their home ground from the scope of their so-called 'holy war.'

But there has been a sharp decline in suicide attacks being carried out in Jammu and Kashmir in recent years, with Pakistan emerging as a favoured target of the human bombs.

Therefore, as things stand, it appears that the suicide bombers who were originally designed by the Pakistani establishment to rip apart the 'enemies of Islam and Pakistan' are now exploding themselves inside their own country.

In short, it appears that the Pakistani chickens have finally come home to roost.