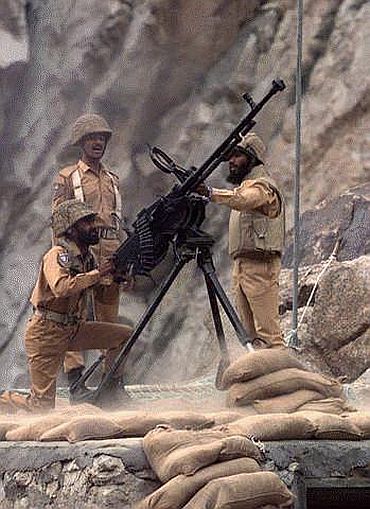 Eleven years after the Kargil War, the Pakistan Army which has been denying its role in the conflict has quietly put the names of 453 soldiers and officers killed in the battle on its website.

Proof of the involvement of regular Pakistani soldiers in the 1999 Kargil War over a string of strategic heights in the Kargil sector of the Line of Control in 1999 has come from an institution that spent years denying its role in the hostilities with India -- the Pakistan Army.

The 453 Pakistani soldiers were shown killed in Batalik-Kargil sector in Jammu and Kashmir.

The names of those who died in Kargil are tucked away in a list of thousands of personnel killed while on duty that has been posted in the "Shuhada's Corner" (Martyrs Corner) of the website.

The very first page of the long list of martyrs includes the names of Capt Karnal Sher and Havildar Lalak Jan, who were both killed on July 7, 1999 in Kargil and awarded Pakistan's highest military award, the Nishan-e-Haider. 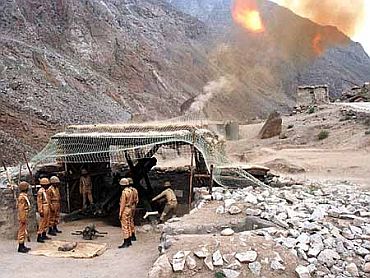 Several others were posthumously given other gallantry awards like the Tamgha-e-Jurat (Medal of Courage).

The army also reveals the codename given to the operation to occupy strategic mountains and heights on the Indian side of the LoC 'Operation Koh-e-Paima' or Mountain of Resolve.

In some cases, the campaign is also referred to as "Operation Kargil".

A majority of those who died in Kargil were soldiers from the Northern Light Infantry, a formation that was made a regular regiment of the Pakistan Army because of its performance in the 1999 conflict. 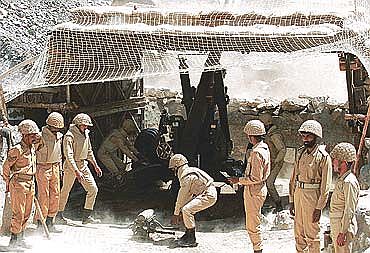 It was earlier a paramilitary force formed by the amalgamation of several militias from the Northern Areas or Gilgit-Baltistan.

The list gives the name, rank, unit, and location and nature of death of each casualty.

During the Kargil conflict and in subsequent years, the Pakistan Army insisted that none of its regular soldiers were involved in the hostilities.