'Pak is in the throes of a huge domestic crisis' 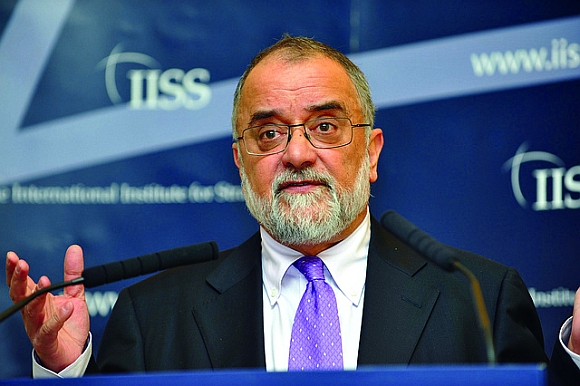 Pakistani journalist, scholar and author Ahmed Rashid has virtually taken on an advisory role to the Obama administration on Pakistan. He has been arguing that the United States should not unilaterally re-set its relationship with Islamabad -- which is in the doldrums -- unless that country completely eschews supporting and funding terrorist groups that attack the US, India and Aghanistan. Aziz Haniffa reports.

Rashid, who has been in Washington, DC and New York for the past several weeks -- he is promoting his most recent book, Pakistan on the Brink: The Future of America, Pakistan, and Afghanistan -- and has been doing the think tank circuit.

From the Brookings Institution to the Carnegie Endowment for International Peace to the Council on Foreign Relations to the US Institute of Peace, he has been telling leading policy wonks, administration officials, lawmakers and their foreign policy aides what they should do vis-a-vis a coherent policy on Pakistan.

Recently at the USIP, Rashid said in Pakistan today, "the military is weak, the military is not in a position to launch a coup or try to take control of the country. It would be willing and ready to accept a minimalist set of demands for itself."

Hanging on to his every word were Ambassador Marc Grossman, the US special representative for Afghanistan and Pakistan and the discussion moderator Stephen J Hadley, former national security adviser (Bush administration).

Since Washington has Islamabad on the ropes, Rashid said, it should demand that Pakistan to do two things before any re-set of the strategic relationship.

"This is going to require -- starting with Afghanistan, which is probably a little easier to do -- that there has to be a deadline given to the Afghan Taliban and to the other terror groups to move out of Pakistan in order to speed up its reconciliation with the (Afghanistan President Hamid) Karzai government," he added.

"For example, we have reached a certain stage with improving relations with India, but they can't go any farther than where they are because of this problem with Hafiz Saeed and Lashkar-e-Tayiba and all these other groups that exist. So, as in Afghanistan, there is a limit to how far you can go with President Hamid Karzai and then getting friendly again with the US, because ultimately you are left with the fact that the Afghan Taliban is sitting in Pakistan," he said.

'The Pak military is deeply confused' "We cannot move forward decisively in this region for peace and stability in this region, unless Pakistan is prepared to offer a program for de-radicalisation on both the Afghan and India fronts," he added.

"There may be a slight hiatus right now, but it could escalate again. The military is deeply confused, it is deeply aware that things cannot continue. But to actually take that step -- to actually turn the ship around as it were -- is something that nobody is having the courage to do right now in Pakistan."

"And, of course, the more aggravating measures there are from the US and from others --like this bounty on Saeed -- people just see this as a tit-for-tat thing that the Americans are doing."

"If it (the bounty) needed to be done, it should have been done four years ago after Mumbai took place and after all the accusations that Saeed was responsible for Mumbai. To do this four years later -- and I can well understand the frustration in Washington the fact that the road is not open (for North Atlantic Treaty Organisation to move supplies into Afghanistan) and that there hasn't been an agreement with Pakistan, etc -- people (in Pakistan) are seeing this more or less as a tit-for-tat kind of thing and not as a strategic or policy issue," he added.

"There's a huge domestic crisis, which is really dominating everything at the moment. As long as that is not resolved, we are not going to see, frankly, a reconciliation with the United States. The military, the government, the parliament, they are all held hostage at the moment to the kind of hardline rhetoric that is coming out of the fundamentalists, the media, and these extremist groups," he said.

"There is an element of defiance -- anti-US defiance -- which is unfortunately being propagated in the media, amongst the politicians, etc, and this takes on a very hard line. For example, how dare the US go around Pakistan and talk to the Taliban without involving Pakistan? How dare the US even talk about this transition strategy without first sharing it with Pakistan?" he said.

The very weakness of the Pakistani military at this point, he added, has "geared more around compromise, facilitation of talks, or working with India on Afghanistan."