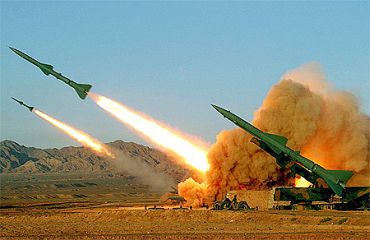 Pakistan is interested in buying more defence systems and equipment from China, and hopes to deepen cooperation to upgrade its armed forces, a top Pakistan Air Force officer has said.

Jane's Defence News, a publication that specialises in military topics, reported that China was building the Hong Qi-18 (HQ-18) missile system based on the Russian S-300V1 type 2 (SA-12A 'Gladiator'), presumably under a license agreement. But this has not been confirmed by the Chinese military, the paper added. 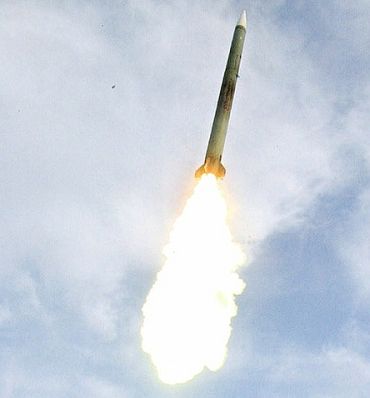 The missiles, with a maximum range of 100 km, can be used against short-range ballistic missiles, aircraft or cruise missiles, with intercepts taking place between a low-level 25 meters and an altitude of 25 kilometers, according to Jane's.

'The delivery to Pakistan will start in the early part of next year,' said Suleman, who is also Pakistan Air Force's Chief of Air Staff.

He said that the Pakistan Air Force was also looking at the option of purchasing Chinese engines, though any final decision will depend on the engines' quality. 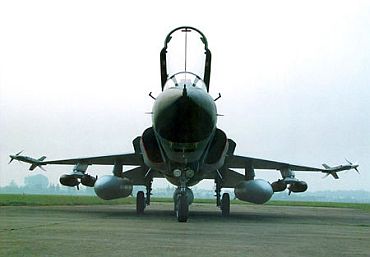 Military research and development cooperation with China will continue not only in aircraft production, but 'in other areas' as well, he maintained.

The Pakistan Air Force is increasing production docks for the FC-1 (named the JF-17 Thunder in Pakistan) from four to six, and is aiming to have about 25 aircraft assembled by the end of the year, the paper said.

'It is on a very fast track, and there is no other fighter aircraft anywhere in the world,' which has been produced so quickly, pointed out Suleman. 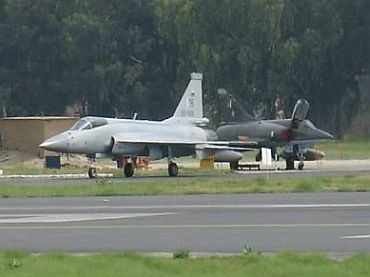 China and Pakistan have traditionally had close military relations, and Suleman said that bringing the FC-1 Xiaolong aircraft to Zhuhai was to display 'solidarity with China' and 'to show to the world that we have a tremendous amount of respect and love for our Chinese friends'.

Commenting on cooperation in military research and development, he said China and Pakistan 'will continue working together.

Meanwhile, Chinese experts noted that the envisaged cooperation, however, does not target any country, and is 'tiny' in scale compared to huge defence deals signed by US President Barack Obama in India earlier this month. 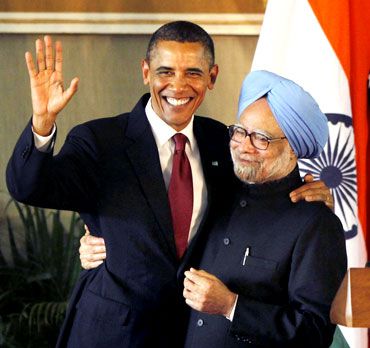 Beijing-based military strategist Peng Guangqian said that Beijing's weapons deal with Islamabad had almost no effect on the balance of military power between Pakistan and India, especially given the multi-billion dollar defence deals signed between the United States and India during Obama's visit.

The China-Pakistan deals should not be a cause of alarm for other countries, he said, referring to the foreign media reports that the FC-1 was a concern for the Indian Air Force.

Sun Shihai, director of the Centre for South Asian Studies under the Chinese Academy of Social Sciences, added that Obama also promised India that the US would give it easier access to high-tech equipment for both civilian and military use.

Despite the huge gap between the Pakistani and Indian military forces, especially in terms of conventional weapons, the situation in the region is basically balanced given the fact that both countries have nuclear weapons, he said.