The clinical precision with which the US Navy SEALs organised the 'kill Osama bin Laden' operation inside Pakistan has once again brought to fore the capabilities of this highly trained special military unit. But they, despite being one of the best, are not the only ones.

After they eliminated, in style, the worlds most wanted terrorist Osama bin Laden, the US Navy SEALs have, yet again, etched their names in the list of the best elite forces in the world.

The United States Navy Sea, Air and Land (SEAL) unit, with an expertise of working even underwater, have been deployed in a wide variety of missions, including direct action and special reconnaissance operations, unconventional warfare, foreign internal defence, hostage rescue, counter-terrorism and other missions.

Former US President John F Kennedy created the unit recognising the need for unconventional warfare and special operations as a measure against guerrilla warfare, especially in Vietnam.

Ever since the Vietnam war, SEALs have operated in every major conflict arena, including the Persian Gulf, Bosnia, Afghanistan and Iraq, as well as strategic operations in Grenada and Panama. 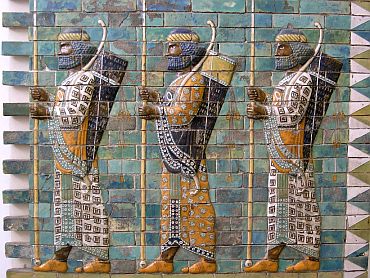 The 'Persian Immortals' or the 'Ten Thousand Immortals' was a mighty army of elite forces who fought for the Achaemenid Empire, as described by ancient historian Herodotus.

Herodotus describes the 'Immortals' as being heavy infantry led by Hydarnes that were kept constantly at a strength of exactly 10,000 men. He claimed that the unit's name stemmed from the custom that every killed, seriously wounded or sick member was immediately replaced with a new one, maintaining the cohesion of the unit.

The 'Immortals' played an important role in Cyrus the Great's conquest of the Neo-Babylonian Empire in 547 BC, Cambyses' campaign against Egypt in 525 BC and Darius the Great's invasion of India's smaller western frontier kingdoms (western Punjabh and Sindh) and Scythia in 520 BC and 513 BC.

"Garbed in colorful raiment that concealed their scale armour, the Immortals were adept with both bow and blade and were honoured so highly that they were permitted to travel with their own exclusive retinue of cooks and concubines," the report stated. Those Immortals, though, couldn't withstand of the Islamic revolution.

Brigade of Gurkhas: The men with kukris 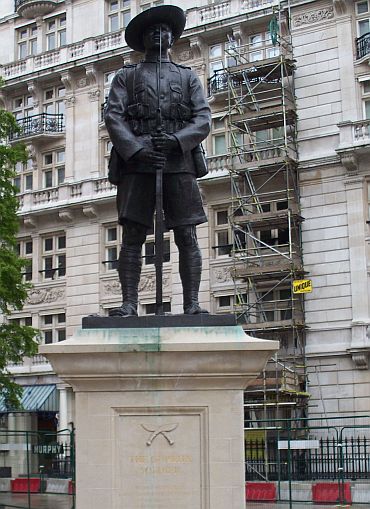 The Brigade of Gurkhas is the collective term for units of the current British army that are composed of Nepalese soldiers. The brigade, which is 3,640 strong, draws its heritage from Gurkha units that originally served in the British Indian army prior to Indian independence, and prior to that of the East India Company.

The brigade includes infantry, engineer, signal, logistic and training and support units. They are famous for their ever-present kukris, a distinctive heavy knife with a curved blade, and for their reputation of being fierce fighters and brave soldiers.

"They have fought in the Falklands War, the Gulf War, with NATO, in Iraq and in Afghanistan, and they've been on United Nations peacekeeping missions to Bosnia," the report noted. 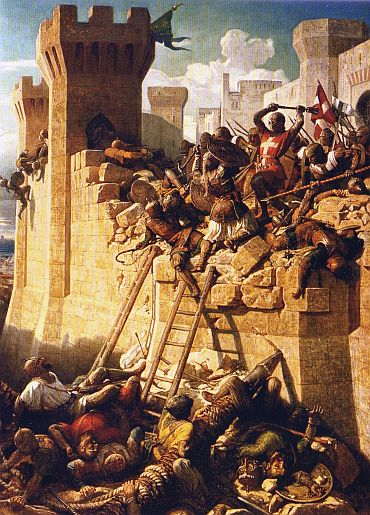 The Knights Hospitaller, also known as the Order of Hospitallers, were a group of men attached to a hospital in Jerusalem that was founded around 1023 to provide care for poor, sick or injured pilgrims to the Holy Land.

After the Western Christian conquest of Jerusalem in 1099 during the First Crusade, the organisation became a religious and military order under its own charter, and was charged with the care and defence of the Holy Land.

Following the conquest of the Holy Land by Islamic forces, the Order operated from Rhodes, over which it was sovereign, and later from Malta where it administered a vassal state under the Spanish viceroy of Sicily.

"They were monks who packed a punch, and the black and silver cross on the knights' shields has come to represent in the minds of most the iconic image of a metal-clad Crusader," the report noted.

In 1565, the Hospitallers gave a fitting reply to the mighty Ottomans who wanted to invade the Malta isles after prolonged and brutal fighting. 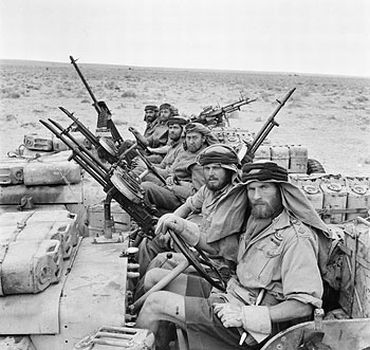 The British Special Air Service (SAS) was formed during the Second World War in 1940s to operate behind enemy lines in the North African campaign.

Over the years, a reformed SAS has participated in a number of conflicts around the world, including ending the siege of the Iranian embassy in London in 1980. It is now most often sent to conflict zones, including in Iraq, Somalia and Afghanistan, to rescue hostages or seize enemies.

"The SAS motto, "Who Dares Wins," has even become a part of British popular culture," the report added. 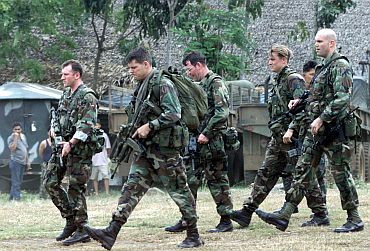 The United States Army Special Forces, also known as the Green Berets because of their distinctive service headgear, are a special operations force, and constitute the US army's most elite unit.

The first two emphasise language, cultural, and training skills in working with foreign troops, diplomacy, politics and psychological tactics like spreading false information, 'all of which have given them a designation as America's quiet soldier-professionals.'

Currently they are working to train foreign troops in Afghanistan, ahead of complete withdrawal of US troops from the war-struck country on its path to independence. 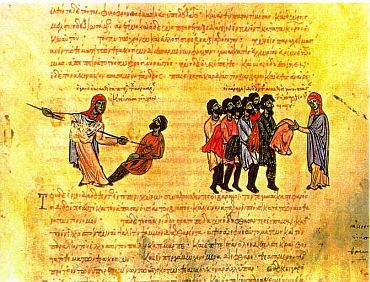 The Varangians, thought to be the descendants of early Viking voyagers, hailed from settlements dotting the river basins of present-day Ukraine, Belarus and Russia.

"Their fierce prowess in battle led Varangian mercenaries to end up in some of the most powerful armies of the Mediterranean world," the report said.

By the start of the 11th century A.D., the reigning Byzantine Emperor Basil II's distrust of the native Byzantine guardsmen whose loyalties often shifted with fatal consequences, led him to employ them as his personal bodyguards. This new force became known as the Varangian Guards.

For the next two centuries, the Varangians would rank among the empire's greatest shock troops, clad in heavy armour and often wielding large axes. 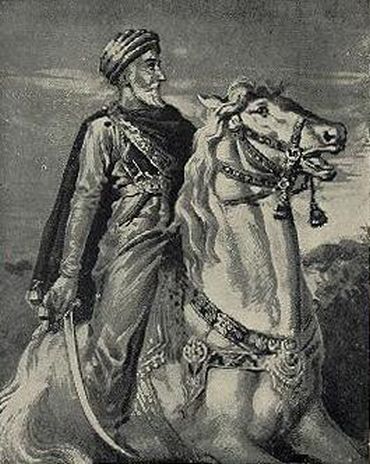 The Hashishins were an order of Nizari Ismailis, particularly those of Syria and Persia that existed from around 1092 to 1265. Posing a strong military threat to Sunni Saljuq authority within the Persian territories, the Nizari Ismailis captured and inhabited many mountain fortresses under the leadership of the Persian Hassan-i Sabbah.

"A Hashishin's skill with a scimitar was, in legend at least, unmatched. The order was also skilled in the art of stealth and made a habit of murdering political opponents through the decades. After all, the English language has the Hashishin to thank for the word assassin," the report stated. 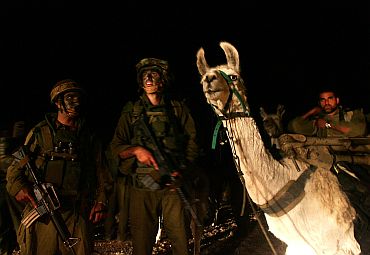 Israel's special forces, which were formed in 1948 as the Special Reconnaissance Platoon, now consist of elite commando, counterterrorist, antiterrorist and recon units.

The covert forces have participated in daring, clandestine operations both in Israel and in enemy territory, including the famed 1976 Raid on Entebbe: the rescue of Israeli hostages held by Palestinian guerrillas who had hijacked an Air France plane that had taken off from Tel Aviv and redirected it to Uganda.

In one of their most recent actions, undertaken in May 2010, special forces intercepted the Mavi Marmara, a Turkish aid ship attempting to break the Israeli blockade of the Gaza Strip. During the operation, nine activists, most of them Turkish nationals, were killed. An international uproar ensued in which members of the special forces were accused of using deadly force on people who, some say, had not initiated violence.

An Israeli inquiry into the incident found that the troops acted in self-defense and therefore did not break international law, the report stated. 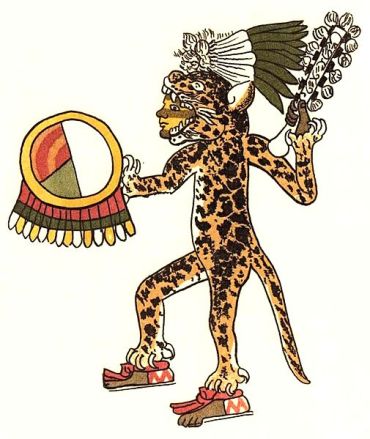 Jaguar Warriors were the elite military unit of the Aztec imperial army. The jaguar motif was used due to the belief that the jaguar represented Tezcatlipoca, god of the night sky.

Aztecs also wore these dresses at war because they believed the animal's strengths would be given to them during battles.

They fought with a wooded sword studded with obsidian volcanic glass blades, called a Maquahuitl. They also used spears and atlatls.

To become a Jaguar warrior, a member of the Aztec army had to capture at least four enemies during battles. This was said to honour their gods in a way far greater than killing enemy soldiers in the battlefield.