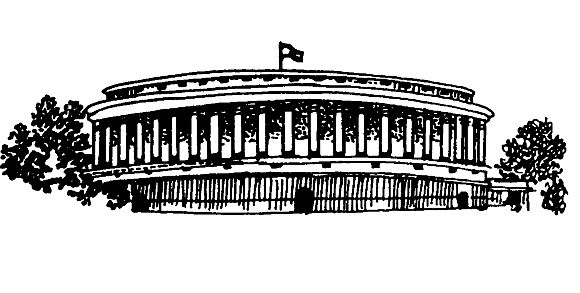 Rediff.com's Priyanka caught up with two of the oldest living parliamentarians in India, who reflected on the 60-year journey of the country's supreme legislative body

When parliamentarians will commemorate the 60th anniversary of the first sitting of Parliament on Sunday, Rishang Keishing and Resham Lal Jangade, the only living members of the first Lok Sabha session in 1952, will be among those who will address the special joint session.

The 87-year-old has become frail now, and tends to lose memory of his daily routine, but he remains bright-eyed about the first Parliament session he was part of. One slight mention of it, and his eyes widen, and a smile lights up his face.

"Those were the days when even the MPs and ministers were respected," he says.

"People used to know their ministers, and they (the people) used to respect them."

Jangade has a long history of association with the freedom struggle and was also part of the Quit India Movement in 1942.

'By the time 3rd elections were held, the system had already been corrupted' His youngest son, Hem Chandra says: "My father was also sent to jail, and was also part of the jail bharo andolan back then."

Jangade was still studying in high school when Mahatma Gandhi called for the Quit India Movement.

"He ran away from school to join the movement," Chandra says.

Jangade later returned to studies and attained a degree in law from Nagpur University, the first person from his community to do so, his son proudly announces.

"But things changed very fast," interrupts Jangade, "People fought elections with all honesty the first time; by the second elections, things were already started to look bad; and by the time third elections were held, the system had already been corrupted."

"Today, I can proudly say that I have lived and worked all my life with honesty," Jangade beams.

'Sometimes my heart cries about what is happening today' 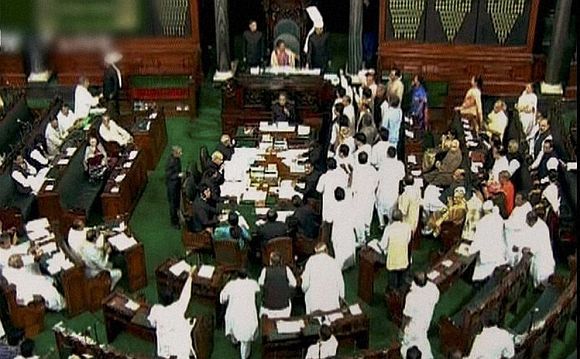 He and his family still live in small two-room house in Raipur.

"My father never took any bribe or collected property," says Hem Chandra, "And the entire family lives on his pension even today, in a small two-room flat."

Jangade has worn khadi and has lived a very simple life, his son says. And today, he is particularly appalled at the language being used in the Parliament by its members.

"In my times, the worst anybody could say is aap badmash ho, but now...." his voice trails off.

"I feel very sad, and sometimes my heart cries about what is happening today," he says, adding, "We used to work so hard, and with so much honesty and integrity."

Jangade has served as a member of Parliament twice, and thrice as member of legislative assembly. Initially a member of the Indian National Congress, he joined Jan Sangh in 1977. While in Delhi for the felicitation ceremony in the Parliament on May 13, his son is also hoping to request the government to give some financial aid to the family. 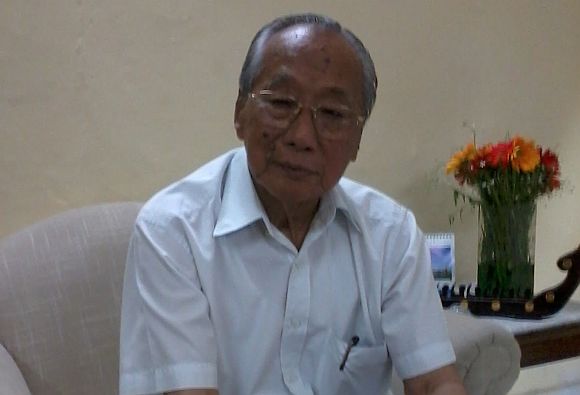 Ninety three-year-old Rishang Keishing was a member of the Lok Sabha, from 1952-1957.

He entered Parliament on a Socialist Party ticket from outer Manipur constituency in 1952. However, when the Chinese invaded India in 1962 and a war broke between the two countries, Keishing says he just could not take it, sitting in the Opposition and not being able to do anything for the country.

As he recalls now, Keishing approached then Prime Minister Pandit Jawaharlal Nehru and confided in him.

"I told him (Pandit Nehru) that we need to work for our country in such times (of foreign invasion). And I said I did not want to sit in the opposition," Keishing reminisces.

"And he (Pandit Nehru) welcomed me with open arms, and was immediately accepted to the Congress party as a member," he says.

Keishing thus joined the Congress in 1964 and till date remains a staunch party supporter. 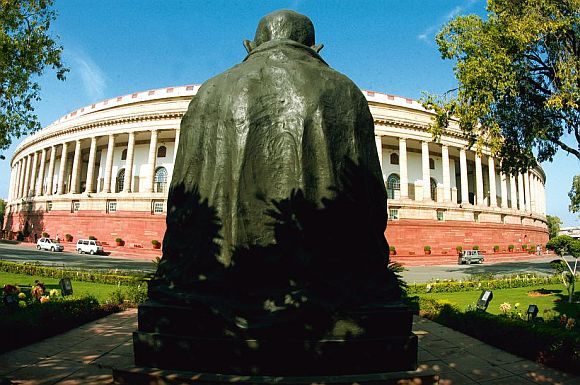 A two-time MP and a seven-time MLA, Kesihing says that he went back to work in his state Manipur after his second term in Lok Sabha. He later served as the chief minister of Manipur for four terms, but with 'disruptions', and spent a total of 10 years as the state's chief minister. In 2002, he was, however, selected for the Rajya Sabha, and the distinguished leader is currently serving his second term at the Rajya Sabha.

As he recalls the earliest days of the Indian Parliament, Keishing says, "The Parliament was a temple and the Speaker was treated with respect and honour," he narrates, somewhat angry with the present day happenings.

"People listened carefully to Parliament debates and speeches. There were no interruptions. Nobody shouted. There was no occasion when people would shout and rush to the well of the House."

"We had towering leadership at that time. Nobody can match the stature of Pandit Nehru or Indira Gandhi," Keishing observes.

Visibly upset at how the debates were held in Parliament, Keishing noted, "Nowadays leaders are wasting so much time and a big part of the national wealth."

"Every minute of Parliament should be spent in the service of the people, and the country. That's how we used to work."