Sign in  |  Create a Rediffmail account
Rediff.com  » News » US to spend Rs 900 cr a day on Obama's India trip 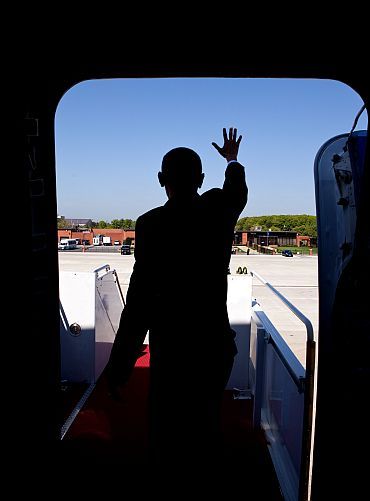 The United States would be spending a whopping $200 million (Rs 900 crore approx) per day on President Barack Obama's visit to the city.

"The huge amount of around $200 million would be spent on security, stay and other aspects of the Presidential visit," a top official of the Maharashtra government privy to the arrangements for the high-profile visit said.

About 3,000 people including Secret Service agents, US government officials and journalists would accompany the President. Several officials from the White House and US security agencies are already here for the past one week with helicopters, a ship and high-end security instruments. 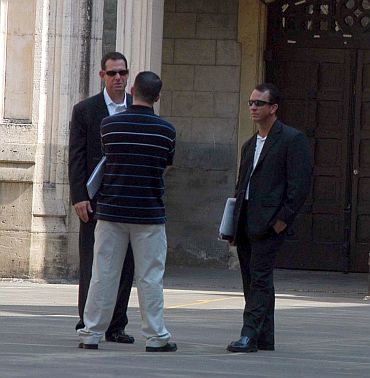 "Except for personnel providing immediate security to the President, the US officials may not be allowed to carry weapons. The state police is competent to take care of the security measures and they would be piloting the Presidential convoy," the official said on condition of anonymity.

Navy and Air Force has been asked by the state government to intensify patrolling along the Mumbai coastline and its airspace during Obama's stay. The city's airspace will be closed half-an-hour before the President's arrival for all aircraft barring those carrying the US delegation.

The personnel from SRPF, Force One, besides the NSG contingent stationed here would be roped in for the President's security, the official said. 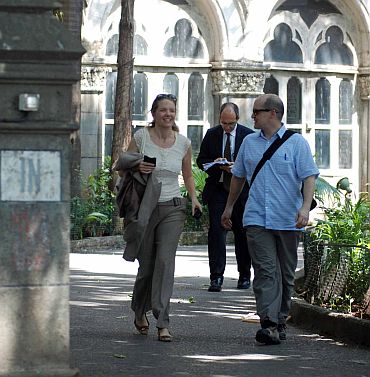 The area from Hotel Taj, where Obama and his wife Michelle would stay, to Shikra helipad in Colaba would be cordoned off completely during the movement of the President.

The Gateway of India sea front would be sanitised from November 5 to 8 and all the boats would be asked to anchor at nearby Bhaucha Dhakka.

On the first day of his visit, Obama would pay homage to the victims of 26/11 Mumbai attacks at Hotel Taj where he is expected to make a statement on terrorism.

The official said the state government wanted the President to visit the martyrs' memorial at Marine Drive police gymkhana, but the proposal did not find favour with the American Consulate. 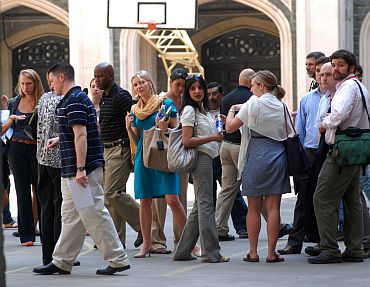 The government wanted President's itinerary to include a visit to the memorial as most victims including police officials and common people were killed in other parts of the city and not the Taj.

The official conceded that providing security to the visiting dignitary during his visit to Mahatma Gandhi Museum at Mani Bhavan in central part of the city was a tough job because of the narrow lanes.

Even some of the volunteers at Mani Bhavan have expressed displeasure over heightened security arrangements.

"Mani Bhavan is the place associated with Gandhi who promoted non-violence. But every day people from White House and US security agencies are coming with guns and sniffer dogs," one of them said.