Sign in  |  Create a Rediffmail account
Rediff.com  » News » Obama says US is THE world leader. Do you think so too?

Obama says US is THE world leader. Do you think so too? 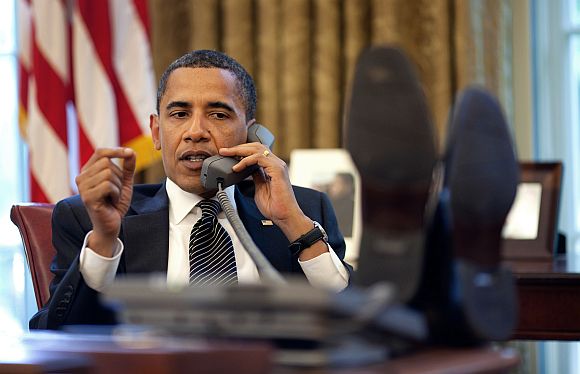 The US is leading the world once more and people across the globe admire America the most as they have developed a "new confidence" in its leadership, President Barack Obama has said.

"Around the world, the US is leading once more. From Europe to Asia, our alliances are stronger than ever. Our ties with the Americas are deeper. We're setting the agenda in the region that will shape our long-term security and prosperity like no other -- the Asia-Pacific," Obama said in his commencement address to the Air Force Academy in Colorado on Wednesday.

The US is now leading on global security, he said.

"Reducing our nuclear arsenals with Russia, even as we maintain a strong nuclear deterrent. Mobilising dozens of nations to secure nuclear materials so they never fall into the hands of terrorists. And rallying the world to put the strongest sanctions ever on Iran and North Korea, which cannot be allowed to threaten the world with nuclear weapons," he told the air force graduates.

Click on NEXT to read how Obama justifies his remark...

'There's a new feeling about America' 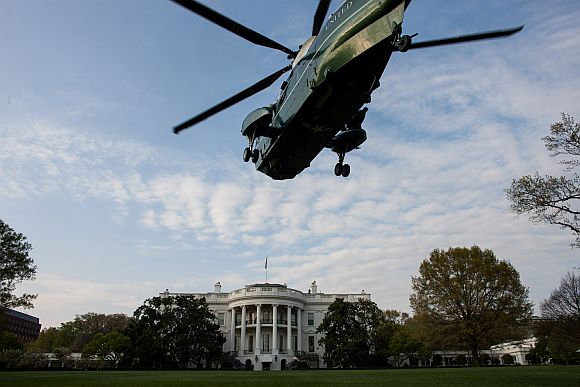 "We're leading economically -- forging trade pacts to create new markets for our goods. Boosting our exports, stamped with those three proud words -- Made in America. And we are expanding exchanges and collaborations in areas that people often admire most about America -- our innovation, our science, our technology," he said.

"We're leading on behalf of human dignity and freedom. Standing with the people of the Middle East and North Africa as they seek their rights. Preventing a massacre in Libya with an international mission in which the United States -- and our Air Force -- led from the front.

We're leading global efforts against hunger and disease. And we've shown our compassion, as so many airmen did in delivering relief to our neighbours in Haiti when they were in need and to our Japanese allies after the earthquake and tsunami," Obama said.

Because of this progress, there's a new feeling about America, said the US President.

"I see it everywhere I go, from London and Prague, to Tokyo and Seoul, to Rio and Jakarta. There's a new confidence in our leadership. And when people around the world are asked 'Which country do you admire most?'...one nation comes out on top -- the United States of America," he said.

'US is stronger, safer and more respected in the world' 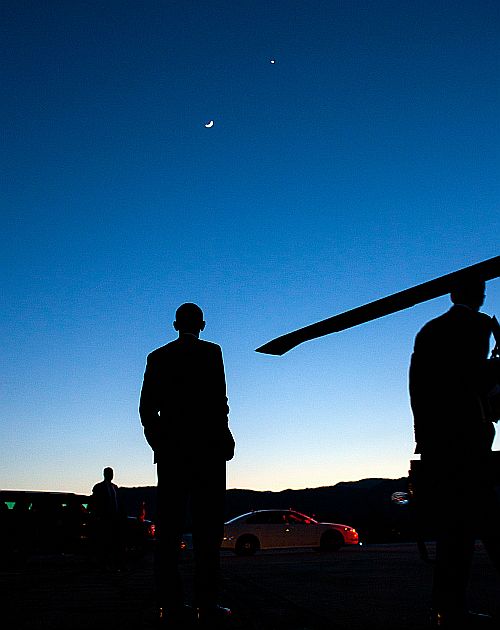 Noting that the world stage is not a popularity contest, he said as a nation, they have vital interests, and will do what is necessary to defend the country even if it's unpopular.

"But make no mistake, how we're viewed in the world has consequences -- for our national security, for your lives," he said.

"When other countries and people see us as a partner, they're more willing to work with us. It's why more countries joined us in Afghanistan and Libya. It's why nations like Australia are welcoming our forces, to stand side-by-side with allies and partners in the South Pacific. It's why Uganda and its African neighbours have welcomed our trainers to help defeat a brutal army that slaughters civilians," he said.

"I think of the Japanese man in the disaster zone who, upon seeing our airmen delivering relief, said, "I never imagined they could help us so much. I think of the Libyans who protected our airman when he ejected over their town, because they knew America was there to protect them. And -- in a region where we've seen the burning of American flags -- I think of all the Libyans who were waving American flags."

"Today, we can say with confidence and pride -- the US is stronger, safer and more respected in the world. Because even as we've done the work of ending these wars, we have laid the foundation for a new era of American leadership. And now, cadets, we have to build on it. Let's start by putting aside the tired notion that says our influence has waned, that America is in decline. We've heard that talk before," said the US president.