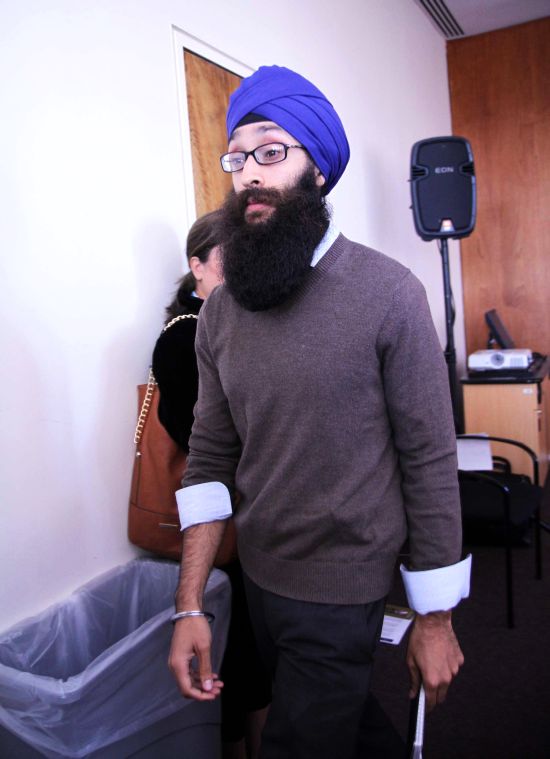 Physician and Sikh activist Dr Prabhjot Singh has invited about two dozen people who attacked him, mistaking him to be a Muslim and calling him Osama bin Laden, to his home and gurdwara so that they can learn about Singh’s faith.

He extended the invitation even as officials are investigating the September 21 attack in a busy part of New York City as a hate crime and many Muslim organisations are asking their members to go out in groups, fearing attacks following the suicide bombings in Pakistan that killed about 80 Christians.

Several Islamic centres and mosques abutting churches in Brooklyn and New Jersey cities such as Harrison are on alert.

“If I could speak to my attackers, I would ask them if they had any questions about me, the Sikh faith,” Singh, who is also assistant professor, international and public affairs, Columbia University, said in a press conference at the school Monday afternoon.

“I would invite my attackers to the gurdwara, make sure they have an opportunity to learn who we are, get to know us so that they too can get past this.”

'Associations between beards and terrorism is devastating' 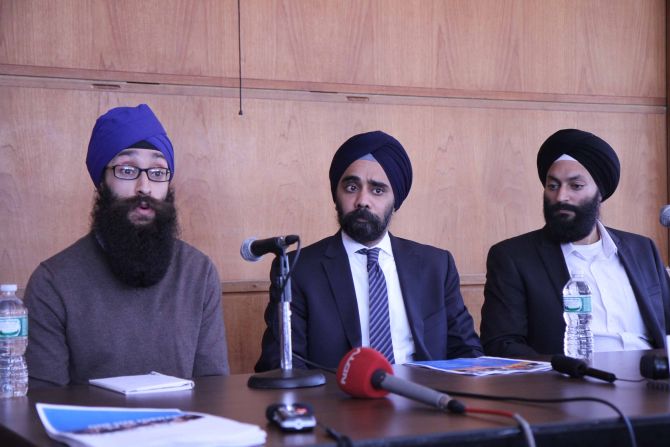 Singh, a practicing physician in East Harlem, was attacked not far away from his practice, and was treated in the same hospital he practices in. He might have died had not the passersby started yelling for the cops.

Singh would learn later that a Muslim woman was attacked a few feet away, though he does not know if the same gang attacked her.

‘I heard “Get Osama” and then “terrorists,” and then the next thing I felt was someone moving past me, ripping at my beard and then hitting me in the chin,’ Singh told NBC 4 New York, adding he could have died if passersby hadn’t intervened to help fight off the more than dozen young men who jumped on him. He suffered displaced teeth and fractures in his jaw from the attack.

“It’s clear that the associations between beards and turbans and terrorism are devastating for an entire community, so I want to continue working to show that core American values are core Sikh values as well,” Singh said at the press conference.

“Most importantly, I want it so that my 1-year-old has nothing to fear in this neighbourhood.

He also said the attack had not discouraged him from working in Harlem, one of the poorest areas in New York City.

But even as the attack shocked many who thought New York was a melting pot, Amardeep Singh of the Sikh Coalition -- that had sponsored the press conference -- said anti-Sikhism (and anti-Islamism) persists throughout New York City, especially in the very diverse borough of Queens, where Sikh high school students have started an anti-bullying group after having been attacked for years as Muslims and unpatriotic.

“What happened did not happen in a vacuum,” Amardeep Singh said in a statement. “Here in New York City we regularly receive reports that Sikh school children are called “bin Laden” or “terrorist”.”

He also said the Harlem incident comes less than two weeks after the first-ever nationwide public perception assessment of Sikh Americans, titled Turban Myths, showed 70 percent of Americans misidentify turban-wearers in the US as Muslim, Hindu, Buddhist or Shinto.

Nearly all turban-wearers in the US adhere to Sikhism. The study also showed that nearly half of Americans believe ‘Sikh’ is a sect of Islam, and more associate the turban with Osama bin Laden than with named Muslim and Sikh alternatives. The study was conducted by Stanford University researchers and sponsored by the Sikh American Legal Defence and Education Fund.

'There's no aspect of fear or anger in our religious system' 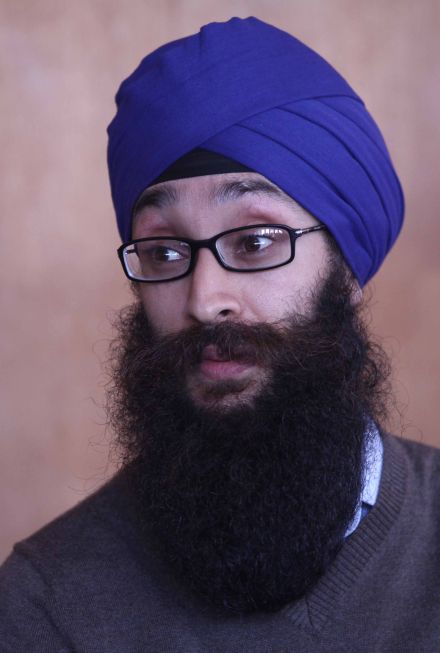 “Unfortunately,” said Jasjit Singh, SALDEF's executive director, “our research confirms that Prabhjot's experience is not the result of isolated misperception and intolerance. Here you have a practicing doctor, a teacher and a community servant falling victim to hate in the largest and proudest melting pot in America.”

Sikh activist Simran Jeet Singh said the New York Police Department’s response was quick, and that he and others have felt a positive shift over the last year in the way hate crimes against minority communities are treated.

Dr Prabhjot Singh and he wrote an op-ed for The New York Times last year, following a mass shooting by a white supremacist at a Sikh temple in Oak Creek, Wisconsin, that killed six people.

Last month, the Department of Justice announced it would officially begin tracking hate crimes against Sikh Americans, as well as against Hindus, Arabs, Buddhists, Mormons, Jehovah’s Witnesses, and Orthodox Christians.

Prior to that announcement, the Federal Bureau of Investigation classified anti-Sikh violence as anti-Islamic or anti-Muslim.

Simran Jeet Singh told the media said that Dr Singh was not angry or hateful about the attack, and that although justice is important, his top priority is not revenge.

“There’s no aspect of fear or anger in our religious system,” Simran Jeet Singh told MSNBC. “There’s just no idea of it. When it comes to developing responses to situations, it’s just not an option for us to be angry or fearful about what might happen.”

The Harlem attack made some Sikhs think of the larger question.

“I can understand when a Sikh is mistaken for a Muslim, it is natural to say Sikhs are not Muslims," said a Sikh businessman who did not want to be identified. “Sure, in a crucial and violent situation you cannot argue, but I wish we could say, may be later, that Muslims too have the American right to walk on our streets unharmed and pray just as Christians, Hindus, Buddhists and Jews do. And it becomes imperative for us then to work along with other minority advocacy groups including the Muslims.”