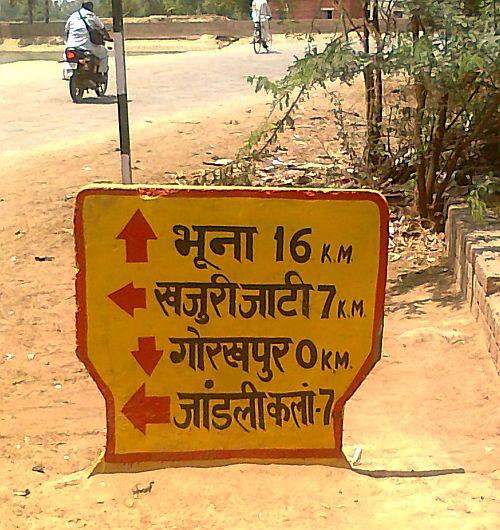 Plans to build India's biggest indigenous nuclear power plant have failed to impress villagers in Haryana's Fatehabad district, who fear a Fukushima-type disaster. The shoddy way in which the government agencies have handled the issue has not helped matters either. Gopal Krishna reports.

The angry protest by Haryana villagers against the proposed nuclear plant 210 km from Delhi on July 17 -- a day after biggest rally in Tokyo demanded an end to nuclear power -- signifies the unity of the struggle against nuclear power.

In Fatehabad, a big dharna and conference is planned on August 17, 2012 against the Gorakhpur nuclear power project.

This programme is planned in the backdrop of the phase out of nuclear power in countries such as Australia, Austria, Denmark, Greece, Ireland, Italy, Latvia, Liechtenstein, Luxembourg, Malta, Portugal, Israel, Malaysia, New Zealand, Norway, Germany, Spain and others who are opposed to nuclear power.

India has 20 nuclear reactors operating in six nuclear power plants, 7 reactors under construction, and is planning an additional 24 such reactors, including the one at Fatehabad. 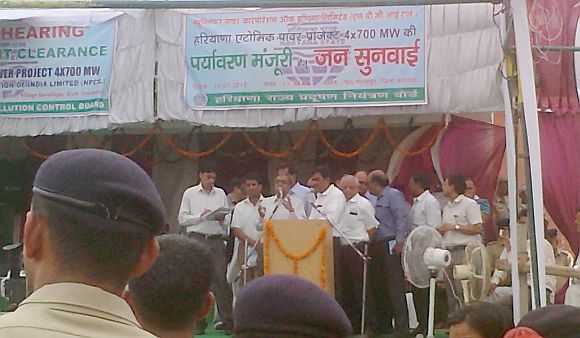 Villagers' bitter protest against the plant in the backdrop of man-made disaster of Fukushima compelled the officials to huddle together and leave the venue abruptly.

The collusion between the administration and the NPCIL was quite manifest.

The villagers underlined that such plants should not be set up. A total 1503.5 acres of agricultural land is required for the project. The Gorakhpur Nuclear Power Project will create 4 heavy water nuclear power plants of indigenous design, with a capacity of 700 MWs each. Out of the four two will be constructed in the first phase. This will be the biggest indigenous nuclear power plants built in the country.

The land is being acquired from Gorakhpur, Badopal and Kajal Heri villages.

The notification for this acquisition was issued in 2011under 'urgency clause' the Land Acquisition Act, 1894. This is unmindful of the fact that the proposed Land Acquisition Bill, Land Acquisition, Rehabilitation and Resettlement Bill, 2011 has a provision for not acquiring irrigated and multi-cropped land for non-agricultural purposes. 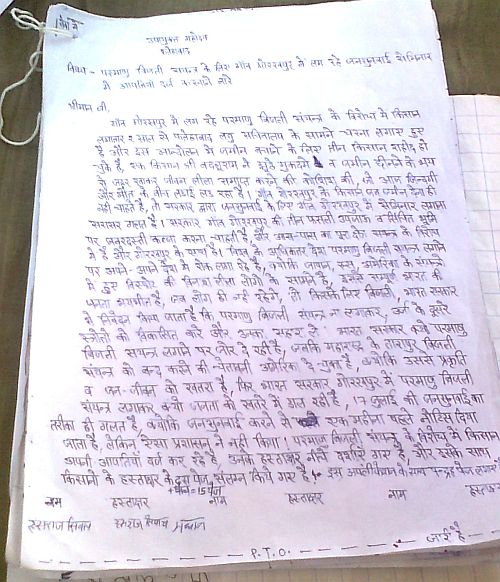 The proposal of the nuclear plant violates Atomic Energy Regulatory Board's own rules.

The site is in the midst of a region, which has high population density. Small towns like Fatehabad, Ratiya and Tohana are almost 30 km away.

The activities at the Sahid-e-Azam Bhagat Singh Stadium demonstrated the veracity of what has been stated in a paper 'The environmental impact assessment process for nuclear facilities: An examination of the Indian experience' by M V Ramana wherein he has rightly argued that "the EIA process with regard to nuclear projects in India is of dubious quality."

The three levels of conflict of interest that have been identified in the EIA process for nuclear facilities are relevant for the EIA report of the proposed atomic power plant in Fatehabad.

First, the EIA is prepared by consultants who are retained to work on behalf of, and by implication act in the interests of, their client -- the nuclear organization proposing the project.

Second, the organization that has been tasked with preparing the EIA to support its proposal for a project is the same which will beneﬁt from the project.

The third conflict of interest is that the regulatory agency Atomic Energy Regulatory Authority is itself regulated by the nuclear power promoters, the Atomic Energy Commission, which is under the direct charge of Prime Minister Manmohan Singh. The EIA report reveals that the water requirement for the project will be met from Fatehabad branch of the Bhakra canal. Unlike sea as a source of water in the case of Fukushima, in Fatehabad, canal water is the only source for water.

Within minutes of the departure of the officials from the venue of the public hearing due to massive opposition from thousands of villagers who are against the setting of the hazardous plant in their fertile agricultural land, Member of Parliament from Hisar, Kuldip Bishnoi reached and assured his support against the nuclear power plant.

Abhay Chautala, the MLA from Ellenabad, also entered the venue and promised to stop the construction of the proposed nuclear plant in the way it has been done in developed countries like Germany.

Both Bishnoi and Chautala expressed their solidarity with the protesting farmers. Both leaders challenged Haryana Chief Minister Bhupinder Singh Hooda to locate the plant in his own village instead of endangering the villages of Fatehabad.

Such a stance by members of legislature was in complete contrast with the conspicuously deferential approach of the district administration towards the project proponents.

Authorities illustrated the fake nature of the public hearing process, as they left without reading out the minutes of the proceedings and seeking consent of the villagers who were there as is mandatory under Environment Impact Assessment Notification, 2006.

It is noteworthy that the distance between Fukushima and Tokyo is 238 km. Despite this, after the nuclear disaster on March 11, 2011, Tokyo's population was forced to evacuate.

The distance between Delhi and Fatehabad is 210 km. It is high time residents of Delhi engaged with the imminent nuclear radiation threat from the proposed atomic power plant and prepared for emergency evacuation if the Fatehabad facility comes up. 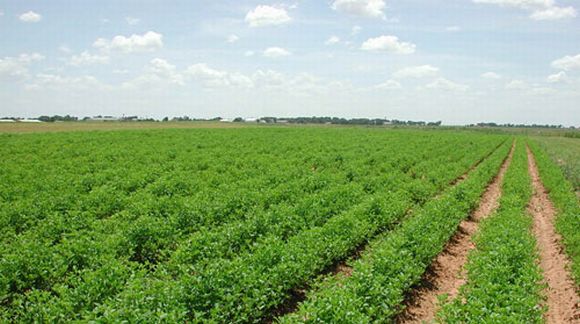 The EIA report has been prepared by Ranchi-based MECON Limited, formerly known as (Metallurgical & Engineering Consultants (India) Limited, a public sector undertaking under the ministry of steel.

The people's movement has long been demanding that Mecon should be blacklisted for continuously producing low quality and misleading reports for uranium mines.

The EIA report prepared by Mecon was leaked one day ahead of the farcical public hearing. As per the Environment Impact Assessment Notification, 2006 the EIA report is a public document, which must be made available to people as a pre-condition for public hearing.

The fact that it got leaked reveals that it was not shared with the public in advance.

The six panchayats of Fatehabad district who will be worst-affected by the project did not get the copies of the EIA before the staged public hearing.

At the site of the hearing, heavily-armed state and paramilitary forces, water-cannon vehicles and tear-gas etc riot-control gears were visible. The dais of the officials who were pressing was surrounded by barbed wires.

Prior to this staged hearing security personnel were injured during a rehearsal to manage huge public presence with tear gas etc. The venue resembled a battled ground surrounded by armed policemen.

Farmers referred to their land as mother and pledged to save it from the proposed nuclear power project. 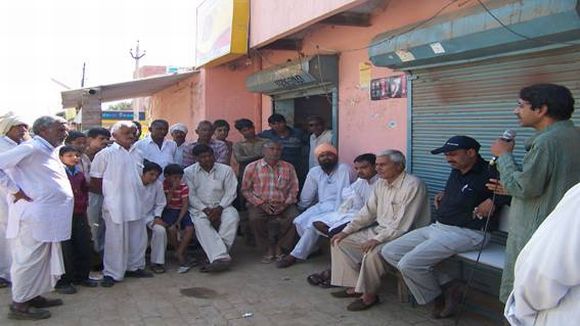 Farmers in Fatehabad are aware that the West Bengal government has refused permission to a proposed 6000 MW facility near the town of Haripur that intended to host six Russian reactors.

India has drawn up a plan to reach a nuclear power capacity of 63,000 MW in 2032 under the influence of nuclear technology companies.

Meanwhile, governments of Russia and India signed a protocol for financing the Kundankulam Nuclear Power Project in Tamil Nadu in the teeth of bitter opposition of villagers against the project.

While environmental and health concerns of the present and future generations due to adverse effects of nuclear radiation merit attention, the security concerns that emerge from nuclear reactors also deserve consideration since nuclear installation have become the preferred targets during military conflict and, over the past three decades, have been repeatedly attacked during military air strikes, occupations, invasions and campaigns.

Observations of G K Pillai, the then secretary in the ministry of home affairs, before the parliamentary standing committee on science and technology, environment and forests in 2010 illustrate how conditions in which the operator of a nuclear power plant, who could be made liable for nuclear damage in armed conflict, hostilities, civil war, insurrection or an act of terrorism, have wide meanings but they have not been defined in the liability act.

These concerns underline that India's nuclear installations are vulnerable to such assaults as well. 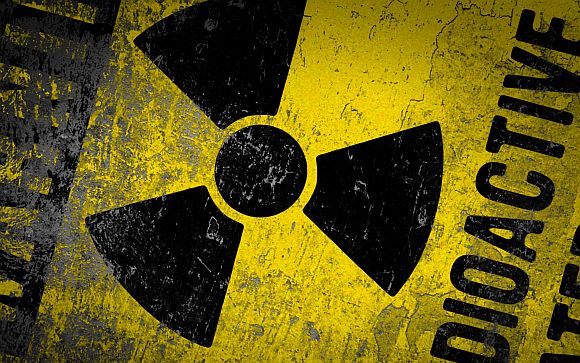 As to health impact, K Sujata Rao, the then secretary in the ministry of health and family welfare while deposing before the parliamentary committee in the matter of nuclear emergency mentioned, "Since the response system to deal with any kind of emergency of such type, the hospitals are not well-equipped, it is natural that mortality and morbidity due to multiple burn, blasts, radiation injuries and psycho-social impact could be on very high scale and medical tackling of such a large emergency could have enough repercussions in the nearby areas of radioactive fallout..."

She suggested while setting up nuclear plants consideration may also be given to the fact that there should be hospital having trained doctors near such establishments and arrangements should also be made for free treatment of people who are affected by serious nuclear fallout."

This has been revealed in the committee's report presented to the Parliament. She confessed that Union health ministry is nowhere to meet an eventuality that may arise out of nuclear and radiological emergencies.

Admittedly, there is no provision and infrastructure for health care during radiological emergencies in the country.

Despite this, questionable proposals for nuclear plants like the one at Fatehabad need to be revisited to convey that although belated unlearnt lessons of institutional failures in the case of industrial disaster of Bhopal and Fukushima are being internalized.

The 1,000-page special report on renewable energy sources and climate change mitigation has found that renewable energy could account for almost 80 per cent of the world's energy supply within four decades.

In India, it can account for a higher share if people's felt need for energy is prioritized over the needs of companies addicted to 'profit at any cost'.

It is time a referendum was held in Haryana and elsewhere in India too to decide whether or not renewable energy is the preferred choice. Will our government pursue the policies needed to travel on alternative power route by resisting the vice like grip of nuclear power companies?