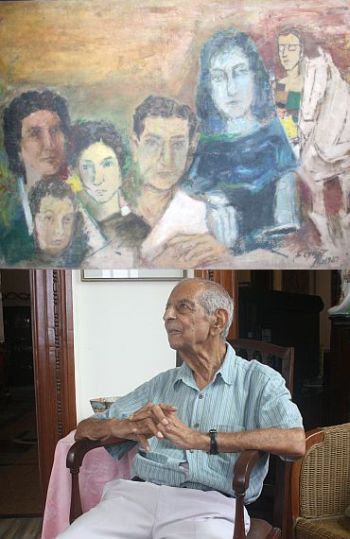 Painter MF Husain passed into the ages on Thursday. And messages mourning his demise are pouring in from around the world. Rediff.com spoke to eminent artists about their memories of Husain. Here's what they had to say.

Kekoo Gandhy, founder of Mumbai's iconic Gallery Chemould and the man who discovered Husain, in coversation with Abhishek Mande

Khorshed Gandhy sits on a huge wooden trunk and stares at a huge painting placed before her on the floor. It is dusty and looks tad worn out. The picture has five people -- three young children and a couple. One of the children, a boy is sitting on a horse.

Gandhy has been looking at it intently for a while now. Then she sighs deeply, looks for her walker without which she finds it difficult to move around and walks away. The painting is a family picture of the Gandhys -- Kekoo with his wife Khorshed and their four children. At the bottom of the painting, an inconspicuous signature reveals that it was painted by a certain M F Husain in 1967.

"He just came with a bucket and some brushes and did this!" Kekoo Gandhy says, adding, "I don't think this is a very good painting. But it is of great sentimental value."

Gandhy is the founder of Gallery Chemould and the man who first promoted Husain among other painters before he became the legend he did.

Gandhy tries hard to draw events from his memory about Husain. He's been receiving calls from journalists and is kind enough to speak with every one of them.

'He wanted to come back home and he couldn't' 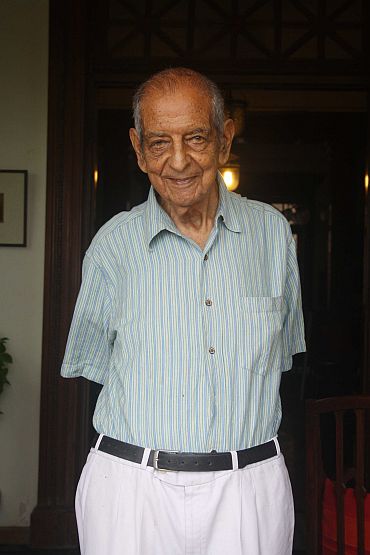 In the middle of our interview, a young journalist calls up to ask him 'what do you feel about Husain's death'. Gandhy mumbles something about how sad it was and soon after, puts the phone away.

Truth is that it has been decades since the Gandhys have met Husain and years since they've spoken with him.

Even as some art critics will tell you that Kekoo Gandhy has a hand in Husain's success, the man himself rubbishes it.

"I wouldn't say I contributed to his success. Husain was not just a great artist, he was also a good human being. It was his personality that made him the first real Indian superstar in a global market."

Gandhy remembers Husain as being warm and affectionate and credits his personality for his success. Their last meeting that Gandhy vividly remembers was 'many years ago in Geneva when Husain had a show there'.

"Husain's career had taken off and we hadn't met in years," Gandhy recollects with great difficulty. "Then one day I happen to meet him in Geneva. He, Raza and I meet for breakfast the next morning."

Gandhy falls silent for the longest time trying hard to remember the details of the meeting. Then he speaks again, "Sadly that is all I can seem to remember. We'd met after a really long time and it felt nice."

"He wanted to come back home and he couldn't," he says, "That was sad." 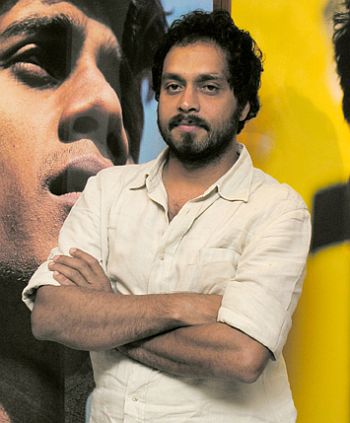 Knowing Husain and understanding his ideas of life, the kind of man he was, the attitude he had and the gypsy character that he was I would just say that I salute him for his work and his ideals and the way he managed his life.

I think what I learnt from him was there is no such thing like age. I always felt very youthful whenever I met him. I started meeting him quite often after he turned like 92 or 93 in the last two to three years. I always felt that the energy that this man had was kind of phenomenal.

More than learning from his art and work I think I learnt more from the way he led his life. I liked the calmness that he always showed whatever the situation. Nobody can fill the void in the Indian art scene that his demise has left behind.

The major issue for me was the kind of secular attitude he showed and the way the Indian art community treated him for this attitude especially in relation to his personal issues.

While I am not saying that the Indian artist community betrayed him, what I am saying is they doubted his integrity as a person. But he always stood by his work and his art.

He always wanted to work. Even at this age whenever we met he'd say abhi bahut kaam karna baki hai (There's still lot of work to be done). That is the kind of spirit that defined Maqbool Fida Husain.

'Husain was determined and professional' 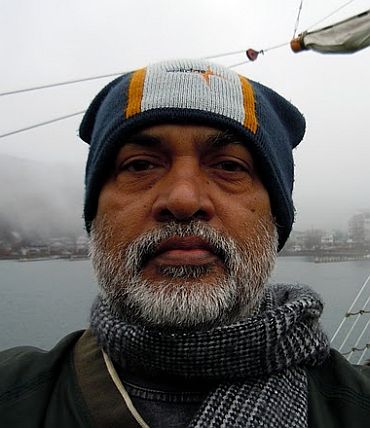 M F Husain's death is a great loss for the Indian art world. I was privileged to have met him and worked with him on a couple of projects. But the most important memory of Husain for me was when I just came out of art college in Calcutta (now Kolkata) he was doing a project: Top 10 talents of Calcutta and Husain (I was one of the top 10 then). It was an exhilarating experience to have been selected by Husain as one of the top 10 talented artists of Calcutta.

After that I have been in Mumbai for more than 20 years and had met him on a couple of times. The most important thing that I leant from his life was his strong determination and professionalism. Because fo these qualities he made emerged as a world renowned painter.

The thing that I liked the most about Husain's work is the series that he did on British Raj in India. It has very good compositions and aesthetically brilliant. His determination was caharacterised by the ekla chalo re (If nobody walks with you, walk alone, walk alone) school of thought.

He was an institution in himself. It was like wherever he starts from people queue behind him. Other contemporaries of Husain followed particular groups but Husain devised his own strong style of painting and art.

'Indian art fraternity could have done more for Husain' 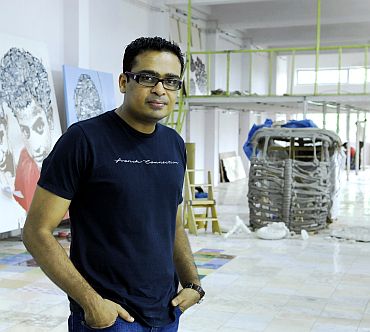 Besides his amazing contribution to the history of Indian art, Husain also uploaded on to the public consciousness what it means to be an artist.

Much of that has now created the kind of art world that we have today.

His brimming endless energy has always been a massive inspiration.

I am asked what is Husain saab's legacy. I'd probably say that the space he created (for himself and the profession) in the minds of the people is unparalleled.

For instance, if I tell a rickshaw driver I am a painter, chances are he'll ask me 'Husain saab jaise?'

That is his legacy.

In his last days, the Indian art fraternity could have collectively done much more for him and it is a bit of a shame that fundamentalist forces worked overtime even as voices offering a secular sentiment spoke in whispers.

We could have mobilised more energy before things got out of control.