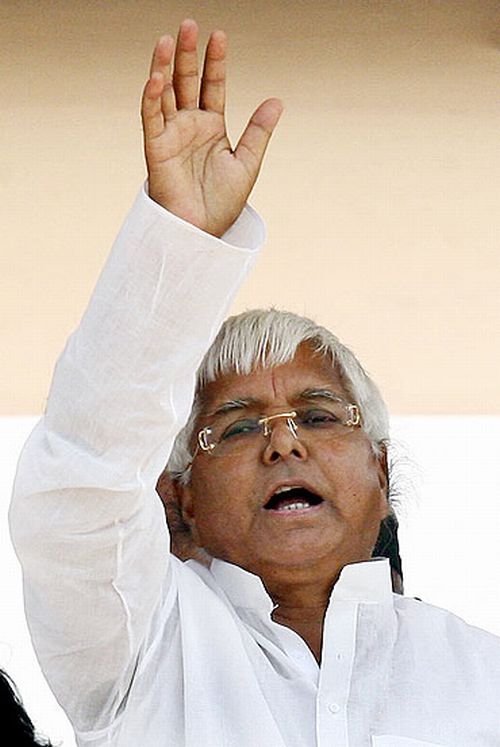 Officials of the Birsa Munda Central Jail in Ranchi are yet to decide on what job they should allot to Rashtriya Janata Dal president Lalu Prasad Yadav but there was a hint that he could be given work related to literacy campaign.

"As per the jail manual, a convict is given about a week time to prepare for appeal against the lower court's verdict. Only after that process is over, the jail superintendent allots work depending upon the skills of a convict," a senior official of the jail said.

"So, he (Prasad) has not been allotted any work as yet," the official, who urged not to be identified, added.

Bhusan evaded a direct reply when asked if he would be given a teacher's job to teach the illiterate prisoners.

"We can't rule out that," he said, but added that no decision on allotting work to Prasad was taken yet. 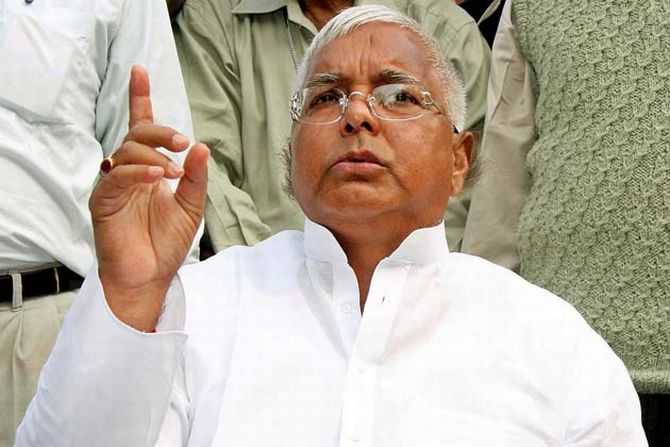 According to his profile in the Lok Sabha website, the former Bihar chief minister is a BA, LLB.

Prasad is currently lodged as an upper division convict in the Birsa Munda Central Jail following his five year long rigorous imprisonment (RI) awarded by a CBI court in a fodder scam case.

Another former Bihar Chief Minister Jagannath Mishra, who was awarded four years RI, however, may not have to work inside the jail for the time being due to his ill health.

Mishra is admitted to a hospital soon after being convicted along with Prasad and 43 others by the court of Pravas Kumar Singh on September 30.

Bhusan said, "In jail there are works for which skilled, semi-skilled and unskilled workers are needed. Work is allotted according to the ability of a prisoner. No work is forced on any one."

The health and age of a convict were also taken into consideration before allotting his/her a work.

The official said the jail has also manufacturing units for making blankets, soap and other materials, besides gardening.