Why rare Asiatic lions stray out of Gir forest 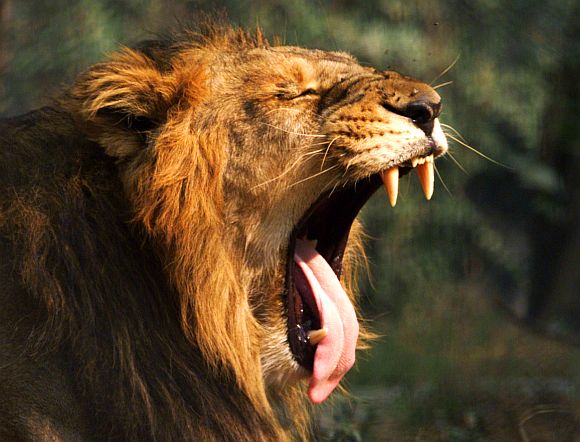 Haresh Pandya tries to find out what ails the rare Asiatic lions of Saurashtra's Gir forest and why they stray out of their only habitat in the world.

While there has been a steady increase in the population of the rare Asiatic lions in the dense forests of Gir in the Saurashtra peninsula of Gujarat in the last fifteen years, there have also been many incidents of their untimely deaths, including by poachers until recently for their priceless claws and teeth.

This may not be a big figure, but considering the fact that Gir is spread in an area of only 1,412 sq km, it is an enormous number.

Usually a single adult lion requires grassland of about, say, 25 sq km to live and roam comfortably. Wildlife experts familiar with the geography of Gir believe its forests cannot provide shelter to more than 200 lions, all factors considered. (And one is not even talking about other big cats, particularly leopards, which are already there in a larger number to accompany the lions.)

'One can only feel sorry for the lions and other animals' 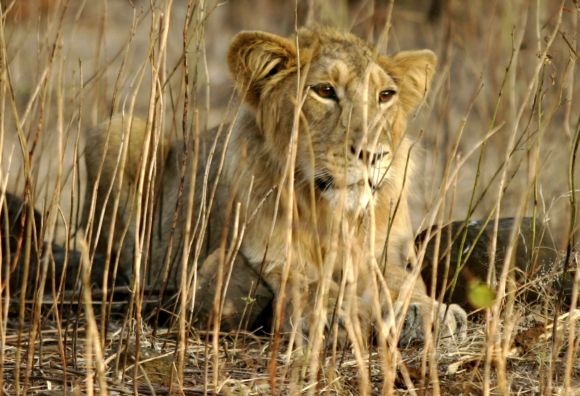 Consequently they tend to step out of what is their only habitat in the world and explore hamlets and villages on the periphery of Gir in search of preys, much to the chagrin of their inhabitants, who are concerned not only about their own lives but also their livestock, and to the delight of poachers.

As if that was not enough, there is an alarming increase in encroachment in the very heart of Gir. There are at least four major temples in Gir, of which Kankai and Tulshishyam are very famous and remain crowded with hundreds of pilgrims throughout the year, except during the monsoon.

Add to these a railway line and a couple of roads on which government and private vehicles regularly ply and the plight of the Gir wildlife is complete. One can only feel sorry for the lions and other animals.

Incidents of a lion or two, or even a pride for that matter, straying out of their protected areas and attacking and killing domesticated animals of farmers, shepherds, milkmen and other settlers living on the outskirts of Gir are neither uncommon nor infrequent. (Of late they have started fatally attacking even humans sleeping outside their homes in the dead of night.)

In fact, at times the Gir lion is sighted even on the coastal areas of Una, Seemar, Kodinar, Sutrapada, Veraval, and even the stunningly picturesque island of Diu, which is a favourite destination of many a tourist. 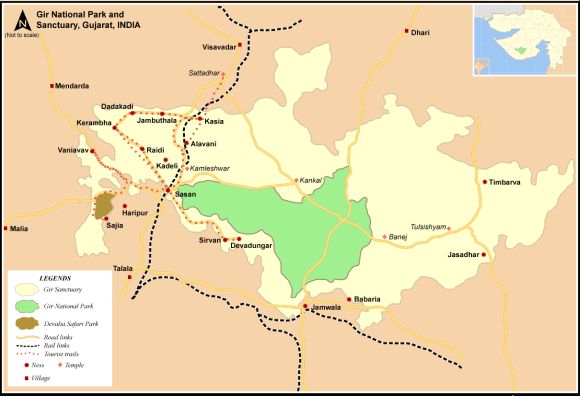 There has been a move by the government of India for translocation of a specific number of lions from Gujarat to Madhya Pradesh.

But the Gujarat government has strongly and persistently opposed any such move, arguing that when Madhya Pradesh is unable to protect its tigers, what is the guarantee that the lions will be safer there. It is also argued that lions and tigers cannot live together.

On the other hand, Madhya Pradesh government says that it is very risky to keep the entire lot of lions at one particular place; arguing that any epidemic or natural or man-made calamity may wipe out the entire population of the already rare Asiatic lions.

A long legal battle has been going on between Gujarat and Madhya Pradesh governments in the Supreme Court for many years over this issue.

There was an "outer" Gir within Gujarat almost a hundred years ago, covering, among other areas, the forests on the Barda hills near Porbandar.
There were lions on Barda in the past. But today the forest area of Barda is spread across only 192 sq km.

Another problem is there is nothing for the lion to hunt for its prey on Barda, not even species of the deer. To develop all this, and much more besides, is a Himalayan task.

However, the Gujarat government has already started lion breeding centres in Barda as well as at Rampara near Rajkot and Jesar near Bhavnagar.

The idea is to develop these small forest areas of Saurashtra as second homes of sorts for a select few lions and reduce the "burden" on an already congested Gir.

Some wildlife experts are also in favour of shifting several lions from Gir to Hingolgadh hills in Rajkot district.

Lion cubs of Gir have little resistance against certain diseases 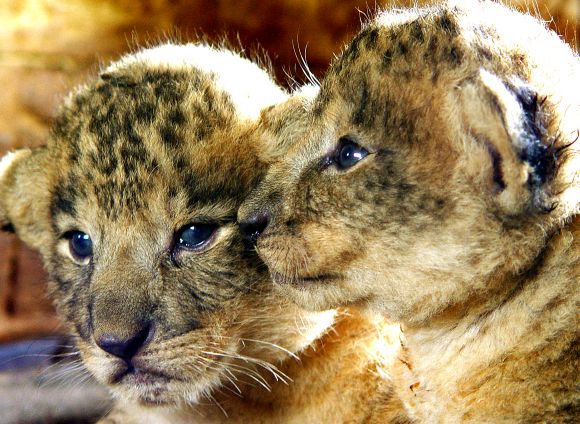 Of course, it could be dangerous to have more lions living in smaller areas like these. According to medical experts, the population of Gir lions is inbreeding and hence their cubs have little resistance power against certain diseases.

More than 150 lions are reported to have died in Gir in the last five years and at least 50 per cent of them were cubs.

Concerned wildlife activists warn that if a certain number of Gir lions are not shifted somewhere else, they will continue to  die untimely deaths at regular intervals.

Gir has long reached a saturation point. The forest has already been very dense in many parts.

"The density of Gir has touched an alarming figure of almost 80 per cent. Lions in particular find it difficult to live comfortably in the dense forests. They do not get their prey on time. Something must be done to lessen the density of Gir," says a wildlife expert.

But it is not easy. The lions can always feel at home in the grassland. But you cannot cut teak plantation to reduce the density of the forest because of the environment law.

"The trouble is that if you try to solve one problem, you face two new ones! But something must be done by all concerned to conserve the rare Asiatic lions," adds another nature and wildlife lover.