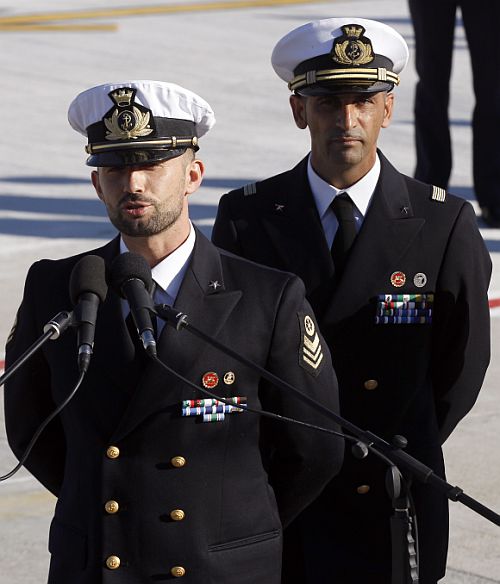 The half-heartedness of the Indian government in prosecuting the Italian Marines is likely to be interpreted by detractors as an indicator of the influence exercised by Italy over the government's actions in this case, says B Raman.

An over-anxiety on the part of the Indian government to oblige their Italian counterparts on the issue of the two Italian Marines, who have been charged with killing two Kerala fishermen wrongly mistaking them for pirates on February 15, 2012, has created suspicions in public mind on the bonafides of the Manmohan Singh government. The Italian Marines were posted as sentries on board a private Italian tanker.

The following two questions arose as a result of the incident: (a) Was the Italian contention that the fishermen approached their ship in an aggressive manner thereby giving the impression that they were pirates corroborated by other evidence? (b) Did the incident take place in Indian territorial waters or outside?

The Italian contention was that the incident took place outside Indian territorial waters and that the fishermen definitely appeared to be approaching the Italian tanker with hostile intention, which gave the Marines the right to open fire in self-defence.

The Indian contention was that the incident took place in Indian waters and that the Kerala fishermen were unarmed. Hence, the question of their approaching the Italian vessel in a hostile manner did not arise. 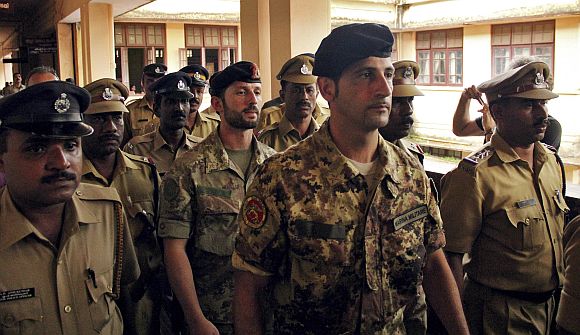 India rejected Italy's demand that the case should be tried before an Italian court. Having rejected the Italian contention, India should have vigorously gone ahead in prosecuting the Italian Marines. It did not do so.

On the contrary, special facilities were given to the accused and there was a definite half-heartedness in proceeding against them. They were released on bail and allowed to stay in a hotel at the expense of the Italian embassy.

They were allowed to go to Italy to spend Christmas with their families -- an extraordinary gesture to under-trials in a murder case.

Even though they were supposed to be in Indian judicial custody, they were not accompanied to Italy by Indian guards. However, they returned from Italy after Christmas as promised by the Italian Embassy in New Delhi.

On January 18, 2013, the Supreme Court had ruled that the Kerala government had no jurisdiction to prosecute the Marines and had directed the Union government to constitute a special court in consultation with the Chief Justice of India for fresh trial.

There was a delay in constituting the special court, which led the Supreme Court to observe as follows: "Why is the Centre dragging its feet over the matter? Nobody has initiated any consultation process till now." 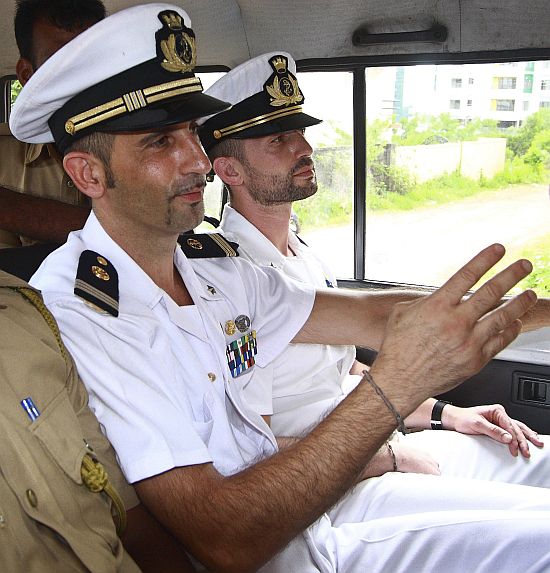 Even as the Indian government was dragging its feet on setting up the special court, applications from the Marines for permission to go to Italy again to cast their votes in the Italian elections on February 22 came up for hearing before the Supreme Court.

The government did not vigorously oppose the applications on the ground that the Marines could exercise their postal ballot or vote in the Italian Embassy.

The Italian Embassy's contention that postal ballot was not possible was accepted and on a commitment made by the embassy that they would return after casting their ballots, they were allowed to travel to Italy.

Even though the elections were over on February 22, they did not return till March 11.

Nobody in Delhi appeared to have noticed this delay till the Italian foreign office informed the government on March 11 that the Marines would not return since the latter had no jurisdiction to try them. 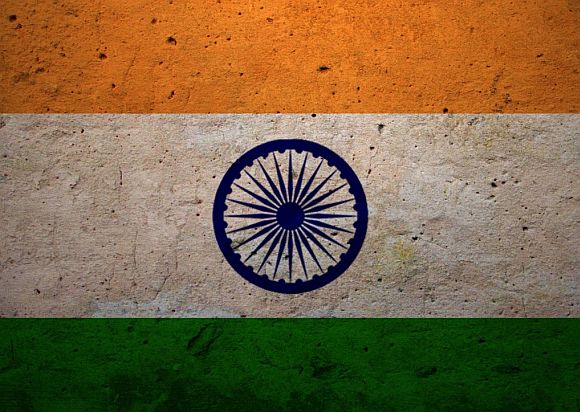 A new government, which advocated a stronger line against the Indian government on this issue, had come to power after the February 22 elections and it had no qualms about breaking the commitment made by the previous government to the Indian Supreme Court. This time too, the Marines travelled to Italy as free individuals and not as under-trials in Indian judicial custody

The credibility of the Indian government in the eyes of its citizens has taken a beating as a result of the seeming over-anxiety of the government to oblige Italy instead of asserting on its right to have them tried before a special court as ordered by the Supreme Court.

The half-heartedness of the government in prosecuting the Marines is likely to be interpreted by the detractors as an indicator of the influence exercised by Italy over the government's actions in this case.

Apart from the usual drama of diplomatic protests, the government has placed the country in a position of having very few options to uphold the country's self-respect and honour.