Monsoon session of Parliament: What lies ahead 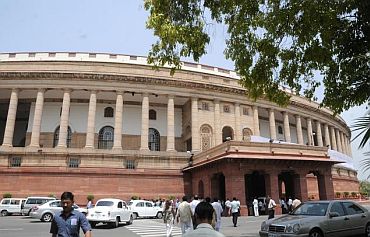 There has been much criticism of politicians and Parliament by some activists. It is for parliamentarians to regain their moral legitimacy by carefully considering the legislative proposals and passing them. The next few weeks are an opportunity to do just that, says M R Madhavan.

The monsoon session of Parliament is scheduled to be held from August 1 to September 8. Parliament passed just five bills in the last two sessions.

Currently, 81 bills are pending with the two houses. In addition, some key bills such as the Lokpal Bill and the amendment to the land acquisition law are expected to be introduced this session. In this article, we focus on a few important bills related to corruption, taxation, and higher education. 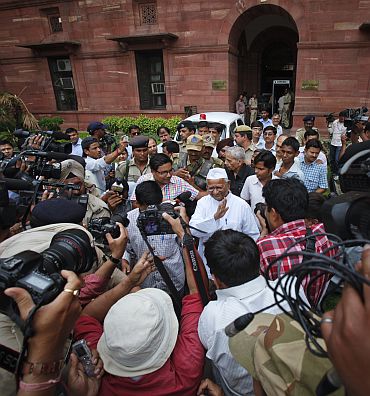 The Lokpal Bill will establish a body with the mandate to investigate and prosecute corruption in high places. The government had set up a committee which included a few ministers and civil society activists. The committee has published two drafts.

The Union Cabinet on Thursday after much deliberation cleared the Lokpal Bill, keeping the office of the prime minister, judiciary and conduct of MPs inside the Parliament outside its purview.

It was perceived as a 'snub' by Team Anna Hazare -- the civil society representatives in the joint Lokpal drafting committee -- as they described the Cabinet's act 'a deceit to the nation.'

This bill, when introduced in the session, will likely be referred to a standing committee for detailed examination. That implies that the bill will not be taken up for passing before the winter session (or more likely, the next budget session).

Three other bills address the issue of corruption. The whistleblower bill (officially called the Public Interest Disclosure and Protection to Persons Making the Disclosure Bill, 2010) seeks to provide protection to whistleblowers (such as Satyendra Dubey, who was murdered for reporting corrupt practices).

It has a process by which such complaints can be made to the central or state vigilance commissions, which will ensure that the identity of the complainant is kept secret.

The Judicial Accountability and Standards Bill, 2010 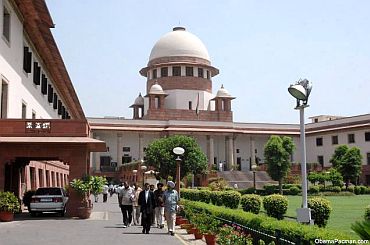 The Judicial Accountability and Standards Bill, 2010 has provisions to ensure accountability of the higher judiciary (Supreme Court and high courts). This bill has three main objectives.

First, it requires judges to declare their assets and liabilities, which will be posted on the courts' websites.

Second, it provides statutory backing to their code of conduct.

Third, it provides a mechanism by which anyone can make a corruption complaint against a judge. Such complaint will be investigated, and if warranted, a report recommending impeachment will be presented to the President.

The Prevention of Bribery of Foreign Public Officials Bill was introduced last session. It provides penalties for Indian companies and individuals who bribe officials of a foreign government or international agency. 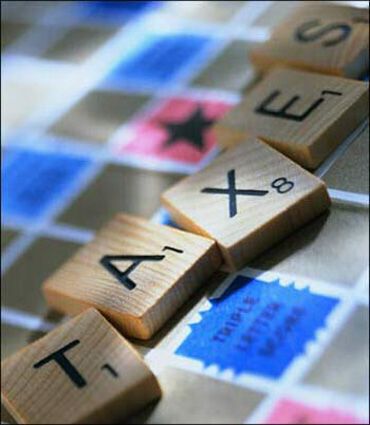 This is the season of filing individual income tax returns. The entire system of direct taxes could see a major revamp by this time next year.

The Direct Taxes Code Bill will replace the Income Tax Act and the Wealth Tax Act. The Income Tax slabs have been modified a bit, with the 30 percent tax slab applicable above Rs 10 lakh (currently Rs 8 lakh), and the exemption upto Rs 2 lakh (now Rs 1.6 lakh). The education surcharge of 3 percent will also be removed.

The taxation of short-term capital gains is being amended: 50 percent of the gains will be taxed at the marginal tax rate (currently, the tax rate is a flat 15 percent).

The wealth tax will be applicable above Rs 1 crore (now Rs 15 lakh). The implications for companies is much more significant. Most exemptions (such as backward area, SEZ etc.) are being removed. This implies that their effective tax rate will rise.

There is a move to reform the indirect tax system. Currently, there are a number of taxes: customs, excise, VAT, service tax, etc. These will be subsumed under a Goods and Services Tax, which will be one common rate across the country.

Such a system will also remove barriers to inter-state trade. As some of the existing taxes fall under the purview of states, the change requires a constitutional amendment, which will need two-third majority support in each house of Parliament, and a further ratification by 14 of the 28 state legislatures.

The constitution amendment bill is being examined by the standing committee on finance. 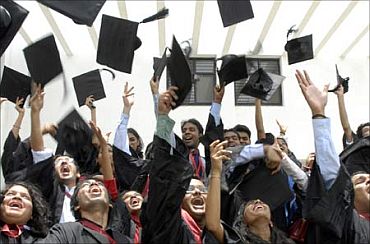 There is an urgent need to invest in higher education for India to reap the benefits of the age profile of her population. The government has introduced four bills to overhaul the structure.

Two bills focus on transparency and information to prospective students. The Prohibition of Unfair Practices Bill requires all institutions to publish a prospectus with certain details. It also prohibits capitation fees.

The National Accreditation Regulatory Authority for Higher Educational Institutions Bill requires all programmes in all colleges to obtain a quality rating (similar to credit rating for financial instruments).

It provides for agencies to rate these programmes, and establishes a regulator for these agencies.

The Education Tribunals Bill sets up tribunals at the central and state levels to adjudicate disputes relating to higher education. These disputes would include those related to affiliation of college to universities; employment related issues, as well as those related to unfair practices.

The Foreign Education Institutions Bill regulates the entry and operation of foreign universities. They will have to follow the norms set by Indian regulators (such as UGC and AICTE). However, the government may permit this condition to be waived for some reputed universities. Foreign universities are not permitted to repatriate any surplus from their Indian operations.

Next few weeks an opportunity for Parliament 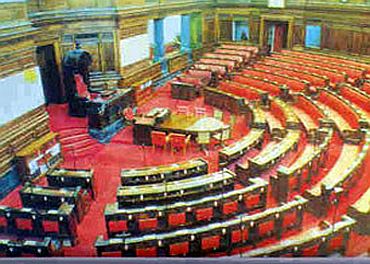 Here, we have provided a glimpse of some of the bills pending in Parliament. Clearly, the institution has a lot on its plate.

There has been much criticism of politicians and Parliament by some activists. It is for parliamentarians to regain their moral legitimacy by carefully considering the legislative proposals and passing them.

The next few weeks are an opportunity to do just that.