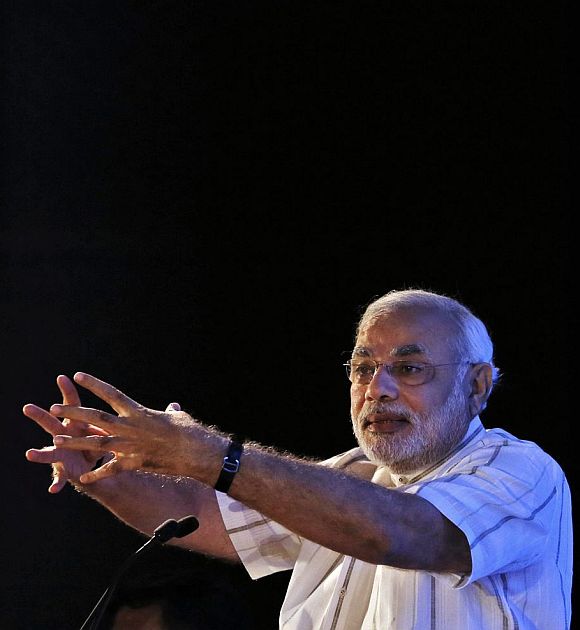 Gujarat Chief Minister Narendra Modi's barbs at Congress "wearing the burqa" of secularism triggered a fresh war of words with the party hitting back at him while senior BJP leader Yashwant Sinha was worried that the "spurious" communal-secular debate would only help the ruling party.

Sinha appeared to counsel Modi not to fall into the "trap" of Congress which would only benefit from such a debate to cover up its government's grave financial mismanagement that would take the country into a "dark future".

Modi's attack in Pune on Sunday that the Congress wore the burqa of secularism to hide its failures whenever it was in crisis, stung the party which attacked Modi saying that the burqa (veil) of secularism was better than "naked communalism". 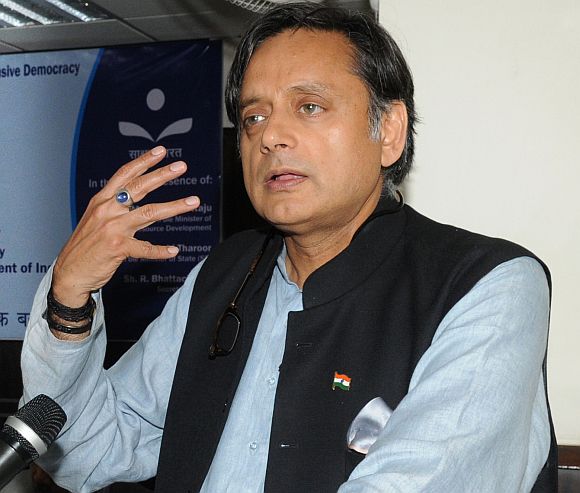 His party colleague and Union Minister Manish Tewari said the choice before the people was an inclusive India or an India which is sectarian.

"The vision of the Congress party is pluralistic and inclusive. And the vision of the section of the opposition has been sectarian, majoritarian and communal right from the beginning," Tewari said.

Yet another minister Shashi Tharoor also joined the debate reminding Modi of his RSS pracharak days and saying secularism burqa was preferable to the 'khaki shorts of the Italian fascists which signify intolerance and hatred".

'Puppy and burqa would not fetch votes for BJP' 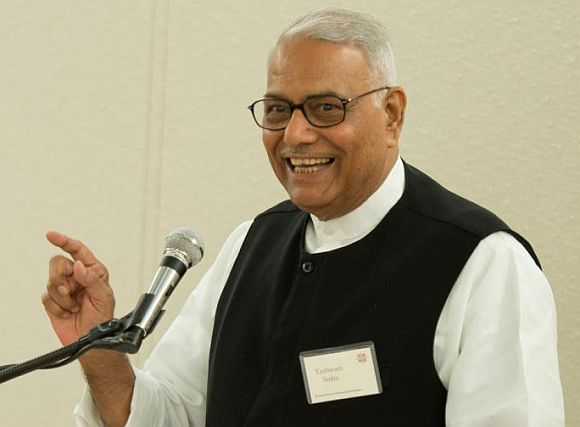 Bihar Chief Minister Nitish Kumar, who had ended his alliance with BJP in the state over Modi, made a veiled attack on him saying use of words like "puppy" and "burqa" would not fetch votes for his party.  Instead it would only pollute the environment, he said.

BJP leader and former Union Minister Yashwant Sinha looked at the entire debate in a different way. He said there was a "completely sterile" debate in which issues of unemployment, quality of life and the failure of the government to tackle the problem were relegated.

However, he was at pains to explain that he was not offering any advise to the Gujarat Chief Minister on how he should conduct the campaign.

Sinha said Modi was raising all the issues that he has been raising. "But what is picked up is a chance remark that the puppies coming under the wheel of my car. Our opponents pick up the remark and derail the debate," he said.

'Congress is a progeny, a product of the British policy' 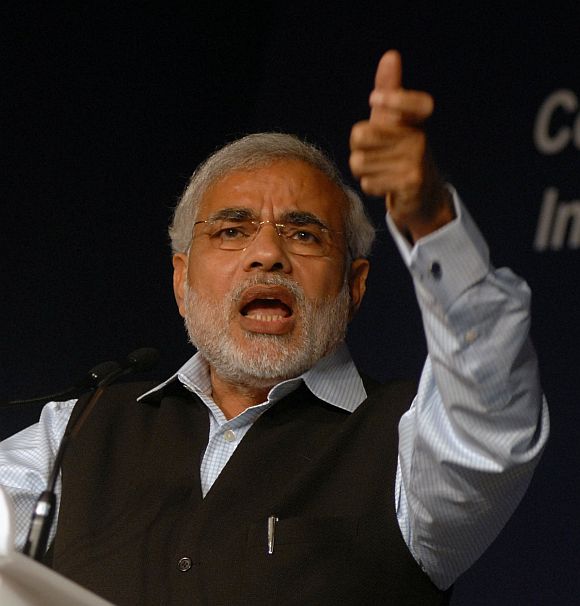 The BJP came to the defence of Modi saying the Congress was not answering the questions raised by Modi but raking up some issues out of context.

"We had hoped that the Congress will speak on the Bodhgaya blasts, or relief and rehabilitation in Uttarakhand or the scams but Congress only talks about Modi. This shows how much Modi-phobia and Namo-nia Congress is suffering from," BJP spokesperson Abhimanyu said.

"Modi talks about the nation while Congress talks only about Gujarat. We hope in future Congress will talk about good governance, development or even secularism," he added.

Asked about Modi's remarks that Congress hides behind a "burkha (veil)", the BJP leader said the ruling party has always pursued pseudo-secularism.

"Under the garb of secularism, Congress has indulged in politics of appeasement. It has practised divide and rule. Congress is a progeny, a product of the British policy," Abhimanyu said