Mo Yan, who on Thursday won China's first Nobel Prize in Literature, says his literary instincts were spurred by loneliness, when he was forced out of the school by his cruel father and made to graze cattle.

"A lonely boy stayed with the cow the whole day," was how Mo, 57, summed up his initiation into literature while talking to the state-run CCTV channel before the Prize was announced.

"All I could see was the blue sky, white clouds, grass and locusts and other small animals and a cow. I was really lonely. Some times I repeated a song with different notes. Some times I talked to the cows and talked to myself," he said, struggling for words to describe his painful childhood years.

Most of Mo Yan's works are set in his own hometown, Gaomi County, in East China's Shandong Province.

Before the age of 20, he never ventured beyond the boundaries of his own county. 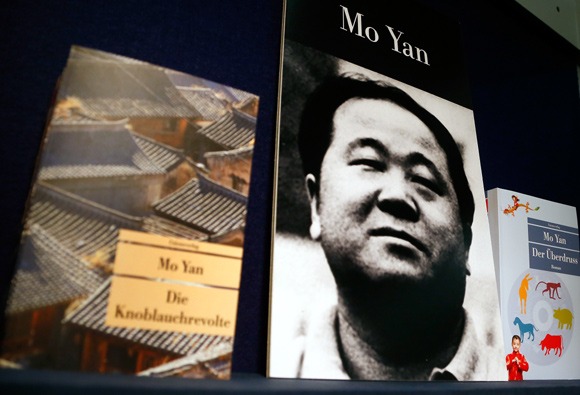 Strangely Mo Yan, which literally means 'Don't Speak', did not want to talk about the Nobel Prize. fearing criticism.

Though famous, he has his share of critics in China, who criticised him for not showing solidarity to those repressed by the dictatorial government.

Fellow Chinese writer Ma Jian has deplored the lack of solidarity and commitment of Mo Yan for other Chinese writers and intellectuals who were punished or detained for taking a critical view of the state of affairs in Communist China.

Until today, the Nobel Prize was viewed with contempt in Chinese official media, as the Nobel Peace Prize has been awarded to the Dalai Lama for his peaceful struggle for the betterment of Tibetans and Liu Xiaobo, a jailed dissident.

Since then, the Chinese government had virtually boycotted Norway for awarding the coveted prize to a jailed dissident. Three days before the Prize was announced, state-run Global Times sounded diffident about Mo winning it.

"For over 100 years, the names of Chinese authors have been absent from the list of winners for the Nobel Prize in Literature. The prize for 2000 was awarded to Gao Xingjian, a French-Chinese dissident writer who left China in 1987. But Gao, whose works were criticised by some as favouring the West and catering to Western values, was greatly controversial domestically. Mo, however, is one of the most widely read writers in China and is a typical Chinese author in the traditional sense. His works reflect the vivid and real grass-roots China," it said.

In his early years, he experienced poverty, hunger and was repressed by a particularly harsh father.

All of these things have influenced Mo Yan's later writings, according to the CCTV report. 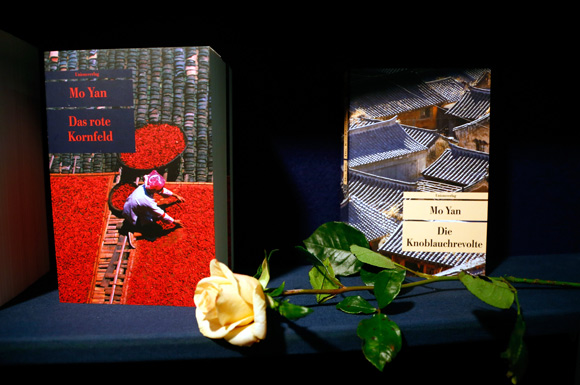 When Mo Yan was 12 years old, he was forced to leave school and graze cattle during Mao Zedong's Cultural Revolution.

To satisfy his thirst for reading, Mo Yan said he read every single book he could get hold of, even the dictionary.

When he turned 20, he joined the Peoples Liberation Army and got to see the world beyond his home village. He started writing in 1981.

Three years later, he was given a teaching position at the Department of Literature in the Army's Cultural Academy. In 1981, he started his writing career.

In 1987, The Red Sorgum burst onto China's literary scene. Mo Yan's other major works include The Republic of Wine, Life and Death Are Wearing Me Out, Sandalwood Death, Big Breasts and Wide Hips and more. 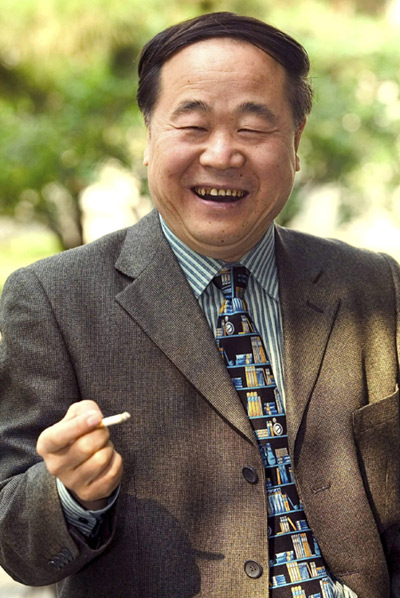 Mo has won several top Chinese and international prizes including the Mao Dun Prize 2011 for Frog.

He is regarded as the most widely translated Chinese author in English, even though he never wrote in English, Raymond Zhou, a columnist of the state-run China Daily said while commenting on the Nobel Prize to Mo.

"Full credit to those dedicated team of translators, who propelled him to the top of the literary stage of the world," he told CCTV.

"Mo Yan is well represented in foreign languages around the world. And with good reason -- he is one of the great novelistic masters of modern Chinese literature, with a long list of ambitious novels to his name," according to the TV report.

"His writing is powerful, visual, and broad, dipping into history, fantasy and absurdity to tell stories of China and its people," the report said.