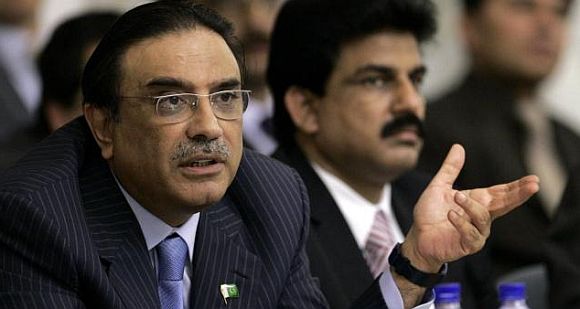 The controversial secret memo to the United States from Pakistan President, being dubbed as 'Memogate', that talks about creating a "new security team" has enraged the country's powerful generals and has put intense pressure on Asif Ali Zardari.

In the note written immediately after the May 2 American raid that killed Al Qaeda chief Osama bin Laden, Zardari allegedly sought US help to stave off a feared military coup.

The note, given to then Chairman Chief of Staff Adm Mike Mullen by a Pakistani-American businessman Mansoor Ijaz, said the situation provided "a unique window of opportunity" for "civilians to gain the upper hand over army and intelligence directorates" implying that powerful army generals could be axed.

This has brewed a storm laying bare the profound divide between the army and civilian government and the nation's relationship with US which finds itself at the centre of the gulf, The Washington Post said.

The controversial secret memo to the United States from Pakistan President, being dubbed as 'Memogat 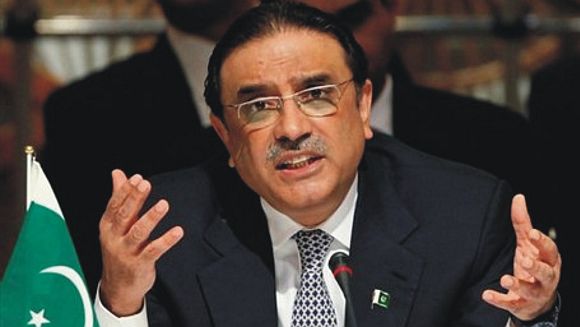 Zardari's government has been leading Pakistan since 2008 but the real power remains in the hands of the military, which has ruled the country for half its 64-year existence and was livid after the US operation against bin Laden.

Though both the army and the civilian government receive billions of dollars in American assistance, the military views the United States, and its support for Zardari's unpopular administration, with deep distrust, the American media said.

Prodded by the military, Zaradri's critic are now demanding that the government provide a full account from where the memo originated, who authorised it and what it was designed to achieve.

"We have asked the government to come clean on the memogate," Financial Times daily quoted Pakistani lawmakers as demanding. 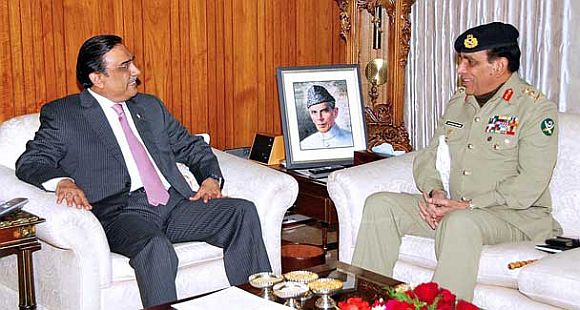 The saga has already taken its first victim, the presumed author of the note Pakistani Ambassador to US Husain Haqqani, who has send in his resignation to Zardari.

Back in Pakistan, the situation is seen as tense. On Thursday, Zardari met army chief Gen Ashfaq Parvez Kayani for the second time in as many days, amid reports of tensions between the military and civilian government.

Prime Minister Yousuf Raza Gilani too was present at the meeting.

This is not the first time that Zardari and Kayani have locked horns.

Way back in 2009, the two were at daggers drawn over approach to US on the Kerry-Lugar Bill on American aid to Pakistan. 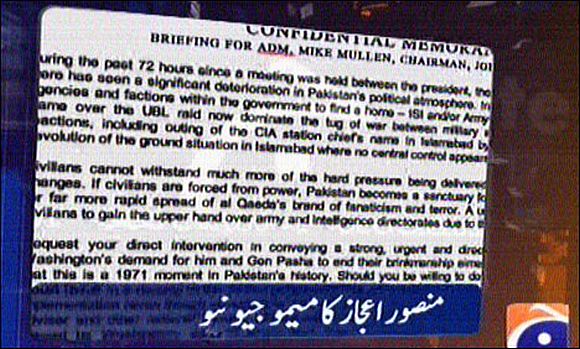 At that time, Pakistan's The News quoted Interior Minister Rehman Malik as having contacted top army brass assuring that the "President had no plans to remove General Ashfaq Parvez Kayani from the command of Pakistan Army".

Currently, the army is irked by the controversial note summarising that a military takeover in Pakistan would result in "potentially the platform for far more rapid spread of Al Qaeda's brand of fanaticism and terror".

It is also said to be enraged over subtle suggestions in the note which say that the army and the intelligence had a role in sheltering bin Laden and Taliban leaders.

The storm over 'memogate' has pumped up an already feverish political climate with the country's best known diplomats, politicians and spy masters using the affair to push their competing agenda ahead of the early 2013 elections, US media reports contended.