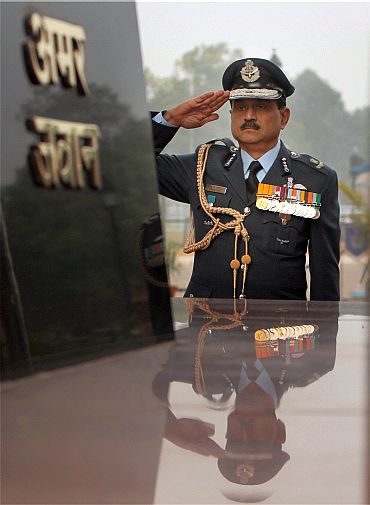 Born in Allahabad on 15 December 1951, Air Chief Marshal Browne was commissioned into the fighter stream of Indian Air Force on June 24, 1972. He has had a varied operational experience of flying Hunters, all variants of MiG-21s, Jaguars and SU-30s.

He was a member of the initial core team, which trained on the Jaguar aircraft in the United Kingdom and went on to command a premier Jaguar strike squadron subsequently. 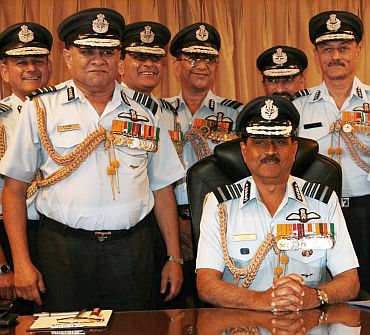 In a career spanning 39 years, he has held various operational and staff appointments that include -- joint director at Air War Strategy Cell at the Air Headquarters, chief operations officer and air officer commanding of a SU-30 base, Air-I at New Delhi-based Western Air Command (WAC) and assistant chief of the air staff (intelligence) at Air Headquarters.

He was also responsible for establishing the Indian Defence Wing in Tel Aviv, Israel in April 1997, where he served as the defence attache till Jul 2000.

From March 2007 to 31 May 2009, he functioned as the deputy chief of the air staff (DCAS) at the Air Headquarters and was responsible for IAF's major modernisation programmes.

Before taking over as the Vice Chief of the Air Staff at Air Headquarters on January 1, 2011, he was the AOC-in-C of Western Air Command, under whose command and personal supervision, the first ever landing of an AN-32 (fixed wing aircraft) took place at Nyoma, advance Landing Ground, located at an altitude of 13,300 feet on September 18, 2009. 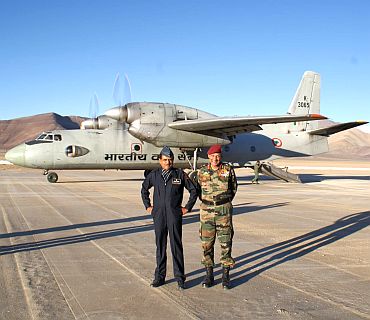 In his address to the Air Force, Air Chief Marshal Browne said, "The IAF is well poised on the path of transforming itself into a potent strategic force".

Outlining his vision statement for the IAF of -- 'People First Mission Always', he said, "While induction of the state of the art equipment and systems would lead to a major upgradation of our combat potential, our biggest strength, 'Our People' must receive our highest attention."

"In whatever capacity you serve in the Indian Air Force, you remain our most valuable asset," he added. 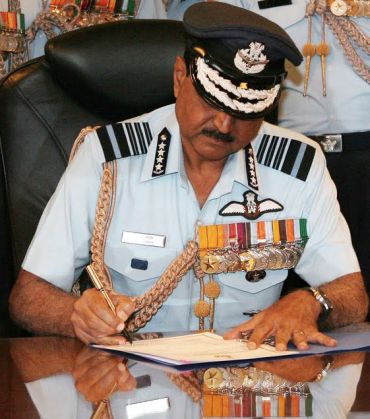 "I firmly believe that each one of us has a duty to care and look after the people placed under our charge. It is a sacred calling, for all leaders, men and women, irrespective of the rank and position. Our endeavour should be, to empower our subordinates, by giving them required operating skills, through dedicated training and mentoring".

"While change is the hallmark of growth and progress, the biggest challenge facing us in the coming years, is to manage this fast paced change effectively, without compromising on high operational standards."

"Operating across a broad spectrum of equipment vintage, would test our innovativeness and capabilities. The nation has reposed a high degree of trust and confidence in our capabilities. It is indeed an onerous asking, and I am confident that as capable men and women we will work shoulder to shoulder in discharging our responsibilities befittingly".

Married to Kiran Browne, they have a son, Omar, a Su-30 MKI pilot, and a daughter Alisha, who is working with a multinational company.