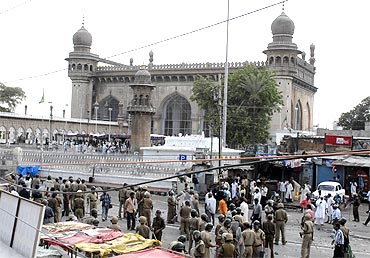 May 18, 2011 marks four years since a blast at Hyderabad's Mecca Masjid claimed 14 lives. However, there has been no breakthrough in case with the investigation going on at a snail's pace. Lateed Mohammad Khan, convenor of the Civil Liberties Monitoring Committee, that has been fighting the case of the Muslim youth who were falsely implicated in the blast, says that the Hyderabad police protected Hindu radicals behind the bombing. Vicky Nanjappa reports.

The 2007 Mecca Masjid blasts at Hyderabad were a turning point for terrorism in India. Four years have gone by and while the Muslim community in Hyderabad blames their representatives for not doing enough, the investigations continue to move on at a snail's pace.

It's a well-known fact that the Harkat-ul-Jihadi was initially blamed for the blasts. The reason given out by the police at that time was this blast was carried out to create a divide in society. However, three years later everything changed and some Hindu elements were brought to book for this incident. What sealed matters was a confessional statement by right-wing activist Swami Aseemanand, who went on to claim that it was Hindu radicals who carried out the blasts.

'Ramji Kalsanghra, Sandeep Dange a key to solving the case' 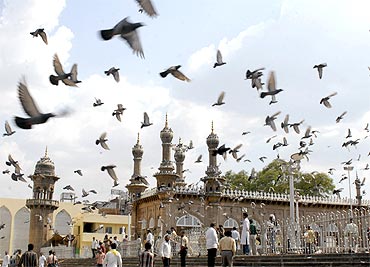 Today, the case is being handled by the National Investigation Agency and last month they had visited the blast site and reconstructed the incident as part of investigation procedure. An NIA source said that probe in such terror-related cases is time consuming and they cannot conduct an investigation as per media pressure.

"We are doing our work and interrogating several accused in the case. We are also on the trail of Ramji Kalsanghra and Sandeep Dange, names revealed by Aseemanand during his confession.  We hope they will help provide more leads to the case. We are looking to close the case in the next couple of months," the source added.

At the moment, the NIA has in its custody, Aseemanand, Devendra Gupta and Lokesh Sharma for their involvement in the case. 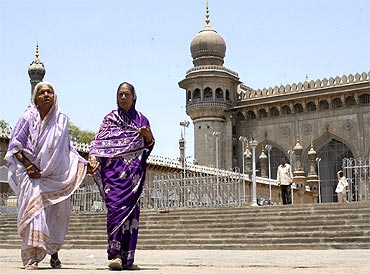 Lateed Mohammad Khan, convenor of the Civil Liberties Monitoring Committee, which has been fighting the case of the Muslim youth who were falsely implicated in the blast, says that the Muslim representatives have failed to fulfill their responsibilities at a time they were needed the most.

"We Muslims are upset with them because instead of making the government of Andhra Pradesh accountable they decided to go on the defensive. There was no one to console the families of the people who died in the blast and subsequent police firing. They were treated worse than animals," he said. "The police caused such terror that the families of the dead could not even perform the last rites properly. People were prevented from joining the last prayer for the deceased," Khan added. 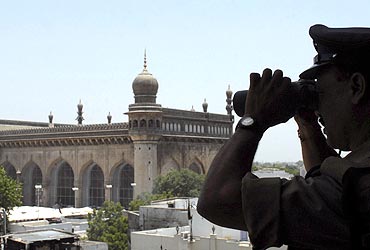 According to Khan, nabbing the culprits is not sufficient in the case. "The Hyderabad police have played a role in this case and the NIA should investigate this angle as well. We believe that the police provided logistic support to the Hindu terrorists. Immediately after the blast, the police started firing on innocent people, which helped the culprits get a safe passage to escape," he said.

"We do not understand the attitude of the government. It had constituted the Bhaskar Rao commission of inquiry to probe the case and it has even submitted a report to the government last year. However, the government refuses to table the report or even make it public. This is being avoided since the report mentions the names of several police officers, which the government wants to protect. The report further speaks about the torture of the Muslim youth and how they were electrocuted while in custody," Khan said. 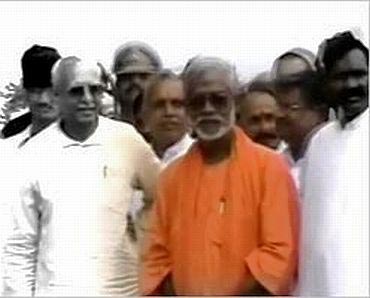 At the end of four years, the Muslim community in Hyderabad have the following demands: