'We are over-reacting to Saudi Arabia's Nitaqat crisis' 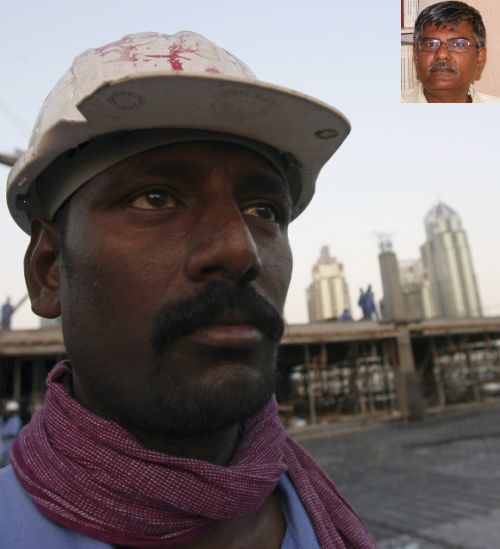 'The problems faced by migrants remain the same for the last 20, 30 years -- salaries not being paid properly, exploitation by agents, etc. This is the biggest problem and not what the Saudi government implements now,' migration expert Dr Irudaya Rajan tells Rediff.com's Shobha Warier.

Dr Irudaya Rajan is the chair professor, Union Ministry of Overseas Indian Affairs Research Unit on International Migration, at the Centre For Development Studies at Thiruvananthapuram.

Dr Rajan tells Rediff.com's Shobha Warier about the migration of Keralites to the Middle East, people from UP, Bihar, Bengal, Orissa, etc to Kerala, and also migration of people in general.

Among other things he explains the strange phenomenon of Malyalis demeaning certain jobs in Kerala, but doing the same jobs in the Gulf.

Do you expect many people to come back due to the Nitaqat crisis in Saudi Arabia?

No. I am saying not many are likely to come back due to the law in Saudi Arabia. My understanding is, this is dead news and business will be as usual in the next 2, 3 months. We are just over reacting.

The policy they talk about -- that you should employ one local Saudi for every ten employees -- has been in existence for 15 years. It is not anything new.

It is not only there in Saudi Arabia only; it's there in the other Gulf countries too.

They say they are going to be strict now. Still, the 3-D jobs which we talk about in migration -- Dirty, Dangerous and Demeaning -- will not be done by the local Saudi people, the same way Malayalis won't do the 3-D jobs in Kerala.

That is why we have millions of people coming from other parts of India to Kerala to do these jobs.

When Malayalis can't do these jobs in Kerala, how do you expect Saudis to do the same job in Saudi Arabia?

'Even today, people are going to Saudi Arabia to work' 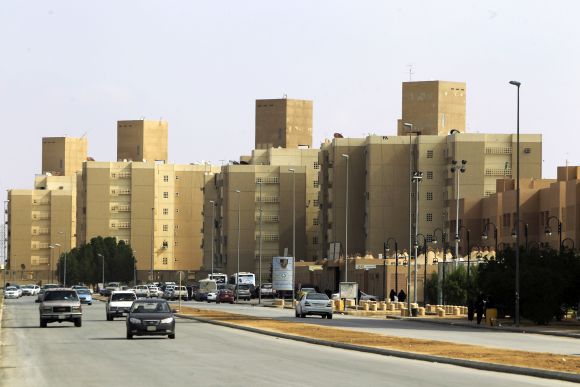 A lot has been written about illegal migrants being deported immediately...

What does India do if it finds people whose visa has expired? They immediately deport them back to their country. What is so surprising about that? Every country does that. You can't interfere if another country does the same to your countrymen.

That is why the ministry of overseas affairs asked such people to come forward. The ministry would see to it that they are not put in jail.

But even today, people are going to Saudi Arabia to work. This has not and will not stop people from going there.

I saw the ministry's annual report, and between 2011 and 2012, the number of people going there with ECR passports has gone up.

I am not worried about this issue. But the problems faced by the migrants remain the same for the last 20, 30 years -- salaries not being paid properly, exploitation by agents, etc. This is the biggest problem and not what the Saudi government implements now. 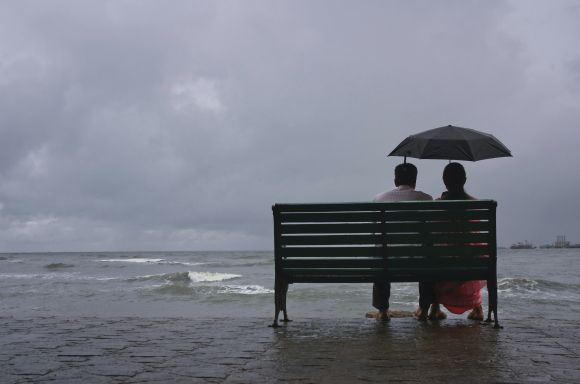 Image: A scene from Kochi: 'Kerala is important in the context of migration to the Gulf'
Photographs: Sivaram V /Reuters

Can you give us some details about the 2011 survey conducted by CDS on migration?

The survey was based on data from 15,000 households throughout Kerala.

We have found that 23 lakh or 2.3 million people have migrated from Kerala. This data also tells us how many people are away and also how many have returned.

Close to 1 million people have come back to Kerala in the last 15 to 20 years.

What were the interesting revelations from the survey?

There was some decline in the number of people going to the UAE because of the global crisis. But then that was compensated by migration to Saudi Arabia. Our studies find that migration to the Gulf is getting stronger.

In 2009 after the global crisis, around 45,000 people came back and the government was trying to rehabilitate them, but what did they do?

They went to Qatar. Those who have worked in the Gulf like to work there again.

It is like, once they understood that by migrating they can have a better life, they will migrate again.

Have remittances from the Middle East gone up over the years?

It is a politically important subject and that's why the chief minister and other ministers are deeply involved in it.

It is a huge vote bank and that is why the government is running up and down.

In the old days, nurses from Kerala used to migrate to Germany. Then, there were many going to Ceylon, Malaysia.

After that the Middle East became the favourite destination. Is this kind of migration specific to Kerala?

It is there everywhere. From Tamil Nadu, people were going to Sri Lanka, Singapore and Malaysia. From Punjab, people go to Canada and the UK.

But Kerala has a typical pattern. Out of 100 migrants, 90 per cent go to the Gulf which is not true in Tamil Nadu or Punjab. So, any problem in the Gulf affects Kerala the most.

There are 5 million Indians in the Gulf out of which 2.3 million are from Kerala.

Remember, Kerala has only 3 per cent of India's population, but they constitute 50 per cent of the Gulf's migrant Indian population.

So, Kerala is important in the context of migration to the Gulf.

'Most Kerala migrants work like slaves in the Gulf' Image: A migrant worker at a construction site on a hot summer day in Dubai.
Photographs: Ahmed Jadallah/Reuters

Does lack of employment opportunities that drives Keralities out of Kerala?

No. If that is so, how come 25 lakh (2.5 million) people are coming into Kerala to work? Because of higher education, they don't want to take up certain kinds of jobs.

What is the reason for this mentality?

In the 1970s when people started going to the Gulf, they started making money there. It is like the demonstration effect.

Men are pressurised by their families to go to the Gulf and work. Most of them work like slaves there.

Is it any different from nurses going abroad to work?

Yes, it is different. They go to places like Ireland, Canada, the UK, etc. and make more money. To gain some initial experience, they go to the Middle East first which is called step-migration. From there, with the experience gained, they go to the UK or Canada or Europe.

'There's no dignity of work in Kerala' 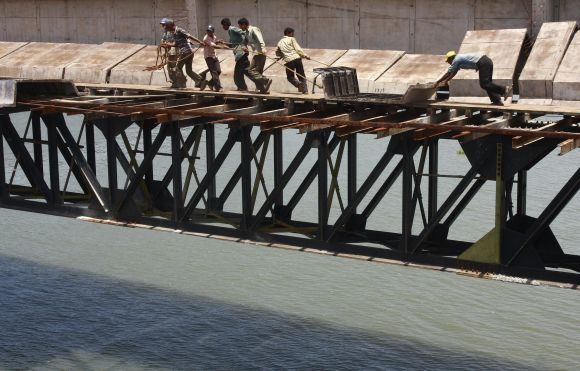 Image: Labourers drag an iron girder across a bridge under construction over the Vembanad Lake in Kochi
Photographs: Sivaram V/Reuters

The commonality is the attraction of wages. A person in Bihar gets Rs 75 or 100 in his village, but he gets Rs 300 in Kerala. Kerala is the Gulf for those coming here.

I would say there is no dignity for work in Kerala.

Is this attitude confined only to Kerala?

Yes, it is. Keralites feel it is demeaning to do certain jobs. They feel there is no dignity in saying that they work as a bathroom cleaner in a hotel. They will clean the bathroom in the Gulf, but won't reveal what they do.

That is why I say, there is no dignity for work in Kerala.

Do only unskilled and semi-skilled workers migrate to the Gulf?

There is more unskilled and semi-skilled migration, but skilled people also go to the Gulf.

Our survey has found that 60 to 70 per cent of those who go to the Gulf have completed only 12 years of school.

How has the migration affected the social fabric of Kerala?

It hasn't been much talked about, but it is a very serious issue. There are 10 lakh (1 million) women in Kerala whose husbands are away. This has serious social implications.

When I came to Kerala 25 years ago, I thought the Kerala development model is the best -- but now I know it is the worst model of development.

What do you offer your citizens? Is living longer and living a lonely life an achievement?

What kind of development are you talking about?

Investment in education is the best thing Kerala did, but you have not given the kind of education that would open the minds of people. They are literate, but not really educated.

Historically, people migrate from one country to another for more money and better opportunities. We call this push and pull factors. Mobility is part of human development.

Now, more people are coming in.

Do you see a crisis developing because of migration?

I don't see any crisis for Kerala. I am sure the migration to the Gulf will continue for another 20 years.