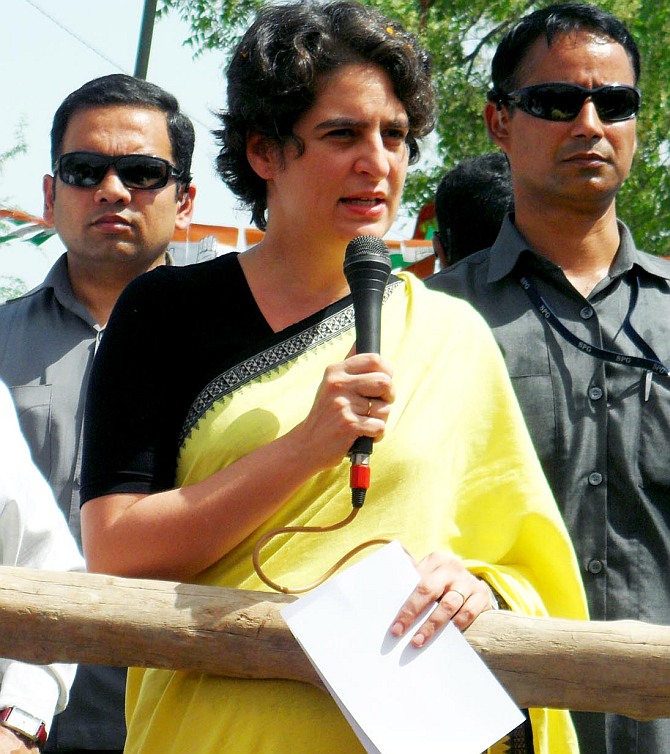 In a veiled attack on Narendra Modi, Priyanka Gandhi on Friday said there is a leader in the country who wants power for himself and makes repeated demands to strengthen him.

Campaigning for her mother Sonia Gandhi in Amethi, she also alleged that books with baseless material written about her family were being dumped a night before at places where her public meetings were scheduled.

Holding that the level of election campaign in the country has stooped down to a very low level, she said, "Politics is seen with a sense of service, but few leaders in the country do not think about that."

However, Congress Vice President Rahul Gandhi's politics was not that to demand, but that of a sense of service, she said. 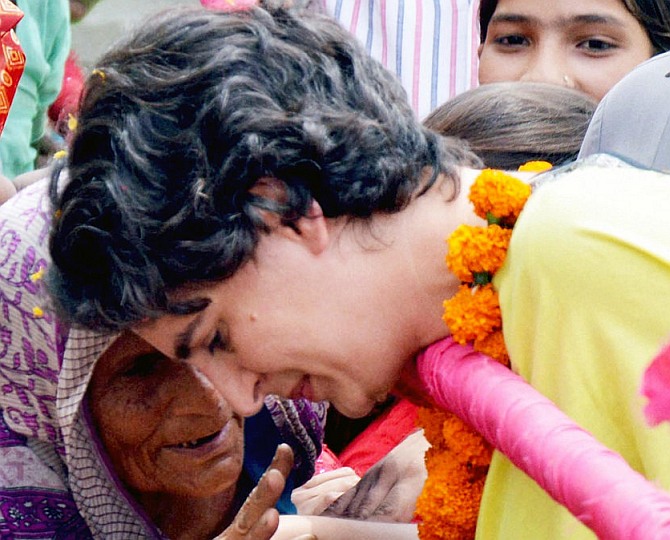 "My father had a visionary political thinking and Rahul has learned from him. The parameter and strategy of Amethi's development was prepared by Rajiv Gandhi 35 years ago, this is the reason barren land is not visible here," she said.

Priyanka said that books containing false accusations against her family have been found at places where her public meetings have been scheduled.

"I have come to know that at places where my public meetings are scheduled some books are thrown a night before in which dirty and false things are written about my family. Those indulging in such activities are cowards," she said at Shahgarh Shaheed Chowk in Gauriganj Assembly area.

"If they have to say something, they should come in front of me and talk. Indulging in such activities at midnight is not justified," she said.

Blaming Opposition for the absence of proper power supply in Amethi, Priyanka said her "hands are tied" because of a court case in the matter. 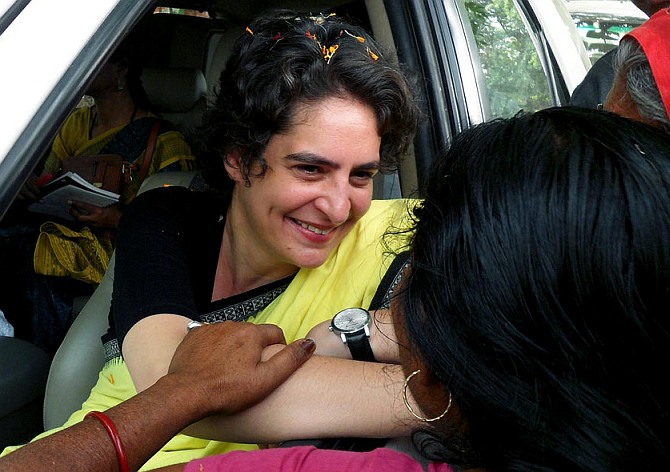 Addressing an election meeting attended mostly by women in Amethi, she said the party had made many efforts to provide 24 hours power supply but despite that it could not do so.

"Power supply is the state government's responsibility. After Mulayam Singh government assumed power in UP, Sonia ji and Rahul ji approached him for continuous power supply in Rae Bareli and Amethi. Mulayam Singh decided immediately to provide power to these areas.

In a veiled attack on BJP's Smriti Irani, she charged, "A candidate has come here. Her party people filed a case and got round-the-clock power supply stopped."

"It was asked in the case as to what was special about these two areas that power should be supplied for 24 hours. That is why the case is stuck here and our hands are tied. Until the case is resolved, 24-hour power supply cannot be resumed," she said. 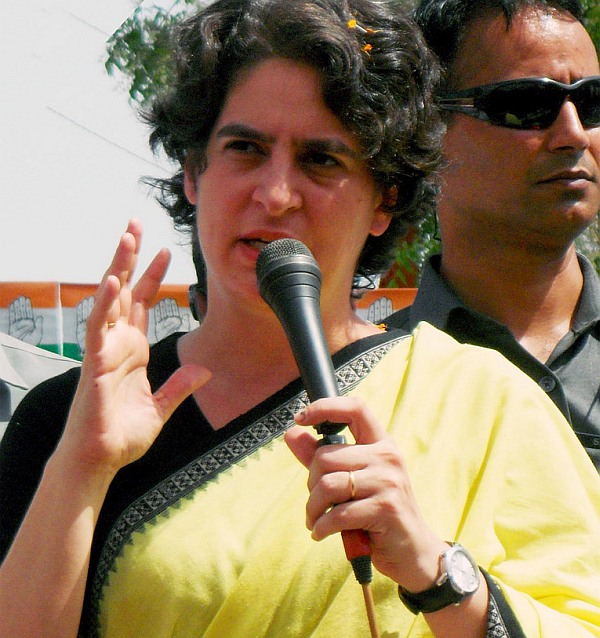 Targeting women voters, she said, "This is election time and one should say what can be done for women empowerment."

In a bid to strike an emotional chord with voters, she said, "I will not ask for your votes. I want your love. You have stood by our side in good times and bad times. We will be with you all the time."

"This is Amethi. I am coming here since childhood and I will keep coming when I will become old also," she said.