Sign in  |  Create a Rediffmail account
Rediff.com  » News » 'Let Anna say once that he is against party formation' 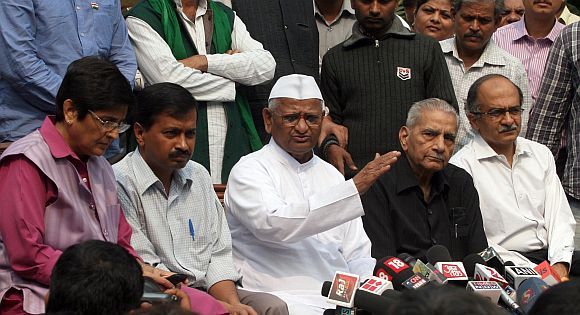 Top Team Anna members have rejected criticism that Anna Hazare was forced to adopt the path of political alternative and claimed that he was fully involved in the decision to go political.

As a first step, Team Anna may test the waters in the Delhi Assembly elections next year while skipping the polls in BJP-ruled Gujarat and Himachal Pradesh later this year.

The members said propaganda machinery was working overtime to drive a wedge between Hazare and the other team members which, they feel, would fail.

Activist Arvind Kejriwal even offered to immediately withdraw from going ahead with the political alternative if Hazare says he is against the formation of a party.

Kiran Bedi, however, added a line saying Hazare also gave the option to remain in the anti-corruption movement for those who were not willing to follow the political path. 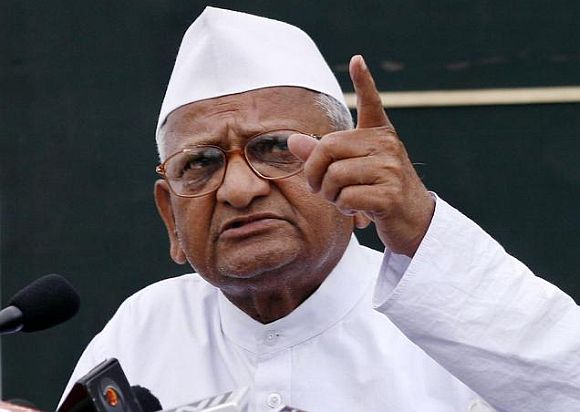 The views of Kejriwal, Bedi and others came in the context of speculation that Hazare was against the team pitching into politics for changing the system.

"Anna heeded to public demand and is convinced that there was no road left other than providing political alternative. Anna clearly directed us to start forming political party," Kejriwal wrote on micro-blogging site Twitter.

"Let Anna say once that he is against pol(itical) party formation, we will immediately withdraw," he said, adding that Hazare was extremely sharp politically and fiercely independent.

Anna cannot be influenced by anyone, he added.

Bedi told reporters, "Anna had said that those people who think are ready for political party, then they should take that option, but those who think that the movement is also necessary, Anna has kept both options open."

In reply to a question, she wrote on Twitter, "I have repeatedly made known that I am not aligned towards electoral politics. Its against my nature. Public service is." 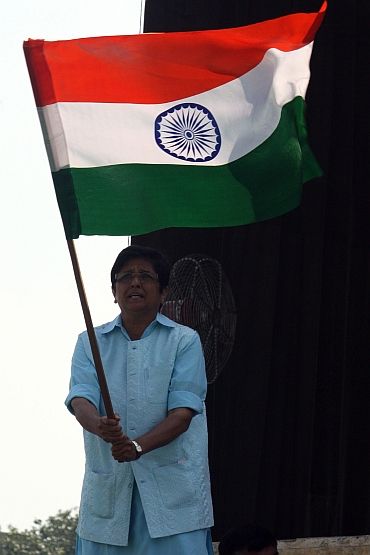 Bedi said Hazare told them that the movement will continue and she was saying it from day one that there should be no misunderstanding as both the options are kept open -- politics as well as the original movement.

"Everyone has his or her orientation, so according to that some go for politics and some will go for movement and both are necessary at this point of time," she said.

On August 3 while calling off his fast, Hazare had announced the formation of a political alternative though he had said he would not be a member of the party.

Justice Santosh Hegde, who was also associated with the movement, said he is convinced that Hazare was right in not going political. "I don't think Team Anna would be able to successfully float a party and find candidates for all constituencies," he said.

Sunita Godara, another Team Anna member, claimed that the activist did not pressurise anyone but said that they were free to choose their own path. However, she said, "he (Hazare) told us that we are not yet ready to enter the political fraternity."

Members of the erstwhile Team Anna met in New Delhi on Sunday morning to chalk out their strategy to form a party which was attended by Kejriwal, Bedi, Manish Sisodia and Prashant Bhushan among others. 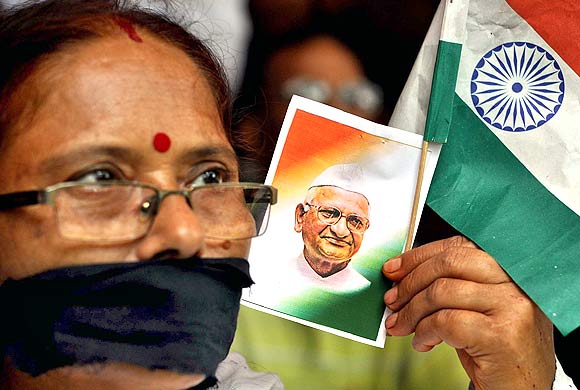 The day also saw Bedi arrive at the fast venue though Hazare and other members of the team have kept away.

Sources said Team Anna before taking the plunge in 2014 general elections, they are likely to test political waters first in the Delhi assembly polls.

Sources in India Against Corruption said a large number of volunteers in a meeting yesterday pitched in for fighting the Delhi assembly elections first.

This could mean the activists, who decided to turn their anti-graft movement into a political one, will give a miss to assembly elections in Himachal Pradesh and Gujarat.

The sources said the volunteers raised the demand at a meeting on Saturday attended by Arvind Kejriwal, Manish Sisodia and Gopal Rai among others.

Kejriwal told volunteers that their first focus will be on Congress-ruled Delhi. He also asked volunteers to start working in all the 70 constituencies in Delhi, they said. 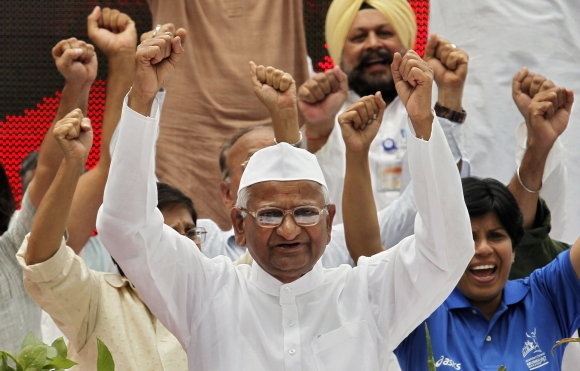 The decision early this month to take a political plunge had created a rift in the Team Anna with a section of members like Santosh Hegde opposing it.

There were also claims from a section of the team that Hazare was not keen to take a political plunge but was forced by some of his colleagues, an allegation denied by Kejriwal.

Though it had made clear its intention to have a shot at power in the 2014 Lok Sabha elections on an anti-corruption plank, Team Anna had not talked about contesting the assembly elections slated this year-end.

Anna Hazare and his team have been targeting the UPA government on Lokpal issue for the past 16 months but were earlier undecided whether they would target the BJP governments in Gujarat and Himachal Pradesh this year-end and Karnataka next year by contesting elections there.

Team Anna had talked about a political alternative which they had claimed will be people-centric.

Defending its decision to go political, Team Anna had said their numerous protests and fasts did not yield any result as the government stonewalled their demands and showed little interest in bringing those guilty of big scams to book.