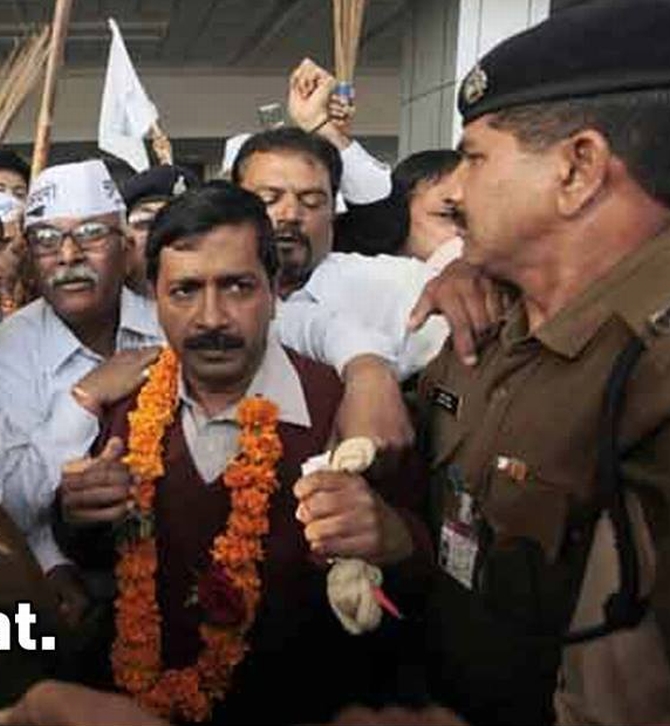 Attacking Modi, Ashutosh, senior AAP leader and the party's candidate from Chandni Chowk, tweeted, "Kejriwal's arrest in Gujarat proves that Modi is scared of him and the AAP and also proves that he thinks Gujarat is his fiefdom".

"The people of India will not tolerate this dictatorship. Kejriwal is on a private visit to study Gujarat's development," he tweeted.

"Kejriwal was going and he had no flags or wasn't with any candidate. He was not even doing any type of campaigning for polls. Police stopped him and took him to the police station. If this kind of behaviour is given by Gujarat to a former chief minister of a state, I don’t know how the Gujarat government is flaunting about the law and order of their state," he said. 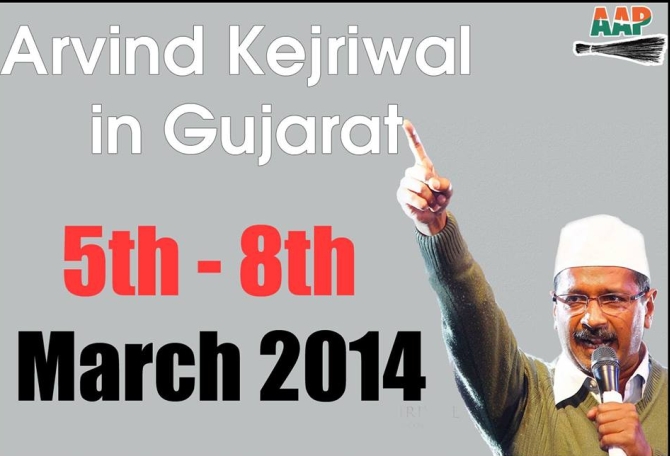 Earlier, taking on Modi on his home turf, Kejriwal had accused the BJP PM candidate of trying to stall his visit to Gujarat -- after he was briefly "detained" by police -- and said he did not find any evidence of development.

As he embarked on his four-day tour to verify Modi's claims of providing water, power, education and healthcare to the people of his state, the former Delhi chief minister was taken to Radhanpur police station in north Gujarat and allowed to go after half an hour.

AAP's state convener Sukhdev Patel claimed that Kejriwal was detained, but police denied it, saying they had only “briefed" Kejriwal on the model code of conduct which came into force today with the declaration of the poll schedule.

Kejriwal alleged that the police had acted on "orders from the top".

"We came to know in the morning itself that all the DSPs have been instructed to stop Kejriwal under any circumstances. Modi has also been sending some people with black flags. We know they will resort to such tactics," Kejriwal said.

"They stopped us and claimed that we were violating the model code of conduct. I told them that none of our vehicles were carrying stickers or any symbols of our party. So we were allowed to go," Kejriwal said. 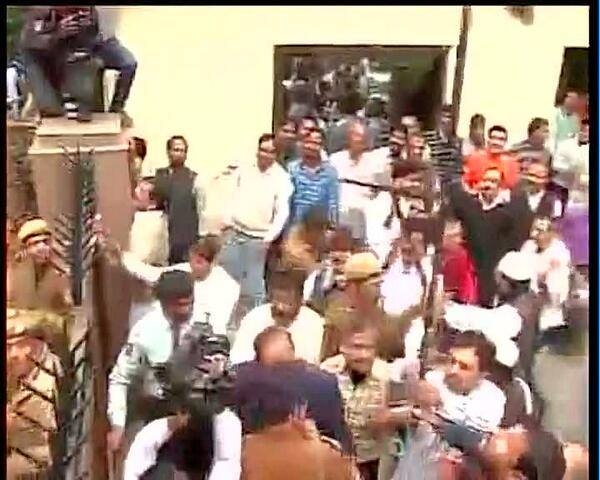 But police had a different version.

"He was not detained. Since the election dates have been announced, we just wanted to make sure that he follows the model code of conduct and takes due permission. Thus, we took him to the police station to brief him about the same," said Parikshita Rathod, Patan district superintendent of police.

Kejriwal was heckled at some places by protesters, who showed black flags and shouted slogans claiming the AAP was "anti-Narmada" and called him an "agent of the Congress".

Kejriwal, on his route from Ahmedabad city to north Gujarat on the first day of his four-day tour, interacted with villagers, visited government hospitals in backward areas and addressed small gatherings.

After visiting a few villages in north Gujarat, he claimed that "no evidence of development can be seen". 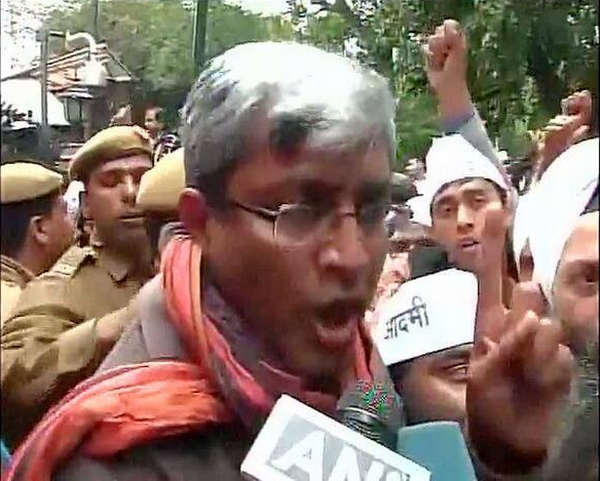 "Gujarat government and the media says there is 'Ram rajya' in this state. (They say) Education has developed, health issues have been resolved, corruption has been dealt with...So we have come here to see that development in Gujarat," Kejriwal had said after his arrival at the city airport.

Meanwhile, scores of AAP supporters staged a protest outside BJP headquarters in Delhi, hours after Arvind Kejriwal was detained in Radhanpur town of North Gujarat.

Police resorted to the use of water canons to disperse the demonstrators. AAP activists also clashed with BJP workers.

The demonstrators had reached the BJP headquarters at 11 Ashoka Road at around 5 pm.

They shouted anti-Modi slogans, claiming that Gujarat police had acted on the behest of the BJP's prime ministerial candidate.