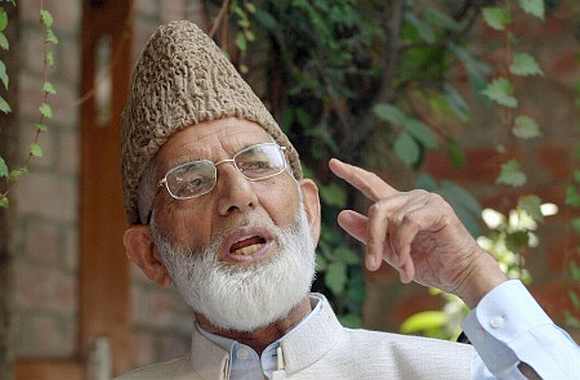 Demanding that Jammu and Kashmir be considered a "disputed territory", hardline separatist leader Syed Ali Shah Geelani on Sunday said that people there should be given the right to "self determination".

"Kashmir's struggle for self determination and secession has been fought through sacrifices and this suffering of the Kashmiri people will never go in vain," the hardline Hurriyat leader said.

Geelani was addressing the first conference of the Revolutionary Democratic Front, a federation of revolutionary mass organisations in Hyderabad.

'Azaadi of Kashmir is an inevitability' 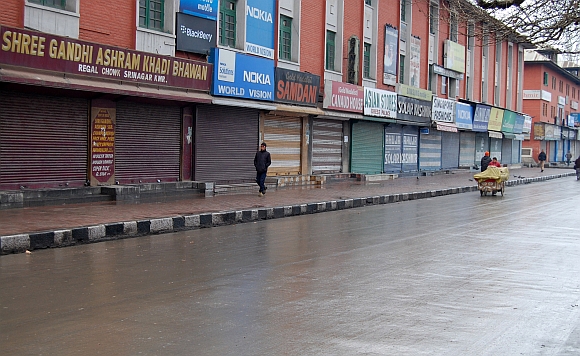 Image: Srinagar during a curfew

According to a release, Geelani further said, "India should respect the United Nations Resolution of 1948 to consider Kashmir as a disputed territory and the people should be given the right to self determination."

"The people of Kashmir have been fighting for inquilab (revolution) with the fundamentals of justice, moral values and freedom," said Geelani, who is the chairperson of the All Parties Hurriyat Conference.

"Azaadi of Kashmir is an inevitability and we will not accept anything less than Azaadi (freedom) from India," the release quoted him as saying.