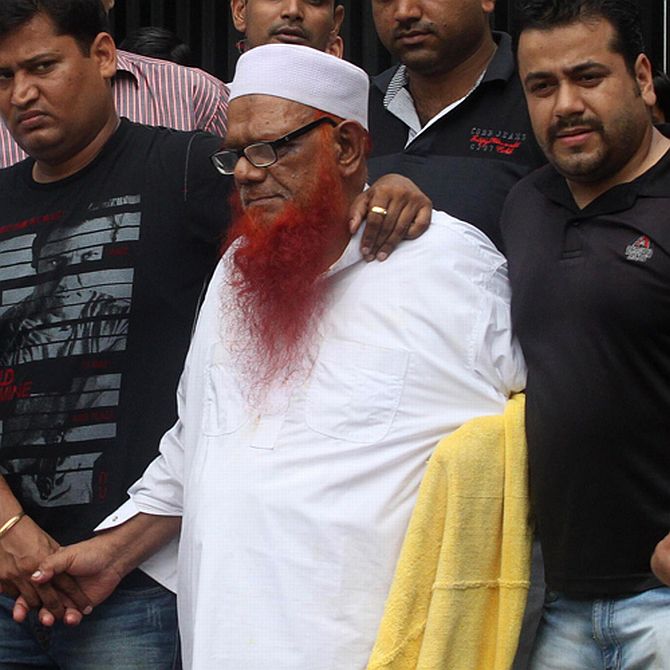 From an expert bomb maker to a small time shopkeeper selling perfumes near Muridkee in Pakistan, Abdul Karim Tunda has claimed that top Lashkar-e-Tayiba commander and Mumbai attack mastermind Zaki-ur-Rehman Lakhvi calls the shots in the terror outfit.

A composed 70-year-old Tunda, whom the security agencies term as a walking encyclopedia of LeT pan-India operations, spoke about his differences with Lakhvi during police investigations and gave instances how this cropped up in several discussions, official sources said in New Delhi.

Tunda, a close aide of underworld don Dawood Ibrahim and one of India's most wanted terrorists, was arrested on Friday after being on the run in several countries for 19 years.

Tunda has also revealed that Dawood was being protected by the ISI and that the Pakistani Army has deep rooted links with the mafia don, as per Delhi Police sources. Tunda has also told interrogators that he had met Dawood several times in Karachi.

During his stay in Pakistan, Tunda told the police he had been in touch with organisations like ISI, LeT, Jaish-e-Mohammed, Indian Mujahiddin and Babbar Khalsa and had been meeting people like Hafiz Saeed, Maulana Masood Azhar, Zaki-ur-Rehman Lakhvi, Dawood Ibrahim and several others wanted by India.

Calling the scope of his interrogation a 'vast canvas', the official said that Tunda, an expert bomb maker, is a bigger catch then Abu Jundal, a key Mumbai attack handler, for security agencies because of his intensive networks across India, Pakistan, Bangladesh and Nepal.

"He has met the leaders of almost all anti-India organizations and even their small operatives. Tunda was constantly in touch with ISI and has worked with them closely," the official said. 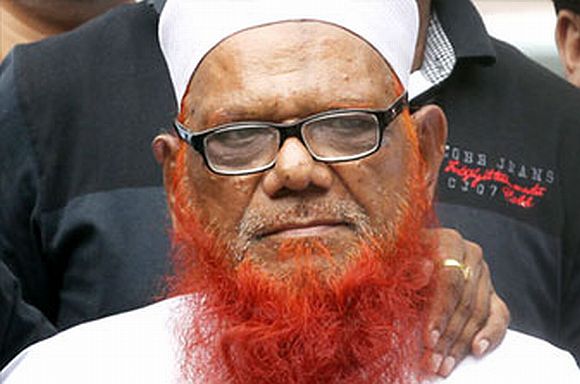 Despite being one of the founders of LeT's pan-India operations, Tunda's remorse is that he could not scale the terror outfit's hierarchy as he was termed as a spent force once he arrived in Pakistan from Bangladesh in early 2000.

He claimed that he had not been included in LeT's "bleed India" policy strategy leaving him, his three wives which included a teen-aged Bangladeshi girl and six children virtually on the streets.

In order to earn a livelihood, Tunda, who had helped in indoctrinating many youths from India for terror activities, was given a two storied house bang opposite to Markaz ul Jamaat-ul-Dawah in Muridkee of Sheikhpura district of Punjab where he used to sell perfumes.

According to the police official, Tunda has been running a number of madarsas in Karachi under the name of Mehdud-Taleem-Islam-e-Dar-Al-Funoon for which he gets a lot of donations for individuals and organizations. Here he indoctrinates youth to join jehad and gives them training to use arms and ammunition.

There is a batch of around 200 youth of all age groups in every batch, the official said.

The penetration level of his network and structure can be gauged by the fact that that in September-October 2010 when Babbar Khalsa International (BKI) leader Wadhawa Singh wanted to push explosives in India through Bangladesh he contacted Tunda for it, it was stated.

"The explosives which were assembled outside Pakistan were to be sent somewhere in Delhi or Punjab. However, the plan failed as Tunda's operatives were arrested in Bangladesh before they could execute the plan," the official said 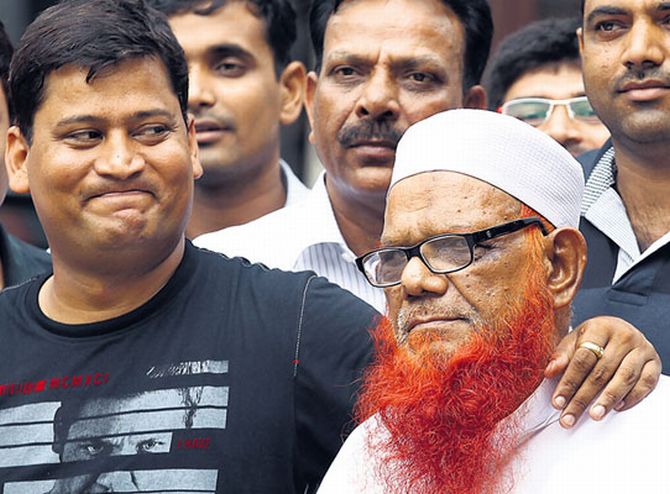 Born in a lower middle class family at Delhi, Tunda moved to Pilkhuwa, near the town of Ghaziabad, in his teens and later shifted to Mumbai, where he set up a business dyeing textiles after his job as a 'Hakeem' in the 80s failed to take off in Ghaziabad.

According to police sources, Tunda became radicalized and joined Jehadi forces in 1985 after some of his relatives were killed in communal riots in Bhiwandi, Maharashtra. After fleeing to Bangladesh, Tunda married an 18-year-old girl at the age when he was 56.

After his initial association with Tanzim Islahul Muslimeen (TIM), or Organisation for the Improvement of Muslims, Tunda told his investigators that he started following the belief of the Jamaat Ahl-e-Hadis', an ideology being followed by LeT.

"Tunda has got great oratory skills through which he influences people, especially youth. He is a sort of 'motivational speaker' who encourages his disciples to join jihad. Due to his ability to 'motivate' people he remains in great demand by terrorist organizations to give a 'pep talk' to their men," the official said.

To carry out a terror attack, you need a man, motivation and a bomb. Tunda provides all of this and that is why he is so popular among all terror outfits. His job is recruiting, motivating and providing explosives, he said.