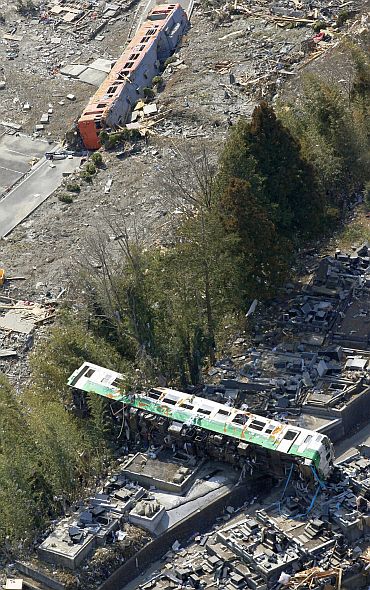 Some 2,000 bodies were found on Monday on two shores in Miyagi Prefecture, the worst hit by Friday's earthquake and massive Tsunami, as Japan continued to struggle to grasp the full extent of the disaster.

The findings will significantly increase the death toll from the magnitude 9.0 quake and ensuing tsunami, with police having so far confirmed 1,647 deaths and 1,720 people missing across the affected areas in northeastern and eastern Japan, Kyodo news agency reported from Miyagi's main town Sendai.

About 1,000 bodies were washed ashore on the hardest-hit Miyagi's Ojika Peninsula while another 1,000 were spotted in the town of Minamisanriku where the prefectural government has been unable to contact about 10,000 people, or over half the local population.

Official death toll excludes about 200 to 300 bodies in Sendai 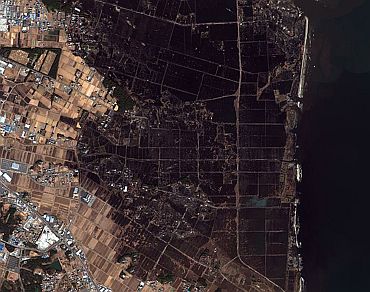 The official death toll excludes about 200 to 300 bodies in Sendai, the capital of Miyagi, that have yet to be recovered by police and other workers due to the difficulty of reaching them amid the devastation and rubble.

About 450,000 people had evacuated by Sunday in Miyagi and five other prefectures.

Water, food and fuel are in short supply in various locations where people have taken refuge, prompting the government to decide to airlift supplies by Self-Defence Forces helicopters.

No news of the 2,500 missing tourists 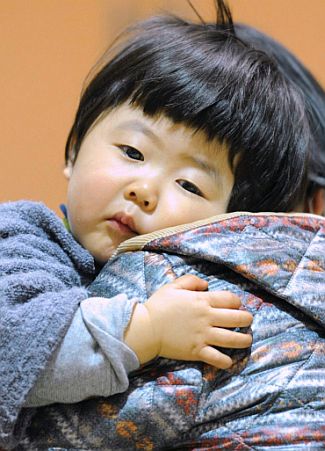 The whereabouts of about 2,500 tourists who were visiting the quake-hit areas have not been confirmed, the Japan Tourism Agency said.

Prime Minister Naoto Kan said on Monday in a meeting at the government disaster headquarters that emergency workers have so far rescued 15,000 survivors.

A Maritime Self-Defence Force destroyer rescued 32 people around the quay at Ishinomaki port on Saturday, the Defence Ministry said separately. 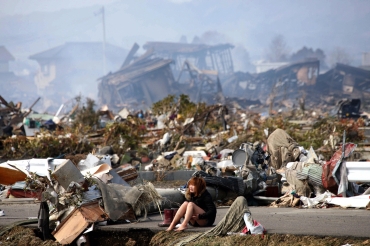 With the country's largest recorded quake having crippled some nuclear power plants in the Tohoku region in northeastern Japan, Tokyo Electric Power Co is set to start an unprecedented rationing of power in the Kanto region surrounding Tokyo later in the day to make up for an expected power shortage.

The region-specific outages, expected to last at least until the end of April, will affect most of the 45 million people in the power firm's service area in Tokyo and eight prefectures, with railway operators suspending most services in the region through Monday. 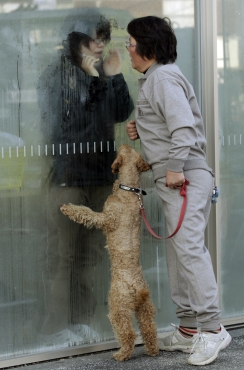 Communication failures also continued in quake-hit areas centering on Miyagi and Iwate prefectures, with 561,000 phone lines and 221,400 fibre-optic connections operated by Nippon Telegraph and Telephone East Corp remaining out of service as of 6 am (local time).

Chief Cabinet Secretary Yukio Edano was quoted by the Kyodo news agency as saying that the plant operator Tokyo Electric Power Co. confirmed that the blast did not damage the container of the No 3 reactor, allaying fears that the blast may have caused a massive release of radioactive substance.

'Container's health has been maintained' 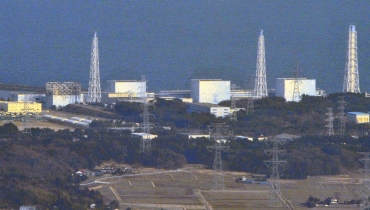 "According to the plant chief's assessment, the container's health has been maintained," Edano said, adding, "The possibility is low that massive radioactive materials have spattered."

Edano said the blast that blew away the roof and the walls of the building housing the container was similar to an explosion Saturday at another reactor of the same plant, after Friday's magnitude 9.0 quake.

Other media reports said that the explosion was heard from 40 kilometers away.

Sea water to cool down the reactors 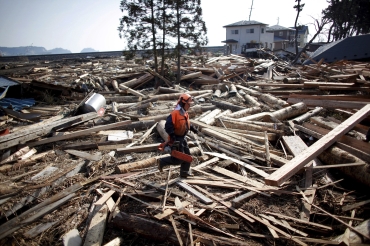 The top government spokesman said operations to pour sea water into the reactor to cool it down were continuing and the level of pressure in the container was stable, Kyodo said.

Japan's Nuclear and Industrial Safety Agency said wind was not blowing in the area and the radiation level had not significantly risen.

The radiation at the plant's premises on Monday rose over the benchmark limit of 500 micro sievert per hour at two locations, according to the report.

But radiation levels are rising 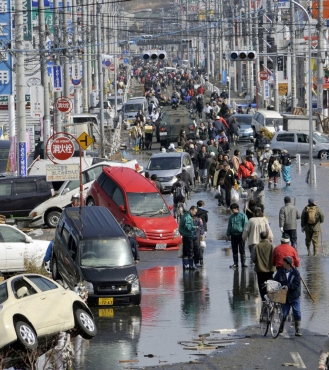 The hourly amounts are more than half the 1,000 micro sievert to which people are usually exposed in one year. The maximum level detected so far around the plant is 1,557.5 micro sievert logged on Sunday, Kyodo reported.

Seawater was being poured into the plant's 1 and 3 reactors to help cool their cores, which are believed to have partially melted after part of the fuel rods were no longer covered by coolant water when levels fell following the quake.

Japan's nuclear agency had earlier declared a state of emergency at another nuclear facility at Onagawa after excessive nuclear radiations were reported there.

Radioactive releases of steam could go on for even months 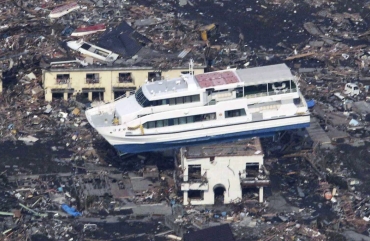 With the World War II nuclear bombing suffering weighing heavily on the national psyche, US and Japanese nuclear experts say that radioactive releases of steam from the crippled plants could go on for weeks or even months.

So far, Japanese officials have said the melting of the nuclear cores in the two plants is assumed to be "partial", and the amount of radioactivity measured outside the plants, though twice the level Japan considers safe, has been relatively modest.

But, the New York Times quoting Pentagon officials reported on Sunday that helicopters flying 60 miles from the plant picked up small amounts of radioactive particulates -- still being analysed, but presumed to include cesium-137 and iodine-121 -- suggesting widening environmental contamination.

What nuke plant operators are doing 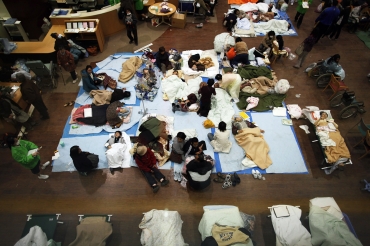 Japanese reactor operators now have to periodically release radioactive steam as part of an emergency cooling process for the fuel of the stricken reactors that may continue for a year or more even after fission has stopped.

The plant's operator must constantly try to flood the reactors with seawater, then release the resulting radioactive steam into the atmosphere, several experts familiar with the design of the Daiichi facility was quoted as saying by the paper.

The essential problem is the definition of "off" in a nuclear reactor. When the nuclear chain reaction is stopped and the reactor shuts down, the fuel is still producing about 6 per cent as much heat as it did when it was running, caused by continuing radioactivity, the release of subatomic particles and of gamma rays. 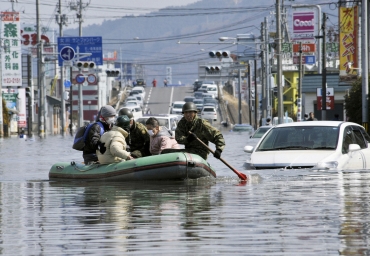 Usually when a reactor is first shut down, an electric pump pulls heated water from the vessel to a heat exchanger, and cool water from a river or ocean is brought in to draw off that heat.

But at the Japanese reactors, after losing electric power, that system could not be used. Instead the operators are dumping seawater into the vessel and letting it cool the fuel by boiling. But as it boils, pressure rises too high to pump in more water, so they have to vent the vessel to the atmosphere, and feed in more water, a procedure known as "feed and bleed", the paper said.

When the fuel was intact, the steam they were releasing had only modest amounts of radioactive material, in a non-troublesome form. With damaged fuel that steam is getting dirtier.